Singer of “Satan, Bite the Dust!” and “R.I.O.T. (Righteous Invasion of Truth)” believed in the power of celebrity and spectacle to draw people to Jesus.
Daniel Silliman|February 16, 2021 10:26 PM 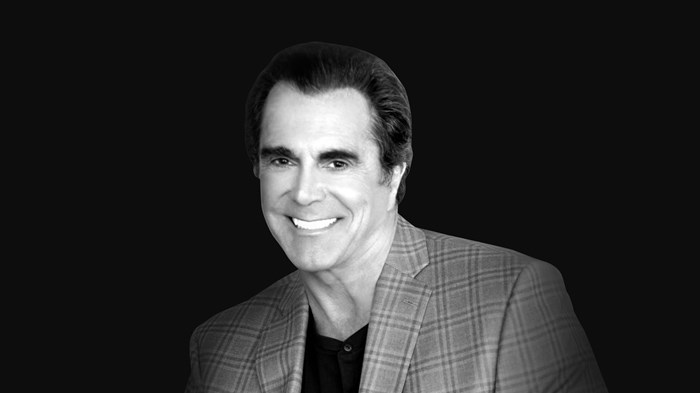 After a 40-year career in Christian music, Carman died in Las Vegas Tuesday night due to complications from surgery. He was 65.

He was a one-name celebrity, and for those who knew him, the Christian singer and showman ranked in the highest echelons of American stardom, up there with the other mononymous divas: Madonna. Cher. Liberace. Carman.

For those who didn’t know him, the single name was repeated as a question. Carman? But if Carman’s star never quite secured its place at the zenith of American fame, he never let that dim his belief in his own celebrity, the awesome power of the concert-show-crusade-event, and his commitment to producing a pop spectacle for Jesus.

“The music is the best means I have of reaching the most people in the quickest way to win them to Christ,” Carman said. “I think an artist owes it to his audience to thrill them and impress them. It lets people know there is joy in being Christian.”

Carman, born Carmelo Domenic Licciardello and raised the youngest of three children in an Italian American family in Trenton, New Jersey, won seven Dove Awards. He was nominated for four Grammys, named Billboard’s Contemporary Christian Artist of the Year in 1990 and 1992, and sold more than 10 million albums. In 2013, 30 years after his first hit and on the heels of his cancer diagnosis, his fans raised $280,000 for him to go on a 60-city tour.

“When Carman resumed touring again a few years ago, he was concerned that no one would care that he was back. He was wrong. Every night fans packed out venues, and his ministry was as powerful as it ever was,” Matt Felts, Carman’s manager, said in tribute. “This world has lost a light in the darkness, but today Carman saw firsthand the fruit of his labors.”

A little bit of a vanity project

The singer had many fans who loved him effusively and described how much he had strengthened their faith.

“All of his music touches my heart. I thank God for blessing Carman with the gift of music,” wrote one Christian on Carman’s Facebook wall.

Another described how much his song “Satan, Bite the Dust” meant to her.

“That was the best Carman,” she wrote. “When the enemy attacks you, remember he’s defeated and when we get to heaven you’ll have the grand opportunity to kick the devil’s fat butt back into hell.”

The singer also had fans who celebrated him as the pinnacle of the weirdness of 1990s youth group culture. They could, like Carman himself, be both incredibly earnest and completely tongue-in-cheek in their appreciation of his art.

“It’s impossible to look at this body of work and not conclude that being a Christian pop/spoken word star wasn’t a little bit of a vanity project for Carman. Even more so than being a Christian pop star is in general, I mean,” wrote Tyler Huckabee, senior editor at Relevant magazine, ranking the singer’s top 10 music videos, which all star Carman.

“But let’s give him more credit than that. … He saw it all, first and foremost, as something exciting; a call to be Clint Eastwood, James Bond and William Wallace all rolled into one. If that’s a little bit egocentric, it’s also pretty fun.”

Carman was born in 1956 to a meat cutter and a musician. He described his mother Nancy Licciardello as a “child prodigy on the accordion.” She gave Carman his love of the stage and his first chances to perform. He filled in when a band member failed to show up at a local New Jersey gig.

Carman dropped out of high school at 17 and achieved some early success performing Top 40 in Atlantic City. When he turned 20, he decided to try to make it as a lounge act in Las Vegas.

In Carman’s heightened version of the story, repeated to reporters numerous times over the years, he was doing so well performing in the New Jersey casinos that a talent agent approached him about “representing my interests and helping my career,” but the agent was linked to the DeCavalcante crime family, which was known for extensive extortion and racketeering in New Jersey. The young Carman decided to leave town in his green Chevy Vega.

In Las Vegas, Carman struggled to break into the music scene or make a name for himself. He took a break to go visit his sister, also named Nancy, in Orange County, California. Nancy and her husband, Joe Magliato, pastor of the Son Light Christian Center, were worried about Carman’s salvation and tried to convince him to accept Jesus. Carman resisted, later recalling that he believed what they were saying but was just too proud.

Confronted with the truth

He wasn’t too proud to accept an invitation to go to a music festival at Disneyland, though, and Carman heard the gospel message again at the Andraé Crouch show. This time, he accepted.

“I was confronted with the truth and I received it,” Carman said. “It wasn’t that he was doing anything musically that hadn’t been done. But when he was singing you could feel the presence of God, and it was a whole new ballgame.”

The decision to follow Jesus ended Carman’s music career, and he spent the next five years doing odd jobs around Southern California—until he started performing in churches and then got swept up into the booming contemporary Christian music scene.

In 1981, Carman started traveling as an opening act for the Bill Gaither Trio. He signed with a new label, Priority, which almost ended his career when it closed within a year and didn’t release the rights to his recordings. He was snatched up by Myrrh, however, and started over with the song “Lazarus, Come Forth.”

He released “Sunday’s on the Way” in 1983, with the opening lyrics:

The demons were planning on having a party one night.
They had beer, Jack Daniels, and pretzels,
There was red wine, some white.
They were celebrating how they crucified Christ on that tree.

Over the next 10 years, Carman released 12 albums, with five reaching the number one spot on the Christian charts. He absorbed and adapted every conceivable pop style, repurposing them into rock-opera-like narratives, “story songs,” starring Carman and built around his signature style of talk-singing. Huckabee described it as “a sort of rhyming, spoken word, preach-rap that defies description.”

The Gospel Music Hall of Fame said his performances were a “combination of drama, rock, comedy, funk, satire, acting, singing, and preaching, all woven together.”

Carman, for his part, celebrated the indescribability of his style.

“There’s one thing you can say about my music,” he said. “It’s uniquely my own. And you don’t have to listen to the same sound for 10 songs.”

With his success in Christian music, he expanded into music videos, films, and megaconcerts. He is believed to have set a record for the largest Christian concert in 1993 with 50,000 people in one venue in South Africa, and then again in 1994, with more than 71,000 in Texas.

He sometimes had his doubts about his success, though.

It started to happen in the 2000s. His career slowed, he was dropped by his record label, and he struggled to strike a deal with a new recording company. Then Carman suffered a series of personal tragedies: He lost money in the financial crisis; his brother died; he had a falling out with his sister; a close friend died in a small plane crash; he was in a car wreck and suffered internal injuries.

In 2013, he received a terminal cancer diagnosis. As Carman wrote to his fans on Facebook, the doctors told him he had incurable myeloma and three or four years to live.

After an outpouring of support, Carman launched a Kickstarter campaign to fund one final album and tour. He raised $280,000 and started the No Plan B tour. When the cancer went into remission, he attributed his healing to the faith of his fans.

“Folks, you are the ones who have literally willed this man and this ministry back to life!” Carman wrote.

Carman got married for the first time at the age of 61 and continued to tour when the cancer returned in 2020. He billed it as “Carman Live: A CinemaSonic Experience.” The tag line read, “It’s a concert. A movie. A play. A crusade. A must see event!”

According to Carman, he was doing the same thing he’d done his whole career: “I’m making Jesus very palatable to our American culture, I guess you can say. In a way that anybody can relate to.”

He died of complications following hiatal hernia surgery. At the end, he was planning another tour.