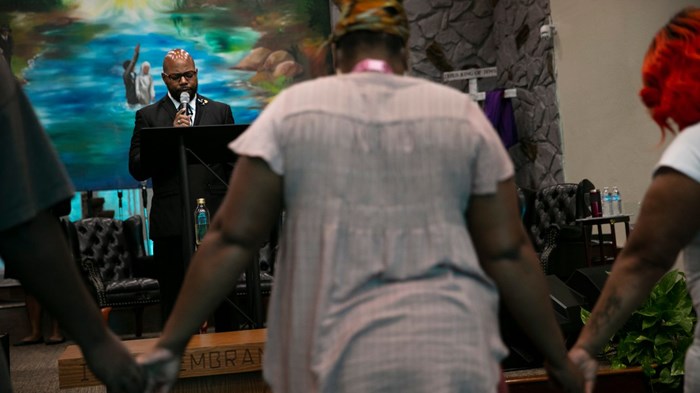 A new survey from Barna Group confirmed what many faithful African American believers have known all their lives: Despite changes in society and politics, the black church holds steady as a refuge.

While African American leaders say the black church plays a different role in today’s racial justice movement than it did when Martin Luther King Jr. led the charge during the civil rights era of the 1960s, black Americans increasingly see the church as a source of comfort as their sense of political disempowerment grows.

“Given the coinciding increase in a broader sense of powerlessness, present attendees in Black churches may see their congregations as autonomous spaces to reclaim agency and be a part of worship communities influenced by the vision and hopes of Black people,” the researchers wrote.

Though released today, this Barna report comes from surveys taken in April and May 2020, months before the election and weeks before George Floyd’s death spurred a reckoning over racial injustice. The data is part of the State of the Black Church project, scheduled to be released in full this summer.

“Many of these efforts have been led by younger Christian leaders who feel strongly about the prophetic witness of the Black Church,” she said in a response to CT.

“Additionally, many of these leaders have made the ‘boomerang’ journey—having grown up in traditional Black churches, then moved into multiethnic or predominantly white churches in early adulthood, then returned to the Black Church, motivated to build upon the rich history of the Church and expand its influence and relevance for the next generation.”

Strong majorities of both black Americans (71%) and those who attend black churches (79%) see both spiritual and social issues as the church’s priorities today.

“During the Civil Rights movement, the Black Church was the organizational center and brainchild of movement activity,” said Kendra King Momon, lead pastor of Victory Midtown in Atlanta and an expert in African American politics and the legacy of Martin Luther King.

“Today, we are witnessing a needed pivot away from simply ‘preaching the gospel’ to the collective Black Church being the gospel.” Momon sees the church claiming its place by speaking up against injustice and social issues.

Maina Mwaura, a minister and writer covering the black church, said he recognized “a sense of powerlessness and maybe even a lack of hope” among black Americans, but also saw them “rising up and finding their voice” during the recent election season.

Vice president-elect Kamala Harris became the first black woman elected to the White House, and Atlanta pastor Raphael Warnock’s highly watched runoff win helped flip the US Senate. Barna found that black churchgoers—those who identify their church as a “black church” and say the pastor and the majority of the congregation are black—are more likely to consider themselves Democrats than the black population overall (76% to 67%).

A. R. Bernard, founding pastor of the Christian Cultural Center megachurch in Brooklyn, sees a sense of momentum in the current movement compared to the “deferral of hope” the stirred black social activists like him in the ’60s.

“Here we are dealing with some of the same issues, but in a different way,” he told Barna, saying the country is not as divided over race as it was then. “We have for the first time in American history, a national consensus of moral outrage. … We now have this momentum for change within American culture that is being fueled by that consensus.”