Property dispute between Orthodox church and government that sparked mass protests in the Balkans ends—for now—with a strengthening of religious rights for evangelicals and other faiths.
Jayson Casper|January 22, 2021 11:57 AM 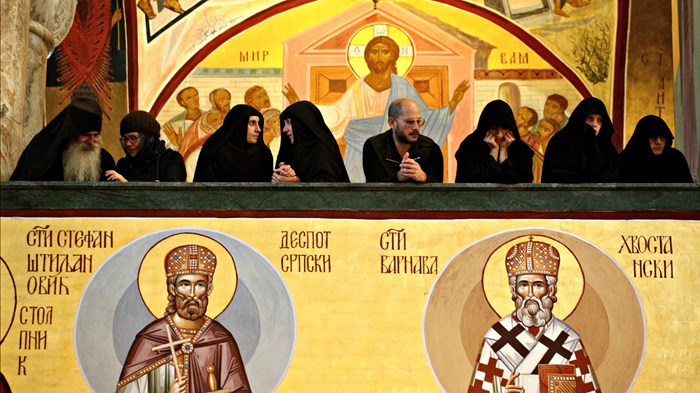 Europe’s second-newest nation made a second effort this week at greater religious freedom.

And evangelicals in Montenegro, the Balkan nation independent from Serbia since 2006, couldn’t be more pleased.

“This is a great blessing, we are out of the gray zone and drawn into legal existence,” said Sinisa Nadazdin, pastor of Gospel of Jesus Christ Church located in the capital city of Podgorica.

“We were permitted before, but now we know our rights and duties.”

Montenegrin evangelicals were pleased with the new law’s first iteration a year ago as well. But in between, the controversial text split Montenegro’s 75-percent Orthodox community, and nearly tore the nation apart.

Controversially passed last February by lawmakers aligned with the 30-year ruling Democratic Party of Socialists (which ran the regional government when the nation was part of Serbia), ethnic Serbian politicians stormed out of the session in protest.

At issue were not the general provisions of the law, which guaranteed the right to change religion, to establish religious schools above the elementary level, and to conscientiously object from military service.

Rather, a clause in the religious freedom law required all religious communities to provide evidence of ownership for properties built prior to the 1918 integration of Montenegro into the Kingdom of Yugoslavia.

Critics interpreted it as a challenge to the Serbian Orthodox Church.

Failure to do so would transfer ownership of hundreds of ancient churches and monasteries to the state, to be regarded as part of Montenegro’s cultural heritage.

Church leadership rallied the faithful in protests throughout the year. The end result was a narrow electoral victory for an alliance of opposition parties, including the ethnic Serbian-led Democratic Front.

Their first priority was to change the religious freedom law.

“This is the ‘Year of Justice’ in Montenegro,” Vladimir Leposavic, newly appointed Minister of Justice and Human and Minority Rights, told CT.

“Our amendments are an example of how we will fight for the rule of law, with clear norms and nondiscrimination.”

Seeking to strengthen the law further, the amendments also specified the right of a religious community to have its own teachings, to elect its own leaders, and to create affiliated bodies. Jews and Muslims are permitted special diets in schools, prisons, and public institutions such as the police and army.

And as a boon to smaller movements, only three persons are required to establish a religious community.

Evangelicals number between 200-300 believers, worshiping in six registered churches. Nadazdin believes a few currently informal fellowships will soon apply. Others have no intention to register, and the new law gives them this right also.

But the DPS, seeking to undo the changes, will soon send it to the nation’s Constitutional Court.

“The former regime is using all the mechanisms of power to make things difficult,” said Nadazdin. “The new government will have to work very hard to dismantle the previous structures.”

But this week’s vote was actually a confirmation of earlier passage on December 28, this time met with thousands of ethnic Montenegrin protesters chanting “Treason!” After DPS-aligned lawmakers boycotted the session last month, Djukanovic referred it back to parliament for further discussion.

According to Leposavic, this rule had been rarely used in Montenegro’s history. The president similarly refused dismissal of army chiefs and prominent ambassadors.

And using the constitutional right of 26 members to refer any law to the top court, the religious freedom law remains in limbo.

Last month, the chief justice of the parallel Supreme Court resigned, facing criticism from the European Union (EU) that she had stayed on beyond her legally limited two terms of service.

Montenegro has sought EU membership since 2012, and joined NATO in 2017. While the new ruling parties have worried some citizens with promises of better ties with Serbia and Russia, they have also pledged continued integration into Europe.

Leposavic expressed no fear the law would be annulled.

“There is a legitimate concern that some members of the court might be connected to the old regime, and will not be objective,” said the former Fulbright scholar at American University, where he specialized in international human rights law.

“But they must justify their decision, and there is no chance that any part of this law can be seen as discriminatory.”

Not all evangelicals support the removal of the 1918 property clause, however.

“The law is clearly pandering to the Serbian Orthodox church,” said one pastor, who requested anonymity to share this view so as not to offend the Orthodox with whom he is sharing Christ.

“It creates a possible legal pathway for buildings bought with government money to pass into ownership of a church with legal headquarters in Belgrade.”

But overall, the law is “beneficial” for evangelicals, he said.

However, whereas the government promised it would consult with all religious communities prior to drafting the amendments, Stanisa Surbatovich, one of two evangelical ethnic Montenegrin pastors in the nation, said it was “disappointing” that evangelicals were overlooked.

“In five days, this government has done more for dialogue with religious communities than the previous one did in five years,” he said. “Now we have a real chance to celebrate multiculturalism in Montenegro.”

Formerly legal counsel for the Serbian Orthodox Church, Leposavic admitted there was a short timeframe for consultation. But as an Orthodox believer, since his appointment as justice minister he has distanced himself from the church in order to emphasize his impartiality.

“Try me,” he told the religious communities, calling by phone and frantically visiting them. “I know it is a short period of time, but we are ready to adopt everything in line with the constitution.”

Even so, representatives of the Muslim, Catholic, and Jewish communities complained they did not have time to present official statements. The Montenegro Orthodox Church, a breakaway body not recognized by other Eastern Orthodox churches, also said it was ignored.

Evangelicals sent a “hey, we are here too,” letter, said Nadazdin. Signed by the six registered evangelical congregations and the Seventh-day Adventist Church, it noted the omission but signaled positive good will to work with the ministry.

Leposavic stated he did not contact the Montenegrin Orthodox Church because its strident position against the removal of the property clause was well known, and he didn’t wish to provoke them further.

And it is not possible to lose control of national heritage to a foreign-based church, he said. Serbian Orthodox Church canon law states all properties are owned at the diocesan level.

As for the evangelicals, Leposavic told CT they enrich Montenegrin life by connecting the nation to the contributions of the Protestant Reformation.

“Their biggest contribution is to exist, and when they do the flower is more beautiful,” he said. “They hope for better relations, and we have to help them.”

Nadazdin believes Leposavic knew the general evangelical stance toward the law through shared contacts with Orthodox church officials. And he understands the justice minister had more pressing matters than to meet with such a small community.

But while he sees hints that the new government will follow through to implement the law in a way never done under the old regime, it “would take a lot of nerve” to assert confidence.

To some extent, Nadazdin said, evangelicals mirror the national ethnic divide in their response to the government. But there is the additional issue of traditional opposition from the Orthodox church.

With a government aligned so closely to the Serbian bishops, the disconnect between proclaimed consultation and actual reality makes pastors nervous.

Leposavic said he encountered skepticism from the churches, engrained through Montenegro’s long history with communism. He knows he must listen better than the previous regime, and be objective.

“I think they deserve a chance,” said Nadazdin.

“As evangelicals, this is as far as we have ever gone.”