The ministry leader believed declining US churches could be revitalized by hearing Wesleyans “with a different accent.”
Daniel Silliman|July 30, 2021 12:00 PM 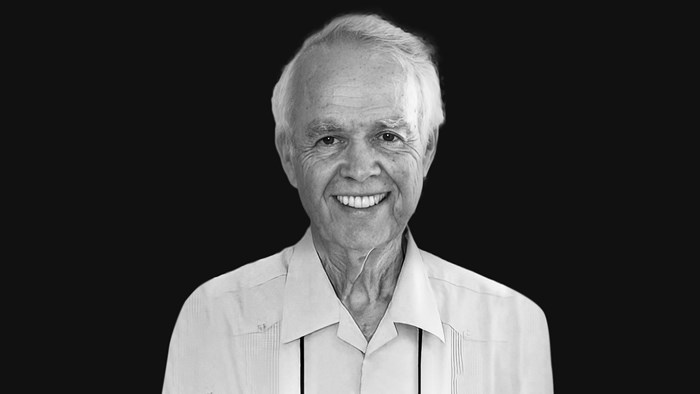 Image: Courtesy of the Holsten Conference of the UMC / edits by Rick Szuecs

H Eddie Fox, who hoped to renew American Methodism through evangelism and increased connections with global Christianity, died on Wednesday at age 83.

Fox led World Methodist Evangelism for 25 years, teaching, training, and empowering Methodists and Wesleyans to share their faith, and encouraging churches to make evangelism a priority. He pioneered several new initiatives that were popular in United Methodist Church (UMC) congregations, and he helped American churches connect with fellow Wesleyans outside the United States, especially in formerly communist countries after the collapse of the Soviet Union.

From 1989 to 2014, when Fox directed the world evangelism program, Methodists increased around the globe by about 1 million per year, even as the US membership of the UMC declined by about 2 million overall. Fox saw a direct link between the theology of the church and its vitality.

“Wherever the church is faithful to the doctrine, the sound teaching, the Discipline, the way of life—which is the way you order your life—and the spirit, openness to the Holy Spirit, you'll find a church that's dynamic, contagious and alive,” he said when he retired. “And where that is not true, you’ll find a church to be a dead sect, having the form but not the power thereof. That’s been a focus of my ministry. It’s been a call we’ve stood on for many, many years.”

Fox taught more Methodists how to share their faith than any one else in his lifetime, and became, for many, the evangelistic face of Methodism. He also taught at the Billy Graham School of Evangelism at Wheaton College for 15 years.

“He was dynamic and alive with his passion for the gospel, especially evangelism,” said Maxie Dunnam, past president of the World Methodist Council and president emeritus of Asbury Theological Seminary. “There was a sense in which you felt drawn in from the moment you met him.”

Methodists around the world mourned at news of Fox’s death.

“Methodism has lost one of its most prominent encouragers and enablers of evangelism and church growth across the world, and The United Methodist Church in Estonia has lost a dear friend,” said Christian Alsted, a bishop in the Northern Europe and Eurasia Central Conference.

Harold Edward Fox was born in East Tennessee in July 1938. The rural area was known by its creek, rather than nearby town or Pigeon Forge or the county seat of Sevierville, and Fox always told people he was from Waldens Creek.

He was a seventh-generation Methodist. His father, Marshall, and mother, Geneva Perryman Fox, were devout Christians, and the young Eddie could trace his Christian heritage to the 1787, when the American followers of evangelist John Wesley separated from the Church of England and started sending circuit preachers throughout Appalachia.

Fox personally committed his life to Christ at age 9. Then, at a church camp at age 16, he felt a call to ministry. His mother gave him a word of caution.

“You better be sure about that,” she said. “It will be hard any way you do it, but it will be impossible unless God has laid his hand on you.”

Fox was sure, and received a license to preach in 1955 at the age of 17. He went to junior college at Tennessee Wesleyan, then earned a degree from Hiwassee College, where he married Mary Nell Leuty during their senior year. That same year, the future connector of global Methodism saw the ocean for the first time.

When Fox graduated from seminary at the Candler School of Theology at Emory University, he went back to East Tennessee and became a pastor in the Holston Conference. He spent 15 years on the UMC’s Board of Evangelism, and then, in 1989, was asked to lead World Methodist Evangelism.

Like many Methodists at the time, Fox was concerned about the declining membership in the UMC in the US and he wanted to find ways to help churches do more outreach. He became especially passionate about the importance of evangelism, though, when he took a trip to Estonia, which was under the occupation of the Soviet Union.

“I saw people stand for two hours in the worship service,” he said. “I saw people weep just to be taking communion. I wept too.”

He saw a sharp contrast with American Methodists.

“We’ve bought into this idea that religion is a private matter,” Fox told The Tennessean in 1998. “We’re persuasive about most things in our lives—this diet, that movie. But when it comes to faith, we don’t want to interfere, so we don’t ask people to church.”

After the dissolution of the Soviet Union, Fox developed a program connecting American congregations with Methodist churches in former communist countries, starting in Czechoslovakia and Estonia. “Connecting Congregations for Christ” was so popular, it soon expanded to churches in Africa, South and Central America, and Asia. By the time Fox retired, there were 186 connections.

“Churches are going to hear the Word with a different accent,” he said. “Maybe they’ll hear it more clearly.”

At Methodist conferences in the US, Fox started telling a story about a church bell in Varna, Bulgaria. In the 1960s, he said, communist authorities had ordered the local church to remove the bell, so they could no longer summon the area Christians to worship. Three men took it down, but then instead of melting it down for the metal, they buried it in a secret garden.

Forty years later, Fox said, they resurrected the bell, rebuilt the church, and when the building was dedicated by Methodist World Evangelism in September 2002, they rung the bell again.

Fox told American Methodists that they had also buried a bell in their lives and needed to ring it again.

“There are parts of our movement which are in decline, and in denial, who are suffering from ‘truth’ decay,” Fox said. “You have a bell—the name is Jesus—and we are called to be the bell ringers through word, deed, and sign in the world.”

In the 2000s, Fox was briefly embroiled in the UMC controversies over LGBT issues. In 2008 he was on the General Conference committee that recommended the denomination drop the doctrinal statement that “the practice of homosexuality is incompatible with Christian teaching,” and LGBT people should not be allowed in ministry unless they were committed to celibacy. Fox read the minority report, arguing the church should not change its position. The conference rejected the committee’s recommendation.

A few years later, when Fox received a distinguished alumni award from Candler, students opposed to his position on sexual ethics held a protest.

Fox’s main focus, however, was on empowering people to evangelize. He established a faith-sharing initiative, training lay people to talk about Jesus, and wrote the Faith-Sharing New Testament, which now has 850,000 copies in print. He established the Order of the FLAME—Faithful Leaders As Mission Evangelists—for young clergy committed to evangelism, and he took every opportunity he could to empower people who were already actively spreading the gospel.

“I want to give them wheels,” he said, “so they can go faster and do more for the Lord.”

He spoke with an evangelistic passion that the 18th century Appalachian circuit riders who told his ancestors about the gospel would have recognized.

Fox is survived by his wife, Mary, and their three children Gayle, Timothy, and Thomas Fox.