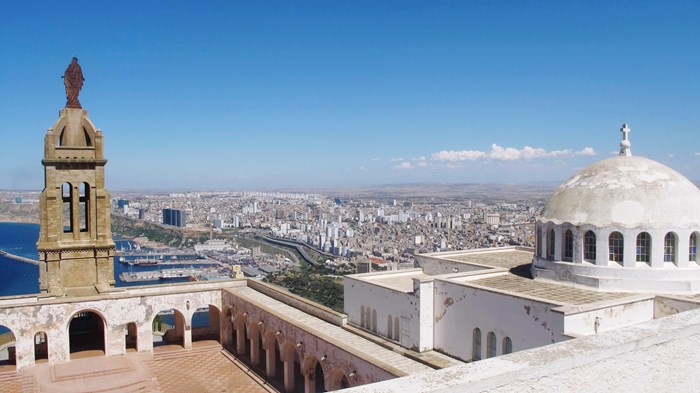 Algerian Christians finally have something to celebrate.

Amid a rash of church closures the past two years, the North African nation’s Council of State returned a historic worship site in Mostaganem, a port city on the Mediterranean coast, to the Algerian Protestant Church (EPA).

The EPA loaned the building, which dates to the French colonial era, to the Ministry of Health in 1976. But in 2012, when the site’s medical clinic changed locations, the local governor gave the facility to an Islamic charitable association.

The EPA sued, and the case was decided in its favor in 2019.

That year, however, marked an escalation against Protestant churches. Three of Algeria’s largest congregations were shut down, and the Mostaganem authorities failed to implement the court decision.

But with 20 other churches ordered to cease activities—and 13 sealed completely—Algerian Christians remain cautious.

“Just because we have the keys,” said Nourredine Benzid, general secretary of the EPA, “doesn’t mean the case is over.”

Benzid’s Source of Life Church in Makouda was among those closed in 2019. Located in the mountainous Tizi Ouzou district, the area is home to many of the nation’s estimated 100,000 Christians.

By contrast, the Mostaganem church was empty when it was loaned to the government. But today a pastor and believing community are in the city, and the EPA intends to reopen the building for worship.

Founded in 1974 and officially recognized in 2011, the EPA serves as an umbrella organization for Algeria’s Protestant community. But while a 2006 ordinance guaranteed non-Muslims the protection of the state, it also stipulated that worship can be conducted only in buildings approved for that purpose by the National Commission for Non-Muslim Religious Groups.

To date, not a single church has received permission.

The nation ranks No. 24 on Open Doors’ World Watch List of the most difficult countries for Jesus followers. Only three years ago, it ranked No. 42.

Last December, the United Nations wrote a letter to the Algerian government asking for an explanation. The reply from Algiers noted the freedom of religion provisions enshrined in law, as well as historic churches renovated at public expense.

But the Protestant community, it said, demonstrated “intransigence” when its places of worship—not churches—were inspected. After “amicable” steps had been exhausted, the premises were closed down “to preserve the lives and safety of citizens.”

“It is a lie, from beginning to end,” he said. “We have documents for every church.”

He advised a wait-and-see approach with Mostaganem, given parliamentary elections later this month. The government in Algiers is keen, Benzid said, to gain international approval.

Once attention passes, authorities may appeal.

The newly reclaimed keys may find their locks—like the other closed churches—sealed with wax.

“We urge the US and other governments that are economic and security partners with Algeria to raise the issue of freedom of religion with the Algerian government,” said Wissam al-Saliby, advocacy officer for the World Evangelical Alliance.

“It is our assessment that international advocacy and support for the Protestant Church of Algeria is preventing the situation from deteriorating further.”

Saliby commended the Algerian judiciary for its decision to respect human rights. But he urged the government to reopen all closed churches and to drop charges leveled against Christians for alleged proselytism or blasphemy.

In March, a convert identified only as Hamid was sentenced to five years in prison for blasphemy after sharing a caricature of Muhammad on social media.

Benzid linked the Mostaganem church with cases such as this. If future verdicts reverse earlier court rulings, it may be a sign the government in Algiers is demonstrating it will deal positively with the Protestant church.

Yet given the opportunity this month, it failed to do so.

On June 4, the administrative court of Oran, Algeria’s second largest city, issued an implementation order to seal three area churches. While the decision was made a year earlier, the congregations had been allowed to continue operations—until now.

And on June 6, in a case filed in 2017, Oran pastor Rachid Seighir and his bookstore assistant received a one-year suspended sentence on charges of proselytism. Fined $1,500 each, their books were ruled to violate provisions of the law that forbid “shaking the faith of a Muslim.”

They will appeal to the high court.

Until then, the EPA will monitor developments and hope the international community will do the same. The Mostaganem ruling—though appreciated—should not be overvalued.

“The most important step is to reopen our churches,” said Benzid. “One ruling alone does not give us hope.”