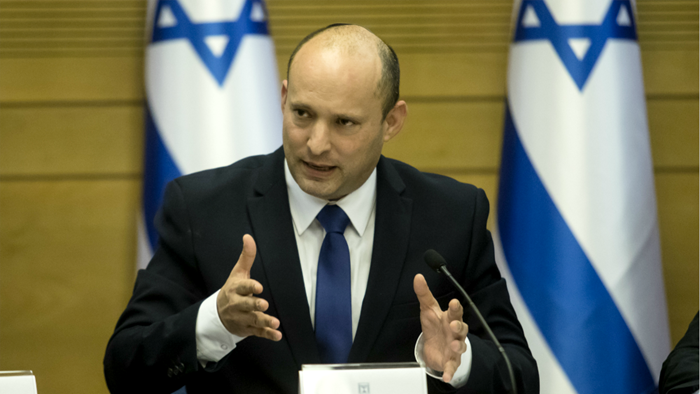 A diverse group of American evangelicals congratulated Naftali Bennett on becoming the new prime minister of Israel and successfully forming a coalition government, offering reassurance on to Israelis concerned about Christian support after Benjamin Netanyahu’s departure.

“We pray that God grants you wisdom and strength as you make hard decisions that will affect the lives of millions, and we trust that He will answer those prayers,” wrote more than 80 religious leaders, organized by the Philos Project, a group promoting “positive Christian engagement” with Israel and pluralism in the Middle East.

The letter expressed appreciation for Netanyahu and everything he did “to strengthen Israel and its alliances” over the past 12 years he served as prime minister. It also welcomed the change brought by Bennett, a religious Jew and former Netanyahu disciple who formed an alliance with multiple parties across the political spectrum to oust Netanyahu.

“We want to thank you in advance for protecting our shared values as they apply to Israel’s citizens, whether Jews, Christians, Muslims, or Druze; for guarding the holy sites and welcoming religious pilgrims from around the world to discover the birthplace of their faith; for defending Israel from outside aggression; and for continuing to work toward peace with Israel’s neighbors,” the letter said. “In return, we pledge to deepen our friendship with your country and its wonderful people.”

Some Israeli political commentators have worried about evangelical support for the new government. In the run-up to the election, former Israeli ambassador to the US Ron Dermer argued Israel should be very concerned about losing the support of American evangelicals.

Those fears seemed to be confirmed when Mike Evans, founder of the Jerusalem-based Friends of Zion Heritage Center and the Jerusalem Prayer Team, lambasted Bennett in an open letter.

The Jerusalem Prayer Team’s Facebook page had 77 million followers before it was taken down in May, and Evans is regularly described in Israeli media as a prominent American evangelical leader and even the “world’s largest evangelical leader.”

“Shame, shame, shame on you. Don't ever call yourself a defender of Zion. You're not,” Evans wrote to Bennett in early June, while Bennett was negotiating to form a coalition government.

“I will fight you every step of the way. You have lost the support of evangelicals 100 percent,” Evans said. “We gave you four years of miracles under Donald Trump. We evangelicals delivered it. You delivered nothing. What appreciation do you show us? You s— right on our face.”

Evans later apologized for using rude language, but repeated his opposition to Bennett and any other political figures who might attempt to replace Netanyahu.

“You’re gonna wave a white flag of surrender—not a blue and white flag—a white flag, because you’re so blinded by your hatred, by your petty politics and your obsessions with power that you can’t see the trees for the forest,” he said.

Evans also reiterated his claim to represent American evangelicals, and referred to “my 77 million evangelicals” in his press conference.

Other American evangelicals with a record of strong support for Israel stepped in to say that not everyone felt the same as Evans.

“While Evangelicals do highly respect and appreciate Netanyahu, their love for Israel is not tied to one man,” wrote Joel Rosenberg, a Christian fiction author and founder of All Israel News. “Christians of course know that at some point Netanyahu will move on, but they sincerely want to bless and strengthen Israel for the long haul regardless of who is in power.”

Rosenberg is one of the dozens of leaders who signed the Philos Project letter.

It was also signed by Methodist, Pentecostal, Southern Baptist, and Missionary Baptist pastors; bishops in the Anglican Church in North America and the International Pentecostal Holiness Church; and representatives from the National Day of Prayer Task Force, the National Hispanic Christian Leadership Conference, National Religious Broadcasters, Pastors Wives of America, and Promise Keepers.

Robert Nicholson, president of The Philos Project, said in a statement that the letter was designed to show broad support.

“This list represents tens of millions of Christians from all over the denominational spectrum,” he said, “who differ on many things but agree on the importance of Christian friendship with Israel based on shared values that come from the Bible.”

US Evangelicals Promise Prayers and Support for ...