Unpacking the motives of an accused undercover American in Israel and lessons learned for Christians wanting to engage Haredi Jews.
Jayson Casper|June 23, 2021 06:00 AM 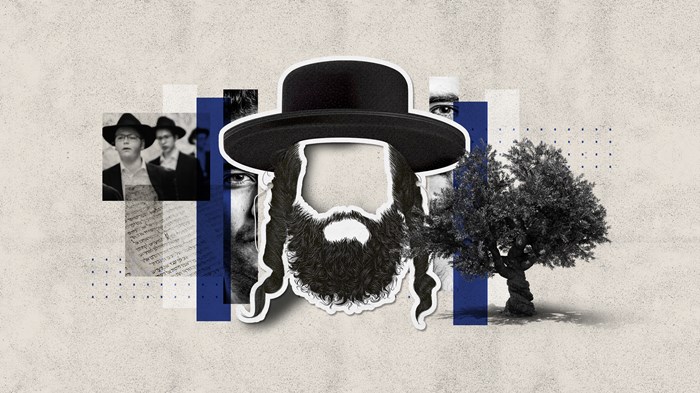 How far can one go to “reach the Jews”?

The apostle Paul put himself “under the law” to give the gospel to his Hebrew brethren (1 Cor. 9:20).

Allegedly a Gentile, Michael Elkohen did the same to reach the modern Jews most fastidiously under the law—the Haredim, often known in English as “ultra-Orthodox.”

Dressed in black-and-white garb with a hat, long beard, and side curls, in 2011 Elkohen appeared next to an Iranian Christian on MorningStar TV and prayed for a Muslim world revival.

“When Jesus walked the earth, he was Jewish,” Elkohen told the host, Rick Joyner. “The church, the non-Jewish part of the body, is supposed to stir us to jealousy.”

For more than a decade, his would-be jealous Haredi neighbors were completely unaware. To the insular community in the French Hill section of Jerusalem, Elkohen was a beloved rabbi, scribe, and mohel—performing circumcisions.

In April, the Israeli anti-missionary organization Beyneynu sent shockwaves through the Haredi world with a report claiming that Elkohen was in fact a missionary from New Jersey, whose father is buried in a Mennonite cemetery.

“Other anti-Semites attack the Jews as individuals or as a people,” said Tovia Singer, a rabbi and founder of Outreach Judaism. “But the missionaries are attacking the Jewish faith and working to erase it from the planet.”

The spiritual damage is considerable.

Though there is no evidence anyone was converted in Elkohen’s community, Singer claims that the alleged missionary’s manuscripts and religious services are all invalid. And his presence at prayer may have falsely achieved minyan, the necessary quorum of 10 adults, prompting Torah readings that to Haredi Jews now constitute speaking God’s name in vain.

The 42-year-old Elkohen first moved to Israel with his family in 2006, obtaining citizenship after presenting papers as a Jew related to a famous mystical rabbi in Morocco. Having obtained rabbinical ordination through an online Orthodox US institution, in 2014 he went on to study at a yeshiva in the West Bank.

It was then he gained the attention of the anti-missionary organization Yad L’Achim, who confronted him. Confessing his evangelistic purpose, Elkohen replied that he had since “repented” and “chose Judaism.”

A few years later, Elkohen was living quietly among the Haredim when they rallied around him as his wife—who said she was descended from Holocaust survivors—died from cancer. The community raised money to support the husband and five children in need.

But in April, Elkohen’s 13-year-old daughter told classmates about Jesus.

Beyneynu investigated and felt it had to act. There are 30,000 missionaries in Israel, the organization estimates, and 300 organizations dedicated to evangelizing Jews.

Messianic Jews were quick to distance themselves.

Michael Brown, a popular radio host, author, and apologist, circulated statements from Jews for Jesus, Chosen People Ministries, and One for Israel that deplore deception.

“I know of no Messianic Jews who support what he did,” Brown told CT. “We are open and forthright about our faith.”

Tsvi Sadan, an author, stated that Elkohen was “probably a loner who … convinced himself that he is a Jew.” He observed that among Christians who decide to keep the Mosaic law, some take it further and live as Orthodox Jews in emulation of Paul’s words to the Corinthians: “To those under the law I became like one under the law … so as to win those under the law.”

“This kind of understanding,” Sadan wrote, “turns Paul into a con artist.”

According to a Pew Research Center report released last month, there are 1.4 million Americans “of Jewish affinity” who are counted separately from the 7.5 million Jews in the United States. With neither Jewish lineage nor religion, 60 percent identify as Christian and 8 percent as Messianic Jews. Meanwhile, Pew found only 4 percent of American adults raised Jewish by religion are now Christian.

“Clearly, if he wasn’t Jewish, it’s pure fraud,” said Jamie Cowen, a Messianic Jewish lawyer. “If he really was Jewish but then masqueraded himself as ultra-Orthodox when he never lived that way previously, I would say it’s misleading at best and fraudulent at worst.”

Brown agreed but held out other possibilities.

Haredi Jews who come to believe in Jesus might initially share their faith in an “underground” way. And Messianic Jews who desire to share the gospel with them might take on Haredi traditions to join the community, provided they were up front about their intentions.

“The problem,” Brown said, “is that if you had any success at all, you would immediately be kicked out of the community.”

Sources described the Haredim as one of the most overlooked unreached people groups in the world. A senior staff member at Jews for Jesus (JFJ), requesting anonymity to protect his efforts in sharing the gospel with Haredim, said they heavily regulate the internet and social media.

Some even engage cell phone companies to supply unique number patterns to their community. Deviation from the pattern immediately alerts the user—and anyone monitoring—of contact from the outside.

Despite its apparent austerity, a major subgroup of the Haredi movement, Hasidism, began as an 18th-century popular revival. Eastern European Judaism at the time confined learning to the educated elite. But Israel Ben Eliezer, known as the Baal Shem Tov—in Hebrew, “master of the good name”—said that the spiritual life is for everyone.

Today, at 13 percent of the population, the ultra-Orthodox are the fastest-growing segment in Israel. But this is from birthrate, not conversion. Averaging 6.5 children per family, their fertility rate doubles that of other Jews. Devastated by the Holocaust, they feel a responsibility to replace those lost.

“We respect the Haredim for their love of the Bible and devotion to the Jewish people,” said the JFJ source. “Do others feel this way? I hope so.”

Yet many do not.

During the pandemic, their close-knit community and commitment to worship were blamed for the spread of COVID-19. Around the world, memories of enmity have given the ultra-Orthodox little trust in the nations that host them. And in Israel, they are the only officially recognized Jewish sect, gaining privileges from the government and obliging public Sabbath observance on secular Jews.

To protect their ways, the Haredim keep a severe culture of honor and shame, shunning anyone who diverges from community standards.

Rick Joyner, executive director of MorningStar Ministries, told CT that his organization sends missionaries into difficult areas, where they may have to conceal their identities as Christians.

“We never sanction denying our faith,” he said. “But we leave it to the discretion of the missionaries how and when to share their faith.”

MorningStar contributed financial support to Elkohen, though it did not send him. Joyner accepted his Jewishness at face value and now withholds judgment about reports in the media.

But he understands the anger. Throughout history, Christians have persecuted the Jews, at times massacring those who refused to give up their beliefs.

“I for one am glad for all the Jews who did not convert to such a false representation of Christianity,” said Joyner. “But it seems that this is now a wound so deep, only Jesus himself can heal it.”

Elkohen believed that Jesus would.

Living in anticipation of the Second Coming, Jewish conversion to Christianity was not Elkohen’s goal, Joyner said. He wanted only to love and learn from the Haredim, ready to help them “once they recognized their Messiah.”

Others are trying to help them now.

Sean Steckbeck, a Gentile from Tennessee, hesitates to call himself a Christian, in deference to his wife. After moving to Israel in 2002, he married a Messianic Jew originally raised in a kibbutz, who later joined an ultra-Orthodox community. Steckbeck’s efforts to obtain Israeli citizenship were ultimately successful, after a 10-year legal battle culminated in Israel’s Supreme Court.

First serving as a youth pastor, Steckbeck also founded Simeon’s Cry Ministries, named after the biblical figure who held the baby Jesus after waiting for the consolation of Israel. Steckbeck trains Messianic Jews in disciple-making movements to fulfill their call to be “light to the nations.”

But three years ago, his team started the Adullam Outreach Center in Jerusalem to help the “off the derech” (OTD) Haredim, those who have left the “path.” Named after the cave where David gathered “all who were in distress” as he fled from Saul, the center provides emergency shelter and classes on how to live in the outside world.

Unorthodox, a four-part Netflix series about this community, was nominated for two Golden Globe awards. It tells the story of a 19-year-old woman who ran away from an arranged marriage.

“OTDs flee because they don’t fit in,” said Steckbeck. “They try but fail to follow the stringent rules, and many swing from one extreme to another.”

Some OTD outreach efforts encourage this, helping young Haredim learn how to party and experiment sexually. Others, run by the ultra-Orthodox themselves, recognize the pull to “sow one’s wild oats” and instead help the wayward return to the law-abiding fold.

Adullam teaches them discernment—and it draws many in.

But it also draws opposition. Last year, an extremist anti-missionary group threw rocks at the center over the course of two weeks, and one participant was stabbed.

Steckbeck is fully transparent about his belief in Jesus as Messiah. Even so, most of Adullam’s programs are run by OTD Haredim, many of whom still believe in God. Though they are often rejected completely by their community, some of their distraught parents try to maintain ties.

“We take a back seat and give them tools to reach their families,” said Steckbeck. “A new believer sharing the gospel is more powerful than a trained missionary.”

Anecdotal reports state there are followers of Jesus among the Haredim, sources said. But since most Messianic Jews came from the non-Orthodox community, efforts to share the gospel with the ultra-Orthodox are still in their infancy.

What would a Haredi expression of faith in Jesus look like?

The JFJ source said there is no desire to pull them out of the only community they have ever known. But Brown said that when there is a sufficient number, a new community would need to be formed.

For Steckbeck, Jesus will call it into being.

“Like Paul said: They have a zeal, without knowledge,” he said. “Ultimately, the Haredim will help the Jews coronate the coming Messiah, once they recognize him as Yeshua.”