The largest Christian adoption agency is now calling on “Christians with diverse beliefs” as it aims to serve more children under a new inclusion policy.
Kate Shellnutt|March 1, 2021 02:00 PM 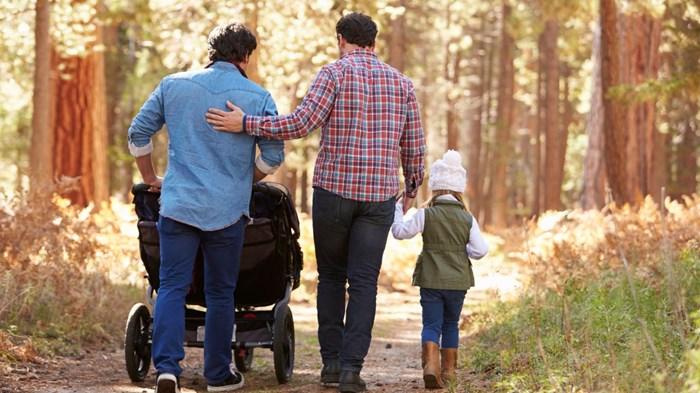 Bethany Christian Services, the largest Christian adoption agency in the United States, has changed a longstanding policy and will now place children with LGBT parents for foster care and adoption across its operations in 32 states.

The news was announced today in a ministry-wide email and first reported in The New York Times. President Chris Pulasky told employees that “Bethany remains steadfast in its Christian faith,” and that the new practices will allow the organization to further its mission “to provide safe, loving, and stable homes to as many vulnerable children as possible.”

The change comes two years after Bethany opted to allow LGBT placements in its home state of Michigan. Pulasky was “disappointed” with the outcome of a lawsuit there, but at the time said if Bethany didn’t comply with state requirements it would miss out on serving thousands of children in foster care.

As legal fights over religious convictions on family and LGBT rights have continued to make their way through the courts and Congress, Bethany Christian decided to incorporate the move toward LGBT inclusion across the organization.

“We will now offer services with the love and compassion of Jesus to the many types of families who exist in our world today,” Palusky said. “We’re taking an ‘all hands on deck’ approach where all are welcome.”

Robin Fretwell Wilson, a legal expert and an adoptee, applauded the move as an example of a Christian organization finding a way forward in the culture wars.

“I was pleased to see them talk about this as ‘all hands on deck’,” said Wilson, who directs University of Illinois’s Institute of Government and Public Affairs and is known for her role in advocating for Fairness for All legislation to safeguard religious liberty. “We need Bethany—and all the Bethanys of this world—to continue their work … They have recentered on their mission, on helping children, and they found in their theology a way to do it.”

The decision came as a disappointment, though, to some religious liberty advocates who wish to see greater legal accommodations for ministries to operate based on their convictions.

“The need is great for distinctively Christian adoption and foster care services, including that children need both mothers and fathers. Moreover, this move will harm already existing efforts to enable faith-based orphan care ministries to serve the vulnerable without capitulating on core Christian convictions,” said Russell Moore, president of the Ethics and Religious Liberty Commission and author of Adopted for Life: The Priority of Adoption for Christian Families and Churches.

“The better way to serve is to hold the line when Caesar wants to be Messiah too. The state has no right to serve as lord over the conscience. Nonetheless, many evangelical orphan care ministries are working, and will continue to work, for vulnerable children in need of families, while still holding to the faith.”

The Supreme Court is currently weighing a case involving a Catholic foster care agency in Philadelphia that had its contract with the city terminated because it wouldn’t work with LGBT couples. Since Bethany began accepting LGBT placements, it has become an option for Catholic Charities in Philadelphia to refer couples to if necessary.

“This illustrates what Catholic Social Services has said from the beginning: that there are many options available for LGBTQ families, and there is no need to take options away from children and families by shutting down agencies with different religious beliefs,” said Lori Windham, senior counsel at religious liberty nonprofit Becket Fund.

Bethany no longer includes in its position statement a line about upholding God’s design for marriage as between one man and one woman, but it doesn’t come out and affirm same-sex marriage either.

“Faith in Jesus is at the core of our mission. But we are not claiming a position on the various doctrinal issues about which Christians of mutual good faith may disagree,” said Nate Bult, Bethany’s vice president.

The organization continues to have staff sign a statment of faith based on the popular evangelical Lausanne Covenant, according to Bult, but has not required employees to adhere to a code of conduct or other restrictions around sexuality.

The move toward LGBT inclusion was endorsed by three former executive directors of the 75-year-old Christian organization.

Barna Group research found that three-quarters of self-identified Christians agree that Christian agencies should comply with LGBT requirements from the government rather than shutting down.

“At Bethany, we believe the Bible is the living Word of God, and we still believe in God’s plan for marriage and family as it is outlined in the Scriptures,” Palusky wrote for CT in 2019. “At the same time, it is clear to us that Bethany cannot cede the foster care space completely to the secular world and leave children without the opportunity to experience Jesus through our loving care.”

Bethany names spreading the love of Jesus as its primary motivation and holds regular prayer gatherings for staff. (During the pandemic, employees from across the US and six countries have been able to worship together online.)

“We acknowledge that discussions about doctrine are important, but our sole job is to determine if a family can provide a safe, stable environment for children,” Bult said. “Unlike many other child and family welfare organizations, Bethany is committed to partnering with churches to find as many families for vulnerable children as possible, and we seek to place children with families that share our mission.”

Protestant and Catholic organizations, motivated by their faith’s teachings on caring for children and orphans, play a significant role in state-run foster care systems and have increasingly found themselves in conflict with anti-discrimination regulations over the past few years. The future of Christian-run adoption and foster agencies is also a core concern in the debate around the proposed Equality Act.

In Texas, major Christian foster care providers such as Buckner International lobbied for a law passed in 2017 granting agencies the right to use faith-based requirements in placements, and in South Carolina, Miracle Hill Ministries was given a waiver in 2019 to refer non-Protestant applicants to other organizations.

Approaches to adoption and foster care among Christians are also changing, with family unification and domestic adoption now bigger priorities. A year ago, Bethany also announced its plans to phase out international adoptions.