In an announcement Monday, Jeremiah Johnson said, “We are choosing to radically obey Jesus over any other voices in this season.”
Emily McFarlan Miller – Religion News Service|March 8, 2021 05:56 PM 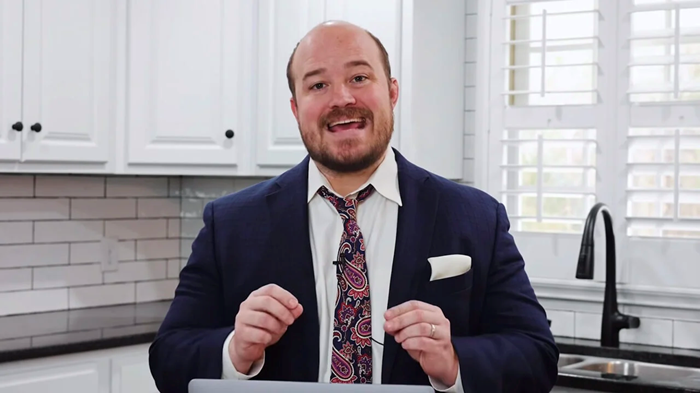 The announcement comes “after much prayer and the clear direction of the Lord,” Johnson said Monday on his Facebook page.

It also comes after his abrupt two-week hiatus in the middle of a YouTube series he titled “I Was Wrong.”

Johnson said during the series, which he described as a money loser, that apologizing wasn’t enough.

“We need to recognize that God is up to something far greater in the prophetic, charismatic movement that I believe is beyond what many even recognize. We need to stop, we need to take a breather and we need to come back to a place where we can begin to dialogue about these issues rather than be so triggered.”

A recent report by The New York Times noted that Johnson had built an audience on social media as one of the first evangelicals to take Trump’s candidacy seriously in 2015.

In one YouTube video, he said he had heard from thousands of people after the first episode of “I Was Wrong” and that 90 percent of that feedback was negative.

He admitted Monday on Facebook that he expects ending Jeremiah Johnson Ministries will mean “tremendous financial loss and the removal of influence that has been well established over the last decade.

“We fully understand what a shock this will be to many on numerous levels. However, we are choosing to radically obey Jesus over any other voices in this season,” he said.

Johnson said on Facebook he plans to delete all social media accounts associated with Jeremiah Johnson Ministries over the next week.

But it’s not the last people can expect to hear from Johnson.

His new website outlines plans for a ministry called The Altar Global.

Instead of offering what Johnson called “prophetic commentary” on current events, The Altar Global will “help prepare the Bride of Christ for the return of our glorious Bridegroom King Jesus,” according to the website.

That includes a one-year intensive program called The Altar School of Ministry, based in Concord, North Carolina, where Johnson and others will train students “on the lifestyle of an end-time messenger and the return of the Lord.” It also includes local and national conferences, monthly Zoom calls with supporters and books and other resources.

“This is not a name or brand change but rather a complete shift of our ministry’s identity and focus,” Johnson wrote on Facebook.

He added: “I am not discouraged nor am I drawing back from my calling. Quite the opposite. I feel God is launching me, my family, and our ministry team further into His purpose for us. In response to God’s gracious correction, refinement, and empowerment, I am choosing to refocus my gaze upon Jesus and the eternal realities of His Kingdom like never before.”

Trump Prophet Enraged His Followers by ...