Decision ends a 35-year-old government ban on the usage of four Arabic words by Christian publications.
The Associated Press|March 10, 2021 10:30 AM 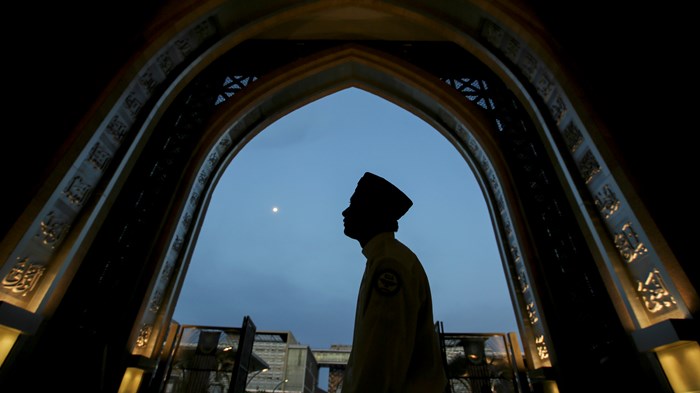 Image: Annice Lyn / AP Photo
In this May 2019 file photo, a worshiper arrives at a mosque for Iftar during Ramadan in Kuala Lumpur, Malaysia.

KUALA LUMPUR — A Malaysian court ruled Wednesday that non-Muslims can use the word Allah to refer to God, in a major decision in a divisive issue for religious freedom in the Muslim-majority country.

The High Court decision squashed a 35-year-old government ban on the usage of Allah and three other Arabic words by Christian publications, deeming the ban unconstitutional, said the plaintiff's lawyer, Annou Xavier.

The government has previously said Allah should be reserved exclusively for Muslims to avoid confusion that could lead them to convert to other religions, a stance that is unique to Malaysia and hasn’t been an issue in other Muslim-majority nations with sizeable Christian minorities.

Christian leaders in Malaysia say the ban is unreasonable because Christians who speak the Malay language have long used Allah, a Malay word derived from Arabic, in their Bibles, prayers, and songs.

The high court ruling appeared to contradict an earlier decision by the country’s Federal Court in 2014 that upheld the government ban following a legal challenge by the Roman Catholic Church, which had used the word Allah in its Malay-language newsletter.

“The court has now said the word Allah can be used by all Malaysians,” Xavier said. “Today’s decision entrenches the fundamental freedom of religious rights for non-Muslims in Malaysia” enshrined in the constitution, he added.

Muslims account for about two-thirds of Malaysia’s 32 million people, with large ethnic Chinese and Indian minorities. Christians comprise about 10 percent of the population.

Most Christians in Malaysia worship in English, Tamil, or various Chinese dialects, and refer to God in those languages, but some Malay-speaking people on the island of Borneo have no other word for God but Allah.

Three other words—kaabah or Islam’s holiest shrine in Mecca, baitullah or house of God, and solat or prayer—were also banned in the 1986 government directive.

Government counsel Shamsul Bolhassan was quoted by The Star newspaper as saying that the four words can be used in Christian materials according to the court’s ruling, as long as there is a disclaimer saying it is intended for Christians only and a symbol of a cross is displayed.

The ruling was a result of a long legal challenge by a Christian woman whose religious materials containing the word Allah were seized by authorities at the airport when she returned home from Indonesia in 2008.

The controversy over the usage of Allah has provoked violence in Malaysia. Anger over a lower court ruling against the government ban in 2009 led to a string of arson attacks and vandalism at churches and other places of worship. That ruling was subsequently overturned by higher courts.

Editor’s note: CT has regularly covered the Allah ban in Malaysia, including: