Died: Loran Mann, Who Reported the News and Preached the Good News

COGIC bishop built a church while breaking ground in Pittsburgh TV and radio.
Daniel Silliman|May 4, 2021 11:10 AM 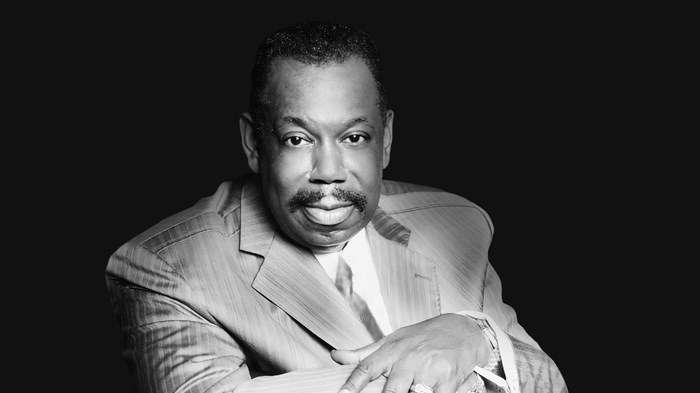 As a TV news reporter and a Church of God in Christ (COGIC) pastor, Loran Mann tried to keep his two jobs separate. And that worked. Mostly.

But once in the 1980s, he was first to the scene of a standoff where an armed fugitive on the run after murdering his wife was cornered by police. The man decided he would surrender—but only to the locally famous newsman and man of God.

“I got an exclusive,” Mann said. “But the best part is he became a committed Christian.”

Mann, a groundbreaking Black broadcast reporter and a COGIC bishop who rose to the top level of leadership in the nation’s fifth largest Christian denomination, died in Pittsburgh on Sunday at the age of 74.

On Monday he was mourned throughout the city and celebrated by local religious leaders and broadcast professionals.

“He was a lion of the Gospel—outspoken and loving in his proclamation of Jesus Christ,” Episcopal Bishop Dorsey McConnell, who worked with Mann on racial justice issues, told Trib Live. “He was a pastor’s pastor and his leadership was felt across all lines of race and denomination.”

The Pittsburgh Black Media Federation said Mann was a trailblazer who inspired many people of color to go into media. He was first a disc jockey, then a TV news reporter, and then a radio station general manager, all while shepherding his growing Pentecostal congregation.

Loran was born in Daytona Beach, Florida, on August 8, 1946. He was one of seven children born to William and Johnnie Lee Mann. When he was 13, the family moved north as part of what historians call the Great Migration, as waves of Black people fled racial terror in the segregated South for economic opportunity in Northern and Western cities.

Mann got his first journalism job at 15, working as a copy boy at the Pittsburgh Press, carrying typed stories from reporters to editors and back again. At the University of Pittsburgh, he majored in sociology, minored in journalism, and weighed a growing sense that he might be called to ministry like his father.

Mann resisted the idea of ministry until he crashed his car, and then a little while later fell asleep at the wheel and ran his car into the side of a church. He heard a voice say, “There won’t be a third chance.”

“I know that was the voice of God,” Mann later said.

He went to Pittsburgh Theological Seminary and was ordained in COGIC in 1966, at the age of 20.

If he thought that closed the door on a broadcast career, though, he was wrong. In 1968 he was riding in an elevator with local legend James Psihoulis, better known as Jimmy Pol, owner of a local radio station, host of a polka music program, and composer of the Pittsburgh Steelers’ famous fight song. When Psihoulis heard Mann’s rich, warm voice, he said, “I’d like to put you on the radio.”

At station WZUM, he was the first Black disc jockey many people heard in Western Pennsylvania. A few years later, he went to KDKA and became the first Black radio show anchor in the area. He helped the stations integrate their music, mixing the best of the era’s R&B with rock ’n’ roll.

In 1975, Mann switched to television, joining WPXI-TV, the Pittsburgh area NBC affiliate. He worked as a field reporter, spending every day in the community in a TV van, finding the news and reporting it on location.

At the same time, Mann pastored a small church he founded in East Liberty, a Black neighborhood economically devastated by white flight, redlining, and city planning. When the Pentecostal Temple Church of God in Christ first opened, only 19 people came. But the church soon grew into a thriving community.

Mann worked on TV news from 5:15 a.m. to 2 p.m., Monday to Friday, and then turned his attention to the congregation.

“I do the whole gamut of religious duties,” he said in the 1990s. “I teach a Tuesday evening Bible class and every Thursday night I am at choir rehearsal. I am an organist and I like to do a feature every Sunday with the choir. Friday is pastoral service where I deal with the congregation as a family. Of course, I do preach sermons.”

On occasion, he was called to perform religious duties while on the job at Channel 11. One time he was asked to spontaneously marry two TV station employees, and performed the ceremony in the studio. Another time he was asked to bury an infant found abandoned and dead on an Easter Sunday.

A station manager once said that he felt people responded to Mann’s pastoral presence. Even if they didn’t know he was a minister, they would open up to him.

Not everyone responded so positively to the pastor-news reporter, though. In 1990, a man showed up to the station with a meat cleaver and a .25-caliber pistol. He told the cab driver who dropped him off that he was going to kill Mann. The driver called the police, and the man was arrested without incident.

Mann said the experience of seeing the world as a TV reporter informed his work at the church.

“As a reporter you see the world as it really turns—the murder, the violence, corruption, rampant disease. All these things are referenced in the Bible and I see it first hand,” he said. “Everyday as a reporter I’m dealing in predominantly bad news. But when I come before my congregation I always have Good News.”

Mann retired from television in 1996. On his last day, he reported on a murder while standing outside in the rain.

Never one for idleness, Mann decided to launch a church-owned radio station. After Pentecostal Temple built a new church, with a sanctuary to seat 1,200 and a youth center named after former mayor Richard Caliguiri, the congregation accepted the donation of a radio station from the Christian and conservative-talk chain Salem Communications.

The 1,000-watt station was the only Black-owned and Black-operated radio station in Western Pennsylvania. It changed its call letters to WGBN, for “gospel broadcasting network,” and started playing gospel music 24 hours a day.

According to Pittsburg Post-Gazette reporter Maria Sciullo, the station was a labor of love. “Love of radio,” she wrote, “the African-American community, and, most of all, God.”

When the pandemic came in 2020, many COGIC churches were hit especially hard. The Pentecostal Temple fared better than most, however, because of Mann’s television experience. The church was one of the first to switch to online services. On Facebook Live, 73-year-old Mann sat on the stage while the camera was set up, and then he looked into the lens like the professional he was and, with the same rich voice that once caused Jimmy Pol to offer him a job, said, “I’m so glad you’ve tuned in tonight.”

The next year, Mann was elected to COGIC’s ruling board of 12 elders, taking on responsibility for the 8.8 million-member global church that has been racked by COVID-19. He took office in March.

He was scheduled to preach on May 2, when he passed away. The cause of his death has not been made public.

Mann is survived by his wife, Barbara; daughter, Tiana; and son, Loran II.

Died: Loran Mann, Who Reported the News and Preached the Good News

Died: Loran Mann, Who Reported the News and ...