Brian Houston will go to court in Sydney over alleged child abuse by his late father.
Associated Press in Sydney|October 6, 2021 09:00 AM 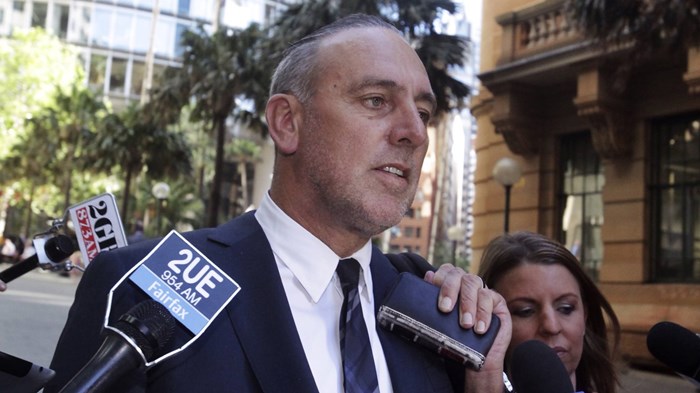 Hillsong Church founder Brian Houston will plead not guilty to illegally concealing alleged child abuse by his father, his lawyer told a court on Tuesday.

Houston did not appear at Sydney’s Downing Center Local Court when his charge was mentioned before a registrar for the first time. His lawyer told the court Houston would be pleading not guilty to the charge of concealing a serious indictable offense of another person, his late preacher father Frank Houston.

The case will next be before the court on November 23.

Police will allege that Frank Houston indecently assaulted a young male in 1970.

Court documents allege that Brian Houston believed his father had committed the crime. Police will allege that the younger Houston failed to disclose information to police that could help secure the prosecution of his father.

Since being charged, Houston has stepped down from the board of Hillsong, the church he founded with wife Bobbie in Sydney in 1983. Now a global empire, the church says 150,000 people in 30 countries attend its services and 50 million people sing its songs each week.

Houston, 64, was in the United States in August when detectives served his Sydney lawyers with a notice for him to appear in court.

He said in a statement at the time he welcomed the “opportunity to set the record straight.”

An Australian government inquiry into institutional responses to allegations of child sex abuse found in 2015 that Houston did not tell police that his father was a child sex abuser.

The inquiry found that Houston became aware of allegations against his father in 1999 and allowed him to retire quietly rather report him to police. His father confessed to the abuse before he died in 2004 at age 82.

Hillsong Church has said repeatedly that it has not been involved in this matter, as Frank Houston never worked for the church, and has defended Brian Houston’s response.

“Upon being told of his father’s actions, Brian Houston confronted his father, reported the matter to the National Executive Assemblies of God in Australia, relayed the matter to the governing board of Sydney Christian Life Centre, and subsequently made a public announcement to the church. Brian sought to honor the victim’s multiple requests not to inform the police,” the church said in a statement in July.

“As a recent development, charges have officially been filed against Brian Houston,” the church said at the time. “We are disappointed that Pastor Brian has been charged, and ask that he be afforded the presumption of innocence and due process as is his right. He has advised us that he will defend this and looks forward to clearing his name.”

Hillsong, known for chart-topping worship music and megachurches across the globe, became its own denomination in 2018. Last year, Brian Houston announced an investigation of its New York City campus, where pastor Carl Lentz had stepped down over infidelity.