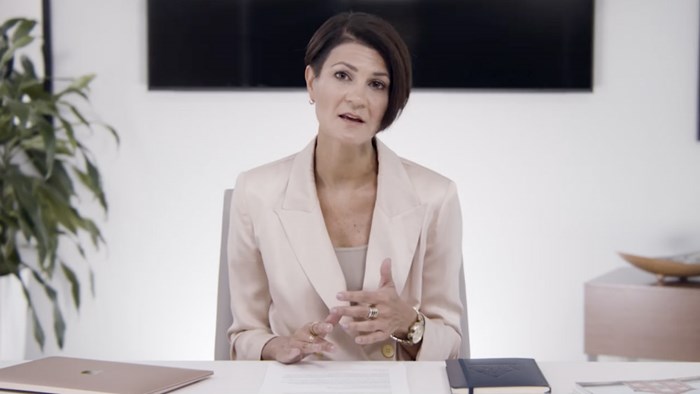 The CEO of Ravi Zacharias International Ministries (RZIM) has stepped down to start a new apologetics organization.

Sarah Davis led RZIM through her father Ravi Zacharias’s death, the posthumous investigation of his sexual abuse, and the breakup and dramatic downsizing of the global apologetics ministry. Now, she will go out on her own and launch a new ministry called Encounter.

According to incorporation papers filed with the state of Georgia, Encounter’s purpose is “carrying the Gospel invitation to individuals and engaging in their questions so that they may encounter the love of Christ and enter relationship with Him.” It will also engage “thoughtful individuals in Gospel conversations,” and work on “training and discipling messengers of Christ’s love for their spheres of influence.”

The mission is not that different from the one stated on RZIM’s incorporation papers filed in the state of Georgia in 1986, when Davis was 10. RZIM was founded for “proclamation of the Gospel throughout the world” and “assistance in the development of evangelical Christian leadership.”

Davis, now 46, declined to answer questions about the new ministry. An RZIM spokesperson did not return a request for comment.

Davis’s departure may pave the way for RZIM’s relaunch. The ministry announced in March it would regroup and rebrand as soon as a complete culture review was finished.

The exit appears to mark an end to the internal struggle over that culture review. RZIM leadership disagreed over whether the ministry bears any corporate responsibility for Zacharias’s sin and whether there was a need for a full examination of RZIM’s culture and practices to move forward.

According to multiple people familiar with inner conflict at RZIM, Davis contracted Guidepost Solutions to review the ministry’s structures, finances, and practices, including the handling of abuse allegations. The RZIM board of directors moved to limit the scope of the investigation and keep any findings from becoming public.

The Guidepost evaluation was aimed at identifying “areas of unhealth,” according to Davis, and help the ministry “do everything we can to prevent any kind of abuse in the future.”

CT reported that some in the international ministry knew about allegations against Zacharias as early as 2008 but chose to take his denials at face value without further investigation. World reported a meeting took place at RZIM headquarters in 2009 about an allegation that Zacharias asked a massage therapist for “more than a massage.” According to the investigation of Zacharias’s abuse funded by RZIM, there are also unanswered questions about ministry funds being diverted from their designated purpose to facilitate sexual abuse.

The majority of the board, however, sharply disagreed with the need for any more investigation, and many members objected that the Guidepost review was being foisted on them.

Debates about how and whether to release any details about the evaluation appear to be ongoing. Guidepost finalized its report to the board in the summer. According to an RZIM public relations representative, “further information from the board” was expected in late September. It has not yet been made public.

The top official remaining at RZIM is Michael Ramsden, who previously served alongside Davis as the organization’s president. One of Ramsden’s first tasks will be to release—or not release—the board’s summary of the evaluation.

The divisions on the board appear to have taken a toll. When Zacharias died, there were 21 people on the board. Today it’s down to about 12.

Some boad members resigned because they didn’t believe Zacharias did anything wrong and wanted the ministry to defend him. Some left in protest over the scope of Guidepost’s evaluation. At least one left in frustration that the board was not committed to a thorough and serious review of RZIM culture, despite multiple internal and external statements about “repentance, restitution, learning, and serving.” The board approved downsizing and reorganization of RZIM before Guidepost had time to evaluate the ministry.

The RZIM board is anonymous. The ministry registered itself as a church around 2015, stopped filing any information with the Internal Revenue Service, and removed information about the board members from its website.

According to multiple sources who have worked with the board in the last year, however, the executive committee making the key decisions about the Guidepost review, rebranding, and future leadership for RZIM is made up of five people: Christopher Blattner, William Payne, Casey Cook, Paul Kepes, and Peter Sorensen. They are all business leaders and longtime financial supporters of RZIM. Several took a leading role in defending Zacharias from previous allegations of sexual abuse.

Davis, meanwhile, is parting ways with RZIM, but not going too far. The new apologetics ministry is expected to share office space with the old one in RZIM’s five-story building in Alpharetta, Georgia.

Encounter may also receive funding from RZIM as the ministry remakes itself into a grant-giving organization, distributing millions in donations to groups that care for sexual abuse victims and apologetics ministries that carry on the work Zacharias was committed to.

According to several people familiar with plans for Encounter, Davis will be joined by a few junior speakers from RZIM, which once employed nearly 100 apologists in more than a dozen offices around the world.

Encounter’s team will include Alycia Wood, who studied criminal justice and social justice and has been with RZIM for about seven years; Alexandra “Xandra” Carroll, who joined RZIM about a year ago and specializes in faith and science; and Louis Phillips, who previously worked for a purity ring ministry and has spoken frequently about sexual ethics. Phillips joined RZIM in 2018, traveled internationally with Zacharias, and hosted the apologist’s online memorial service in May 2020.

Davis herself has done little public speaking, preferring to run the day-to-day operations during her time at RZIM. Before she joined the ministry in 2001, she worked as an advancement officer at Pepperdine University and a marketing assistant at CNN.

In a video acknowledging her father’s sexual abuse, released a year after his death, she said she hadn’t intended to get involved in apologetics ministry at all.

“It was really the last thing I wanted to do,” she said. “In many ways, my life as the daughter of an evangelist hasn’t been what I would have hoped.”