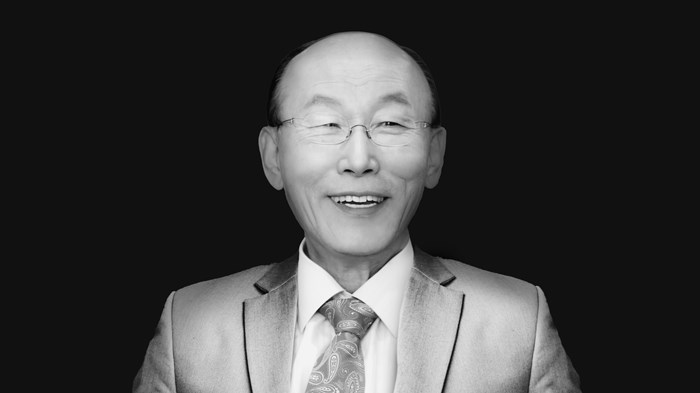 David Yonggi Cho, the Korean Pentecostal who founded the world’s largest megachurch, died on Tuesday at the age of 85.

Cho and his mother-in-law started a church in Seoul in 1958 in a tent pieced together from bits of US Army tents. Yoido Full Gospel Church, affiliated with the Assemblies of God, grew to a weekly attendance of about 800,000 people in seven Sunday services, with hundreds of licensed ministers and thousands of laypersons leading weekly small groups of 10 to 15 people.

Cho popularized the idea of cell groups, arguing they are key to discipleship and to fostering the intimate connections that tie individuals to a large and growing church. He also promoted Pentecostal practices of prayer and healing as essential to dynamic church growth.

“I myself was devoted to praying with a do-or-die desperateness,” Cho told the journal Church Growth. “When we apply God’s word in our lives and experience God’s dispensation, we are empowered by God. Christians who believe in Jesus receive the Holy Spirit. … One only finds empty pews in many European churches. What caused it? The reason is that European churches have betrayed the Holy Spirit.”

Billy Watson, president of Oral Roberts University, called Cho “one of the great leaders of the Spirit-Empowered movement” and predicted his legacy would impact Christians for generations.

Cho was born on February 14, 1936, in the rural county of Ulju. His father owned a glove and sock manufacturing company, but it went bankrupt during Cho’s childhood, forcing him to make his own way in the world.

He learned English from hanging around American military bases, and by the age of 15 began to work for the troops as a translator.

His life changed at 17, when tuberculosis sent him to the hospital coughing up blood and rethinking his understanding of the universe. As a Buddhist, Cho later explained, he had been taught that he must suffer to “become Buddha through hardship.”

Jesus, it seemed, offered an alternative. Christians told him that “Jesus the living God is your friend, mentor and guide here and now.” After reading a Bible given to him by a young woman, Cho decided to reach out to the Christian God.

When he was later released from the hospital, cured of tuberculosis, he gave the glory to God and claimed a miraculous healing. In 1956, he started attending the Full Gospel Bible College in Seoul, preparing to become a minister.

Two years later, he and Jashil Choi, his future mother-in-law, started holding services in a tent. Only four or five people came to the first service, but within three years, regular attendance had grown to 600.

By the early 1960s, Cho harbored ambitions to grow his congregation into the largest church in Korea. He later told Church Growth that this was because he wanted to be rich and famous, and he had a competitive spirit.

“The Lord had to let me fail so that I would turn to him in my need and allow him to build his own church—in his own way,” Cho said.

The church grew into the thousands but then plateaued for several years at 2,400 before Cho developed the idea of cell groups. He started by empowering 20 deaconesses to develop groups in 20 districts in the city. Cho refined and reorganized the groups and the training for leadership as he went, and by 1973, the church had about 18,000 members.

The congregation built a new building in Yoido, the financial district of Seoul. Three years later, Cho founded Church Growth International to teach the principles he had learned internationally.

While many churches around the world adopted and adapted Cho’s cell group model, his ministry was not without controversy. He was frequently accused of preaching the prosperity gospel, telling his followers that faith will produce profit, fame, and material luxury.

Cho, however, said Christians do encounter suffering, but they know that God is causing them to suffer for their benefit.

“Fundamentally, God wants us to be healthy, spiritually and physically. He also wants to give us hope. Sometimes God wants us to change, which often comes with pain,” he said in an interview earlier this year. “It is critical for us to keep our faith that he has good intentions and that he would give us what may seem bad at the moment but will turn out to be good eventually.”

In 1981, two Assemblies of God leaders accused Cho’s church of accommodating ancestor worship. Some in the church continued cultural practices of lighting candles in front of deceased relatives and bowing to their pictures on important days. Cho said it was possible to distinguish between ancestor worship and honoring your father and mother, but many Christian leaders in Korea and the larger Pentecostal world saw that as heretical.

In his retirement, Cho faced his most serious scandal. He was found guilty of embezzling funds from the church and was given a three-year suspended sentence. He had directed leadership of the church to buy unlisted stocks owned by his eldest son. The value was inflated, and the church reportedly lost about 13 billion won, the equivalent of about $12 million. He was also found guilty of evading taxes in the stock deal.

Cho told his church that the conviction was the hardest day in his life of ministry. But he also said his conscience was clear before God, and the church allowed him to continue in part-time ministry.

His supporters said Cho was really guilty of being too naive about his wayward son and argued Cho has not personally benefitted from the stock scam or his many years in ministry. He continued to preach at the church on occasion until his health deteriorated in 2020.

“All I did was offer my life just like the boy who gave the five loaves and two fish,” Cho is quoted on the church’s website. “I simply held on to the dreams that the Lord gave me.”

Cho is survived by his three sons, and the church is planning a funeral for Sunday.