“I made comments about race, the Black family, and minorities that were wrong and hurt many people.”
Bob Smietana - Religion News Service|September 23, 2021 12:39 PM 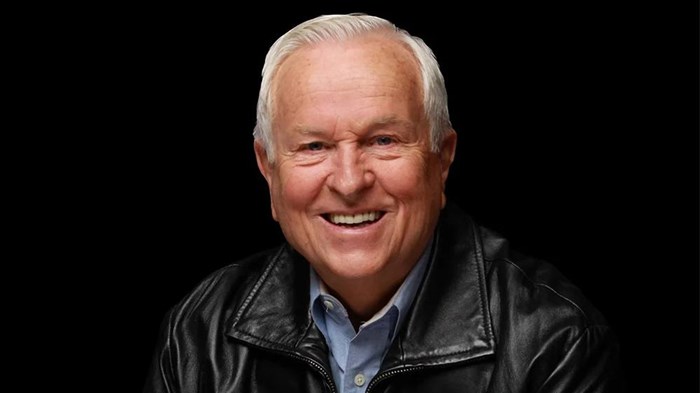 Best-selling Christian author and speaker Josh McDowell is stepping back from ministry following comments he made at a recent meeting of the American Association of Christian Counselors.

On Saturday, he had denounced the idea of systemic racism at the national gathering, saying Black Americans and other minorities were not raised to value hard work or education.

The talk, entitled “The Five Greatest Global Epidemics,” identified a series of threats McDowell claims face the Christian church. The first, he said, was critical race theory, an academic field of study on the nature of systemic racism. Known by the acronym CRT, critical race theory has become controversial among Christian conservatives and political conservatives alike.

McDowell told Christian counselors that CRT “negates all the biblical teaching” about racism—because it focuses on systems rather than the sins of the human heart and said today’s definition of “social justice” is not biblical.

“There’s no comparison to what is known today as social justice with what the Bible speaks of as justice,” he said. “With CRT they speak structurally. The Bible speaks individually. Make sure you get that. That’s a big difference.”

He went on to say not all Americans have equal opportunities to succeed.

“They don’t, folks,” he said in his speech. “I do not believe Blacks, African Americans, and many other minorities have equal opportunity. Why? Most of them grew up in families where there is not a big emphasis on education, security—you can do anything you want. You can change the world. If you work hard, you will make it. So many African Americans don’t have those privileges like I was brought up with.”

He added that the Bible only focuses on individual sin, not structural sin.

McDowell’s comments were first noted on social media by Christian college professor Aaron New. After New drew attention to those comments, a recording of McDowell’s speech was removed from the AACC website, where all the speeches and presentations at the conference are offered for sale.

Religion News Service obtained a copy of the recording and verified McDowell’s remarks.

After being contacted by Religion News Service, McDowell issued a statement on social media apologizing for his remarks, saying they do not reflect his own beliefs. He said his comment about minority families “does not reflect reality.”

“Racism has kept equality from being achieved in our nation,” he said.

McDowell’s ministry is affiliated with Cru, a national campus ministry founded by the late Bill Bright, a legendary figure among evangelicals. Cru, formerly known as Campus Crusade for Christ, has faced criticism by some long-term staff because of its recent focus on issues of race and diversity. A group of staff has accused Cru of “embracing a secular system of ideas that divides humans into victims and oppressors.”

On Wednesday, McDowell, 82, announced that he was stepping back from ministry and speaking engagements in the aftermath of his comments at the conference to enter a “season of listening.”

“At a recent conference, I made comments about race, the Black family, and minorities that were wrong and hurt many people,” he said. “It breaks my heart to know what deep pain I have caused.”

Fierce debates over critical race theory and social justice have become commonplace among American evangelicals in recent years. The presidents of the Southern Baptist Convention’s seminaries have denounced CRT as incompatible with the denomination’s statement of faith—a claim that led a number of high-profile Black pastors to leave the denomination—and the debate over CRT was a key topic at the SBC’s 2021 annual meeting.

A nonprofit founded by former Trump official and Wheaton College graduate Russ Vought has published a handbook labeling CRT as unAmerican and outlining steps for barring its use in local schools.