Despite some misgivings, most supported him as a conservative Christian who would stand up for their values.
Ken Chitwood|April 18, 2022 12:00 AM 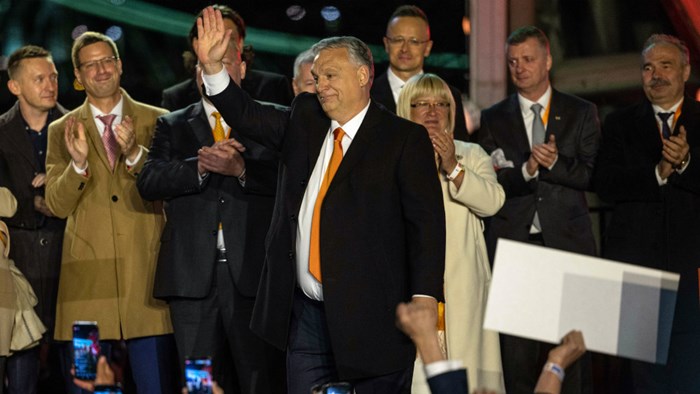 Szófia Boros voted for Victor Orbán. The young evangelical mother of two has her misgivings about the man who has been accused of undermining democracy—curtailing press freedom, undercutting the independent judiciary, and changing election rules to give an advantage to his political party, Fidesz.

But in the end, it was pretty simple to support him for reelection on April 3.

“Evangelical Christians support the majority of Orbán’s policies and positions, even if we don’t really admire the way he goes about his politics,” she said. “I voted for him because he is a conservative Christian standing up against a liberal Europe.”

Evangelicals aren’t a big or politically organized voting bloc in Hungary. Only a few evangelical groups are established enough to achieve recognition from the national government, including the Baptist Union, the Hungarian Methodist Church, the Hungarian Pentecostal Church, the Church of the Nazarene, and the charismatic Faith Church, whose pastor endorsed Orbán during a Sunday service.

About half the people in the country consider themselves Catholic, a quarter has no religious affiliation, and 16 percent—including Orbán—identify with the Reformed Church in Hungary, which is part of the mainline World Council of Churches and affiliated with the Presbyterian Church (USA).

Eighty percent of the country identifies as Christian, but only about 15 percent of Hungarians attend church on a weekly basis.

But a lot of Hungarians, it turns out, feel like Boros. They wanted a conservative Christian prime minister committed to defending what they see as a Christian culture and its Christian values.

“The Fidesz campaign was built on a few very clear, concise and targeted messages,” Hungarian pastor and Calvary Chapel church planter Attila Nyári toldEvangelical Focus. “They were focusing on identifying the enemies—the EU, George Soros, the UN and Muslim migrants—for the Hungarian people and then positioning Orbán as the saviour and protector of the nation.”

Nyári told CT that most evangelicals in Hungary thanked God for Orbán’s victory. The Calvary Chapel pastor and Lausanne Movement chief of staff said he was personally saddened by the outcome but he thinks he’s in the minority.

Fidesz got about 53 percent of the vote and secured a two-thirds majority in parliament. Orbán won reelection for the fourth time and has four more years in office.

The few weeks before the election were dominated by debates about the Russia-Ukraine conflict and whether Hungary should get involved. But the longer arc of the campaign focused on economic support for families and protecting Hungary from liberalism, multiculturalism, and LGBT ideology.

Orbán’s administration froze the price of fuel and some basic food products and instituted new welfare benefits for families with children, retired people, and people under 25. The prime minister’s party also put a referendum on the ballot asking people if they wanted to protect children from education about sexual orientation or media content that portrays or promotes gender reassignment. The referendum failed to meet the threshold requirement of 50 percent, but may have succeeded in mobilizing some voters.

Orbán has styled his political program as a defense of “Christian liberty.” He argues that Hungary has historically been a Christian island in a sea of foreign threats, such as Soviet Communism and German Nazism. Today, he says, it must be defended against Islam, immigrants, globalism, and liberalism.

According to Carolyn Gallaher, professor in the School of International Service at American University, Orbán connects to voters through his identification as a Christian and legitimizes his political views by saying they are synonymous with Christianity. His invocations of faith are less about specific issues than powerful symbolism.

The prime minister was once an atheist. But on the way to power, Orbán reconnected with his Calvinist roots and underwent a religious transformation in the 1990s, even remarrying his wife in a church and having his children baptized. His Christian identity has become key to his political ego and his vision for Hungary.

He talks about the nation’s Christianness as he argues for instituting restrictive immigration policies, aiding persecuted Christians in Africa and the Middle East, and amending the constitution to define marriage as solely a relationship between a man and a woman.

“Orban does not shy away from fighting the culture war,” wrote Rod Dreher, the American Orthodox author of The Benedict Option and Live Not by Lies.

Dreher traveled to Hungary for the election and cheered for Orbán’s victory.

“I have been saying for the past year that US conservatives should come to Hungary to learn from Orban and Fidesz,” he wrote for the American Conservative. “Orban is not a small-government Anglo-Saxon conservative. He believes in using the power of the state to strengthen families, the basis of any health society. But the most important thing US conservatives can learn is how to use political power to fight the culture war.”

The Conservative Political Action Conference—seen as a bellwether for American conservatives—will hold its next meeting in Hungary in May. Orbán is scheduled as the keynote speaker.

Even as he wins acclaim from conservatives internationally, though, some evangelicals at home have turned against Orbán. The Christian opposition has been dismayed by what they see as his abuses of power, his politicization of Christianity, and a coarse nastiness. Orbán has used dehumanizing language for migrants and refugees, calling desperate people fleeing Syria “invaders” and “poison."

One of his fiercest critics is Gábor Iványi, a Methodist minister who runs one of Budapest’s homeless shelters and was once Orbán’s pastor. Iványi has been locked in a years-long conflict with the prime minister, accusing him of betraying the democratic ideals he once held and misusing the idea of Christian liberty to grasp power.

Iványi’s religious organization, the Hungarian Evangelical Fellowship, was raided by federal agents in February. Critics of the Orbán government say it was politically motivated.

Iványi is not the only prominent Hungarian Christian who criticizes the prime minister on religious grounds. Orbán’s leading opponent in the election was Péter Márki-Zay, a Catholic who regularly spoke of Orbán’s many sins.

Márki-Zay represented an impossibly broad coalition of political groups, who were only really united by their opposition to Orbán. But he nonetheless returned to religious themes when he made his argument. He said Fidesz embraced the “love of power” instead of “the power of love” and a true Christian could not vote for Orbán.

The Catholic politician was barred from national television, however, and was only able to give that speech to a small group of supporters.

Some evangelicals who don’t support Orbán, such as Nyári, are especially dismayed at how this last election has made politics seem so important.

Nyári told CT he is happy to have a mix of political views in his church and thinks it’s healthy for evangelicals to have a diversity of views. He’s disheartened, though, by how divisive the last election has been, pointing to tensions that have emerged in his own community. He senses deep wounds on both sides.

“I see the validity of the vocation and the work politicians do, but Christians need to remember that they are not the ultimate authority,” Nyári said. “If we place too much emphasis on the importance of politics, we might be overconfident or might become hopeless if the other side wins. Neither is a genuine faith response.”

Evangelicals are just a small fraction of Hungarian voters, according to the pastor. But they wrestle with a real temptation to put too much faith in politics.

“Personal relationships in our everyday lives, serving, and prayer have way more power to shape a country’s future than its politics,” he said.