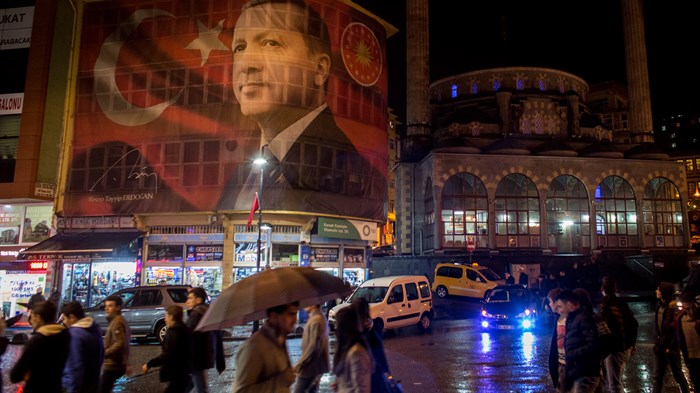 There were no reported violations of their freedom to share their faith.

And there was a sharp reduction in foreign missionaries denied residency.

But not all is well, according to the 2021 Human Rights Violation Report, issued March 18 by the nationally registered Association of Protestant Churches (APC).

Hate speech against Christians is increasing, fueled by social media.

Legal recognition as a church is limited to historic places of worship.

And missionaries are still needed, because it remains exceedingly difficult to formalize the training of Turkish pastors.

“Generally there is freedom of religion in our country,” stated the report. “But despite legal protections, there were still some basic problems.”

Efforts to unite Turkey’s evangelicals started in the mid-1990s, and the APC began publishing its yearly human rights reports in 2007. Today the association, officially registered in 2009, represents about 85 percent of Christians within Turkey’s 186 Protestant churches, according to general secretary Soner Tufan.

Only 119 are legal entities.

And of these, only 11 meet in historic church buildings. The great majority rent facilities following their establishment as a religious foundation or a church association. While generally left alone, they are not recognized by the state as formal places of worship and thus are denied free utilities and tax exemption.

And if they present themselves to the government in pursuit of such benefits, officials often warn they are not a church and threaten closure. Sometimes the authorities even try to recruit informants. And some Christians who have refused have lost their jobs.

Other Turkish Protestants are simply harassed.

“Dead priest walking,” said residents of Arhavi to a local pastor as he walked the streets of the Black Sea coastal city following an online campaign associating the church with missionary activity. The local political party leader responsible ceased his incitement after the pastor met him personally.

But in Kurtuluş, in southwest Turkey along the Aegean Sea, authorities detained a person behind threats of beheading given to Turkish believers—and then released him.

Tufan said the climate of impunity encourages more online threats. But it is also a sign of greater awareness. Churches have become active on social media, broadcasting live sermons and posting videos.

“The attitude has always been present,” he said. “But with leaders becoming more visible, hate speech finds a target.”

And more congregations are fighting back. Rather than simply lodging a complaint at the police station, last year 70 churches began court proceedings against their harassers, Tufan estimated, up from 50 the year before.

But the primary complaint of Protestants—education—mirrors that of Turkey’s traditional Orthodox community. Their Halki Seminary, established in 1844, remains closed since a 1971 decision placing religious training under state control.

Protestants would gladly join the system. Currently Turkish pastors are trained informally, with a small percentage able to travel abroad. The majority of discipleship is provided by local believers, but there is still a need for missionary assistance.

Last year there were 13 cases of deportation, refusal of entry, or denial of residency permit renewal for foreign Christian workers. Three of these were Americans, and overall, counting wives and children, 25 people—many of them with long years of service in Turkey—had to uproot their lives.

But the number is going down.

In August 2018, President Donald Trump sanctioned Turkey for its prosecution of American pastor Andrew Brunson on charges of supporting terrorism. He was released in October 2018 after spending two years in prison.

But in 2019, 35 missionaries were denied residency, including 15 Americans. In 2020, there were an additional 30 cases, including 10 Americans, eight Brits, and eight Koreans. Overall, 185 individuals with no criminal activity have been barred from their adopted home since the Brunson standoff.

The tally includes foreign wives of Turkish pastors. In four such cases, the pastors relocated abroad, forced to choose between their citizenship and their family.

One who did not is keeping a low profile while ignoring the 10-day notice to leave the country. After submitting her residency request, the pastor, who wishes to remain anonymous, was interrogated about his conversion to Christianity—a protected freedom in the officially secular state.

He has appealed the case to Turkey’s Constitutional Court.

The APC notes that there have been a few positive decisions from the Turkish judiciary. But these have been ignored by the bureaucracy, which maintains the negative filing marks issued by national intelligence. The N-82 code designation is most common, which requires prior approval that is never given. Less frequent is the G-87, for those deemed a security threat.

Some have appealed to the European Court of Human Rights.

In the past year, Turkey has sought to mend fences with its neighbors. After years of conflict, overtures have been made with Israel, the Gulf states, and even Greece. While seeking to maintain some balance with Russia, the government has also strongly condemned the war in Ukraine.

There is no impact on Protestants, Tufan said.

Instead, he attributes the recent decline in missionary denials to government distraction. The Turkish economy is in terrible condition with rampant inflation, and opposition parties are uniting to challenge President Recep Tayyip Erdoğan’s longstanding grip on domestic politics.

And missionaries are simply traveling less. Issues occur more often at the border than the renewal office, Tufan said. And some have also limited their involvement with the Turkish church in order to better maintain their ministry.

“If Turkey was trying to improve its reputation with the West,” he said, “we would be seeing positive results in the cases that already exist.”

As an example, after three years of very loud protests over the killing of Jamal Khashoggi in Saudi Arabia’s Istanbul consulate, the Turkish prosecutor requested to suspend the trial of 26 Saudi citizens and transfer jurisdiction to the kingdom.

Additionally, foreign policy shifts do not affect internal religious affairs. This Ramadan, the Hagia Sophia is hosting traditional evening prayers for the first time in 88 years.

COVID-19 prevented gatherings since the historic church’s reconversion to a mosque (from a museum) in 2020.

But Protestant complaints extend beyond training pastors and receiving missionary assistance. Believers in Istanbul tried to register a Christian school in 2020, first as an association, then as a business. Getting no response, they tried again with different names to simply establish a regular private school. State investigations easily connected those involved, and their efforts ceased.

There are problems also with religious education in the public system. The teaching of Islam is mandatory, and a 2015 study by the US Commission on International Religious Freedom found bias in the way Christianity and other religions are presented.

Exemptions are accepted upon request, by law, Tufan said. But it creates a stigma. For example, his high school son is the only Christian among 3,500 students. Some teachers question why he does not attend. And 9 in 10 Protestant families do not file the paperwork necessary, Tufan estimated, to avoid social complications for their children.

And such is the situation for Turkish evangelicals in general. Able to practice their faith—and even to file a report on violations of their religious freedom—they have learned their limitations.

“Things are the same, not better or worse,” said Tufan. “Government policies have not changed.”