Last year, there was an uptick in fines to Protestants and fellow religious minorities in the region annexed from Ukraine.
Kate Shellnutt and Forum 18|February 23, 2022 01:35 PM 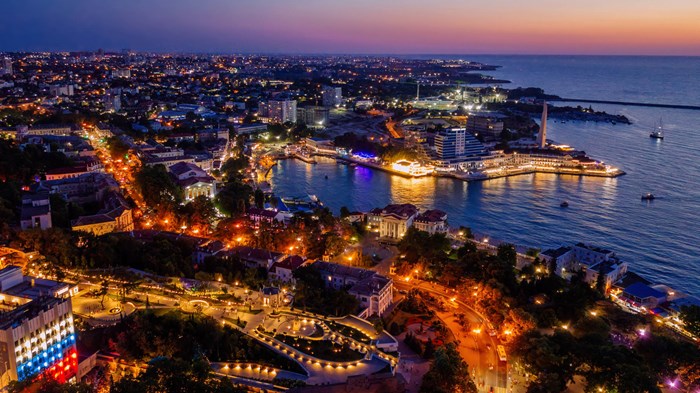 Since Russia annexed the Crimean Peninsula from Ukraine in 2014—one of the central points of conflict in the current clash between the two countries—Protestant Christians in the territory have faced greater government penalties for practicing their faith.

Like elsewhere in Russia, meeting together to sing and read Scripture or letting others know about a church gathering puts believers at risk under a strict 2016 anti-evangelism law. Last year, authorities prosecuted 23 cases of such activity in Crimea, up from 13 the year before, according to Forum 18, which tracks religious freedom violations in the region.

Evangelical Protestants in Crimea received the most penalties. At least nine people from Pentecostal, Baptist, and other Protestant churches were fined for “missionary activity.”

Four of those cases involved members of the Potter’s House, a Protestant congregation in Sevastopol, a southern port and the largest city in Crimea. Pastor Evgenii Kornev leads efforts to proclaim the gospel online and in the streets; his Twitter feed features clips of an Easter procession and service, new home Bible groups, ministry to former drug addicts, and open-air evangelism. Even when Kornev came down with COVID-19, he continued to preach over video.

But that activity has also gotten his church in trouble. Kornev and fellow pastor Aleksey Smirnov were fined in 2021 for leading services. One of the Potter’s House members, Ivan Nemchinov, was fined twice for performing music, praying, and participating in church gatherings, in part because authorities were tipped off by YouTube and social media posts.

The Christians tried to appeal the charges, but none of the cases brought by the Police Center for Countering Extremism have been overturned, Forum 18 reported.

Over the years, Potter’s House and its pastors have also been fined and warned for failing to inform government officials of its existence and for previous violations of the anti-evangelism law, including distributing information at a bus stop. Kornev celebrates the congregation’s evangelism and street preaching, saying it’s “priceless for God.”

During the pandemic, Russia has continued its crackdown on evangelism and unregistered church activity—which includes almost all religious practice outside of the Russian Orthodox Church. The 2016 regulations restrict people in Russia from sharing about their faith or announcing church activities, even online or at home, unless permitted through a religious organization that has registered with the Russian government. Even then, evangelism is only sanctioned to occur within those designated churches.

The regulations have targeted evangelicals along with minorities such as Jehovah’s Witnesses, who are banned in Russia, and Muslims. Most fines end up being 5,000 Russian rubles, which Forum 18 says is equivalent to five day’s pay (about $60).

Besides Potter’s House, another Sevastopol pastor was prosecuted last year for sharing his faith outside a movie theater. In the second-largest city in Crimea, Simferopol, the pastor of Generation of Faith Pentecostal Church was punished for at least the third time for ministry activity; Artyom Morev was fined in 2017, 2018, and again in 2021.

In the town of Saki, two Baptists were caught by anti-extremist police and fined, Forum 18 reported. Both had been sharing Christian resources and Scripture without permits.

Local authorities, at times, have partnered with Russian security officials (the FSB) to raid worship gatherings. In addition to raiding a mosque, they raided a Protestant church in Kerch in eastern Crimea.

Inspectors found that church leaders “told those gathered about faith, about god [sic], about hope for another life, read the Bible and sang songs.” They discovered that two women there had been invited to attend earlier that day. As a result of the invitation, I. Denisov of the church was fined and found guilty of sharing faith with people who were not church members—which is forbidden under the anti-evangelism law.

Though Russia regulates church activity nationwide, in Crimea this oversight takes place in an area that the international community still recognizes as part of Ukraine.

Last month, Yuriy Kulakevych, foreign affairs director of the Ukrainian Pentecostal Church, described how Pentecostals acquiesced to the new reality when Russia took over in Crimea and eventually realized as citizens how much Russian evangelicals suffer. Just last year, Russia declared Ukraine’s New Generation Pentecostal groups “undesirable,” effectively banning them from the country. (A New Generation pastor in Sevastopol, Sergei Kolomoets, had previously been charged under the anti-evangelism law.)

The other contested territory, the Donbas region in eastern Ukraine, has also been controlled by pro-Russia forces. During a recent visit to Kyiv, amid the escalating tensions and predictions of war, Elijah Brown of the Baptist World Alliance noted that Baptists—the largest Protestant group in Ukraine—had suffered prosecution as a result of the occupation. They have been designated as terrorists and 40 of their Donbas churches were shut down.

“If the occupation of these territories is a foreshadow of what may come to Ukraine,” he said, “it should lead all of us to pray with greater fervor.”