Q&A with Acts 29 president Matt Chandler on assessing narcissists, the challenge of COVID-19, and new opportunities for vibrant churches.
Interview by Daniel Silliman|January 11, 2022 11:30 AM 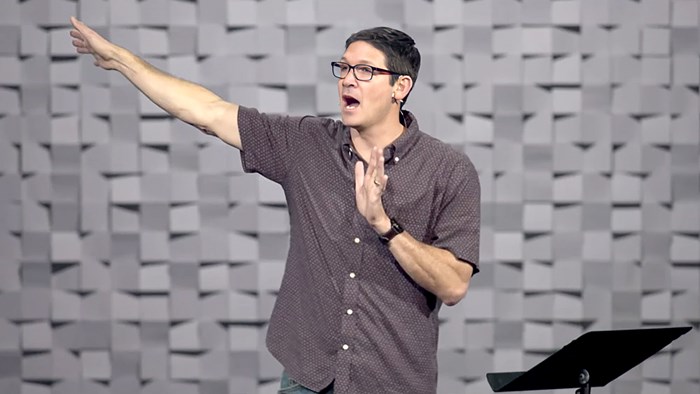 Acts 29 announced a new funding initiative today to encourage more church planting in 2022. The network, which includes more than 700 churches in 44 countries, will give newly affiliated planters two gifts of $25,000 to help them get started. Currently, there are more than 500 men going through the Acts 29 assessment and affiliation process.

CT talked to Acts 29 president Matt Chandler about the challenges of church planting in 2022, how the assessment process has changed in response to reports of abuse and narcissism, and what he’s learned in 10 years at the helm of Acts 29.

How has the pandemic impacted church planting?

By and large, the network did very well through COVID-19. If you were in week two of gathering and you were at a school, all of that stopped immediately and it was hard to get back into the schools, because they basically shut down for the rest of the year. If you were a more established church, you tended to do a lot better.

We didn’t have a ton of churches die—not as many as you might think—and then we got to serve the communities that we were in.

What other challenges are you facing? What is Acts 29 wrestling with in 2022?

I hope and pray because A29 is deeply theologically driven, we had some of the foundations laid to be ready for this moment. A lot of churches have done a lot of work on what it means to be made in the image of God, a lot of teaching on the imago Dei, and then the imago Dei really becomes the foundation from which you address these other issues.

Looking at this new plan to give new church planters two $25,000 gifts, it’s obviously great for a church planter to get this money, but was there a problem that this is solving?

It’s an accelerant. We see an opportunity right now—with the new Pew data about declining rates of religious identification, with a generation lost, with I think 4,500 churches closing their doors every year—to really lean in to this moment of history and plant biblically serious, spiritually alive, vibrant and innovative families of faith. We have been building toward this for the last couple of years, and are now finally able to do it.

We know you can give the wrong guy a million dollars and he’ll fail. You can give the right guy nothing but encouragement and he’ll succeed. We’re trying to find the right guy who has the right competencies and then assess him for a long-term run, and where he makes it through our process of assessment, then we want to give him $25,000 to start up with.

I’m glad you brought up assessment. One of the things we’ve been thinking about at CT, especially with The Rise and Fall of Mars Hill podcast, is the challenge of assessing character and not just talent. How is Acts 29 assessing character?

We made a major shift several years ago. I want to say about seven or eight. We decided we didn’t want to plant a 22- or 23-year-old who hasn’t spent a significant amount of time working in a church under someone else. We want to plant a 28-year-old guy, a 31-year-old guy, 36-year-old guy more than a 22-year-old who thinks he’s going to fix evangelicalism and has a dynamic preaching gift. I think that’s how you get in trouble, when the dynamic gift trumps everything else.

Since that shift has been made, we haven’t seen as much of a problem with narcissism.

The second shift is we’re assessing toward 11 core competencies. The first one is spiritual vitality. The second is theological clarity. The third is conviction. We’re looking for a healthy marriage. We’re looking to see that you have healthy relationships and genuine friendships. Is there a history of godly leadership? Do you have spiritual maturity? Do you share the gospel with other people or is it just when you preach? You have a history of faithful disciple making. The tenth one, can you actually teach? And the 11th one is we’re looking for an entrepreneurial aptitude, because at A29 we want to plant churches that plant churches.

Have those always been the competencies you assessed or has that changed over time?

It’s developed over the last few years as we’ve tried to do a better job with all of this. I hope we’re not finding every 22-year-old angsty gifted guy who’s going to “save” Christianity in our day and giving him a platform.

To ask my question kind of bluntly: The next Mark Driscoll or a young Steve Timmis, would they make it through Acts 29’s assessment as it is now?

I would hope they would get caught by it. I think there’s something about the dynamics of narcissism that makes it hard to catch, so I want to be careful, but we’re trying to organize as best as we can so that we can vet men before they get our sticker on them. And then after they’ve been vetted, get them in the kind of community that they might be encouraged or challenged if you start getting red flags.

We’ve done a lot of work around this and we hate abuse in all its forms.

You’re coming up on 10 years as president of Acts 29. What’s the biggest thing you’ve learned?

The majority of pastors out there love Jesus; desperately want to serve, love, and shepherd people; and are not in this for money, fame, or accolades. They are oftentimes bullied and battered. They make little to no money, and they’re having their whole life wrung out for the glory of Jesus Christ.

What ends up happening is you get the Mars Hill podcast, you get an exposé, and you get these guys whole souls are wrung out for the glory of God getting lumped in with the ones that make the news.

I always get heartbroken when I read the stories because I know there are other pastors who get lumped in “Oh they’re like that guy,” when they’re simply not.

You think that’s a big problem?

I think clarity can be perceived as control. I think accountability can be seen as abuse. I think we live in a day where no matter what, it’s a hard time to lead.

I hear you. There are many pastors I know and love who I see making sacrifice after sacrifice. But also, from my position at CT, I hear about more abusive pastors than I can possibly report on. There is so much terrible stuff that no one ever hears about. In every city in America, there is a biblically serious, theologically sound pastor who is hurting people. Isn’t that a bigger problem?

I’m a big Ephesians 5:11 guy, take no part in unfruitful works of darkness but instead expose them. I think that needs to be exposed. My concern is, the moment we live in lumps guys into that category who don’t belong there.

We started by talking about challenges; where do you see the biggest opportunities for church planting?

I see an opportunity around expressive individualism. I think that we’re seeing right in front of us the breakdown of the promises the world makes. We have a real opportunity to step in and answer the questions the world is asking.

Explosive growth is going to come out of a call to holiness and morality.

Can you talk more about the kindness piece? I feel like I’m seeing a harshness from a lot of Christians, an approach of, like, speaking the truth in brutality.

We have to go back to Christian hospitality where Christians can walk their neighborhoods and pray blessings over their neighbors’ homes, then meet their neighbors and have their neighbors into their homes and get to know them as people, and engage them with the gospel in that framework. That’s how the gospel works. It doesn’t work on social media at all. On social media, let’s be who we were called to be, let’s be salt and light, but the kinds of conversations we need to have for the gospel, those need to take place in living rooms and at dining room tables.