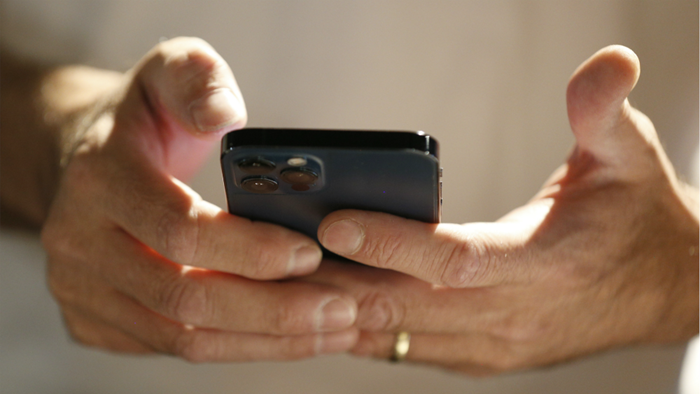 In 2021, venture capitalists poured more than $175 million into a handful of software companies developing spirituality tools for smartphones, betting big that tech startups can find a way to make a profit off of prayer, daily devotion, Scripture meditation, and Bible reading.

Prayer and spirituality apps aren’t new. They’ve existed almost as long as smartphones. But they didn’t attract this much capital until recently.

Last year, as tech startup funding grew to a record $600 billion, investors put nearly $3 out of every $10,000 toward religious apps.

The two big winners are Hallow and Glorify. Hallow, a Catholic app that has partnered with 250 parishes across the country but especially targets people who’ve stopped going to church, received more than $50 million. Glorify, an app that promises to help users develop a daily worship habit, raised $40 million in investments.

“It’s just a ridiculously exciting time,” Ed Beccle, one of the cofounders of the London-based Glorify, told Religion News Service. “I feel like I am constantly pinching myself.”

Part of the rush of funding may be due to COVID-19. The pandemic drew attention to how much regular religious practice could be moved online. But investors clearly believe religion apps will continue to be popular long after the pandemic passes into memory.

The apps seem to be considered a good investment because people connect to spiritual practices in a deeply personal way. As the investors see it, our phones are ourselves.

“One thing that I’ve always thought deeply about is, how do I find investments that are tied to what people deem to be a core part of their identity,” Connie Chang, an investor at a venture capital firm in Silicon Valley, told TheWall Street Journal. “When you look at these communities that people strongly identify with, that’s where they spend most of their time. That’s where you get longer-term retention.”

Religious uses of new communications technology have a long history. Evangelicals and other Christians have always found ways to make new tech work for them—adapting and innovating with YouTube, television, radio, book publishing, and even the telegraph.

Only a few years after inventor Samuel Morse sent the first morse code message from the chambers of the US Supreme Court in 1844, typing out the words “What hath God wrought,” missionaries hailed it widely as the key to global evangelism. In 1847, Congregationalist missionary Cyrus Hamlin even presented the technology to Abdülmecid I, sultan of the Ottoman Empire, as a reason to convert to Christianity.

Smartphone apps haven’t been any different.

The day that Apple first opened its app store—a year and a half after it released the iPhone in 2007—Life.Church in Edmond, Oklahoma, launched a free Bible app called YouVersion. The software was downloaded 83,000 times in three days. Last year, the app surpassed more than 500 million downloads.

The Bible software, however, remains a ministry of the church. The ongoing innovation and development is supported by donations. There’s no return on investment for venture capitalists.

The first for-profit companies to develop religious apps didn’t have a model for making money either. Instapray, developed in 2014 by a Polish man who emigrated to the US to get an MBA at Stanford University, didn’t even have a business model.

“It was never envisioned as a monetization platform,” founder Fryderyk Ovcaric said. “I started Instapray to create a safe, supportive online community, a place free of the overwhelming negativity present across much of the web.”

When billionaire entrepreneur Peter Thiel put money into Instapray, it was seen as a sign of his eccentricity. Or maybe an indication that Thiel, who once praised Jesus as “the first political atheist,” was more religious than people thought.

But the most recent crop of religion apps are not ministries and are not lacking in plans for monetization.

“I’ve come at it from a lot of different angles and one is very much on an emotional level and my own beliefs around faith,” Glorify CEO Beccle told TechCrunch. “Then the other is: It’s the most incredible commercial opportunity.”

The app is free to download, and the basic version is free to use. But a lot of the features require a subscription of $7 per month. There’s no public data on how many of the millions who have downloaded Glorify in 2021 subscribed, but if even 2 percent pay for 12 months, the company would gross $4.2 million.

Hallow has a monthly subscription for $9, which allows users to create prayer groups with family or friends, keep a journal, and download homilies. More than 1 million have downloaded it.

The recent religious apps are also looking to expand into social media platforms, which will give committed users more ways to connect with other people and more reasons to stay on the app.

The prospect is attractive to investors.

“I felt I understood it immediately,” said James Corden, the British host of The Late Late Show on CBS who received a pitch to invest in Glorify at a dinner party of celebrities in Los Angeles. “I grew up in a family of faith, and I saw that what Ed was doing was building not merely an app, but a community.”

If that’s something people want, then according to the rules of the market, it’s something they’ll pay for. And while prayer, Bible reading, and Scripture meditation will always be free, the smartphone apps that help people do those things in 2022 offer the promise of great potential profit.