The congregation in T. D. Jakes’s network is one of the biggest to shutter its doors due to COVID-19 constraints.
Megan Fowler|January 10, 2022 02:38 PM 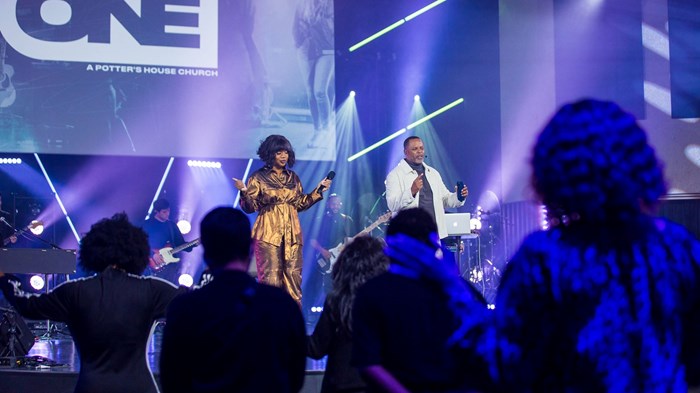 Image: Courtesy of The Potter's House

Online church and virtual campuses have become mainstays during the pandemic, and one Denver-area megachurch is making virtual services its only options—for good.

Last week, The Denver Post reported that The Potter’s House Denver will sell its property in Arapahoe County and continue to worship exclusively online.

The church—led by the daughter and son-in-law of T. D. Jakes—is one of the first and most prominent megachurches to move one of its locations online permanently without operating other in-person campuses in an area.

“COVID-19 forced every church in America to rethink how to best serve their parishioners and the broader community,” pastor Touré Roberts told the Post. “Due to the inability to gather and the economic instability of the pandemic, our church, like many other churches in the nation, experienced declining donations.”

As a result, The Potter’s House Denver decided to abandon its 32-acre property and 137,000-square-foot building, first built in 1989 and the church’s home since 2011. Another pastor at the Denver campus said the church had averaged 10,000 worshipers in live attendance and 300,000 weekly YouTube views.

Roberts cited the building’s condition and need of repairs, saying, “We decided that the best way forward would be to sell the property, continue our online offering that had proven a successful alternative and maintain our hands-on community outreach operations.”

Even with another round of COVID-19 infections disrupting services, experts don’t predict that many others will follow suit.

“Black churches … whether historical African or classically evangelical traditions, emphasize not forsaking assembling together,” said David Goatley, professor of theology and director of the Office of Black Church Studies at Duke Divinity School. “Being the body of Christ means functioning together, and being in community is critical.”

Despite giving up its physical location, The Potter’s House Denver will continue its local outreach and mercy ministries, including its food bank, which Roberts said feeds thousands of Denver families each year. In January, the church also launched local community groups.

A spokesman for The Potter’s House declined to answer further questions and referred CT to Roberts’s statements in The Denver Post.

The Potter’s House, founded in 1996 by Pentecostal preacher T. D. Jakes, now reports over 30,000 members across its locations in North Dallas, Fort Worth, Denver, and Los Angeles—the latter two led by Sarah Jakes Roberts and Touré Roberts. Jakes has returned to preaching in person at the Dallas church, where masks are required.

Jakes’s “influence as a thought leader and exemplar because of his media reach is significant,” said Goatley, but the number of churches that identify with Jakes is relatively small compared to the number of churches identifying with historical Black denominations like the African Methodist Episcopal and historic Baptist congregations.

Throughout the pandemic, Black churches have exercised caution in regard to in-person gatherings. Black churches have generally waited the longest to resume worship in person, and churches that have remained closed have been more likely to see significant drops in giving.

Lifeway Research found last November that African American pastors were 3.5 times more likely than white pastors to say their offering was down by 25 percent or more during the pandemic.

Though Black church leaders also been quick to implement technology to connect with church members virtually during the pandemic, gathering together as a community remains an integral part of life for the Black denominations.

Because The Potter’s House Denver is relatively new to its community and attracts young people, Goatley suspects it can successfully transition to an online-only congregations, but he doesn’t believe the online-only platform will become a trend among Black churches.

Congregations that have prioritized relational intimacy—showing up for births, deaths, marriages, graduations—will not want to trade their relational capital for online views.

“Churches that haven’t had that intimacy of ministry and [have instead] focused on gathering and production, people can experience that virtually. What you cannot virtually experience is relational intimacy,” Goatley said.

Digital church can be a great outreach and missiological resource, says Jason Thacker, chair of research in technology ethics at the Ethics and Religious Liberty Counsel of the Southern Baptist Convention. But he worries that by going exclusively, permanently online, The Potter’s House Denver misses the New Testament directives to gather together.

“Digital services are dangerous when they become the primary means of the church, because we are an embodied people,” Thacker says. “Church isn’t a service, a sermon, or even worship gathering, but the people of God.”

Thacker and his family have taken advantage of their church’s online worship services to protect his wife, who is currently immunocompromised after multiple rounds of cancer treatments. He’s grateful that vulnerable families like his can maintain a connection to their local church and for the outreach opportunities online church can create for those hesitant to enter a church building.

Thacker appreciates that The Potter’s House Denver will continue its food bank ministry, but wondered, “If you’re not forsaking those [ministries], why forsake the body gathering?”