After a money laundering case and dozens of lawsuits, the Christian college founded by David Jang is under new scrutiny from Christian accreditors.
Emily Belz|July 6, 2022 12:45 PM 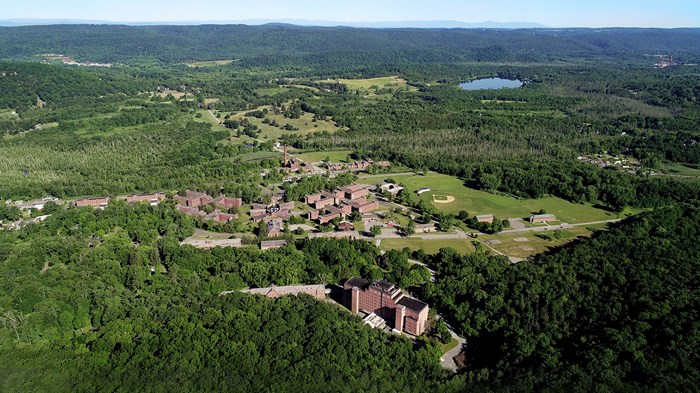 New York shut down troubled Christian college Olivet University’s campus on June 30, citing financial mismanagement and “a well-established pattern of non-compliance with laws, rules, and regulations.” In a letter denying Olivet’s appeal of the state’s decision, New York cited more than 50 lawsuits filed against Olivet over the past decade and 20 tax liens.

Olivet in a statement to CT said the state’s letter was “without regard to accurate facts.”

The school was founded by pastor David Jang, whose Olivet church is connected to a web of nonprofits and businesses, including media companies like Newsweek and the International Business Times. The wife of a former Olivet trustee had promoted Jang as a messiah who will complete God’s earthly mission, according to former members of Jang’s community.

Olivet University is based in California but has extension campuses around the country, including in New York, where the campus has operated since 2012. Historically many of Olivet’s students were Asian with student visas. The school has no relation to Olivet Nazarene University in Illinois or Olivet College in Michigan.

Like fellow businesses and ministries linked to Jang’s movement, the university has had high-profile legal problems in recent years. In 2020, a school trustee and an affiliated business partner pleaded guilty to money laundering charges, related to fraudulently obtaining $35 million in financing for Olivet University. The school itself also pleaded guilty to two charges related to the fraud and agreed to pay a $1.25 million fine.

After that case, the leadership of the school largely remained the same—a factor New York cited in its decision to shut the upstate New York campus down. The state had been reviewing Olivet’s case for two years.

Olivet said in a statement to CT that it is “completely debt-free” and that New York’s statements about its financial management were “deeply and inherently flawed.”

“Comparing to other Christian schools, Olivet University is in good financial shape. And as its audited financial statements show, OU operates from a firm financial foundation,” the school stated. “We felt the denial itself was likely directly influenced by misinformation from Newsweek's reporters, and was unfair.”

In April, Newsweek reported that the school was under a Department of Homeland Security investigation for money laundering, human trafficking, and visa fraud. Agents looked into whether Olivet’s international students spent more time working for less than minimum wage than studying at the university. Charges have not been made in the case, and Olivet said the raid was based on “misinformation.”

Through all of this, Olivet University has retained its accreditation through the Association for Biblical Higher Education (ABHE), but the latest news could spell trouble.

In February 2020, ABHE put the school on probation, saying Olivet failed to document its financial stability, governance, oversight, and the portion of income “allocated to educational programs and purposes.” In November of last year, ABHE restored Olivet to good standing, based on an ABHE visit to the California campus and the school’s self-reporting of remedial actions.

But with the recent headlines over the Homeland Security investigation, ABHE discussed Olivet at its June 22 meeting. Now it says that it has taken an action related to the school, but the school has a chance to respond before ABHE will announce its decision regarding Olivet’s status.

“We are aware of the allegations against Olivet, and we are in the process of working through actions related to those things,” Lisa Beatty, the executive director of the ABHE’s commission on accreditation, told CT.

Beatty said the ABHE treats media reports about an institution as a complaint against the institution, so that’s how the Newsweek report triggered a review of the school even though the agency had removed it from probation in November.

Beatty added that federal investigations into ABHE schools were an “atypical” situation. She said ABHE takes its watchdog role “very seriously” and “we have removed institutions from accredited status within the last 4 years. We have also sanctioned institutions, including this one in the recent past.”

New York’s standards in terms of shutting down Olivet differ from ABHE’s accreditation, she said. If ABHE removes Olivet’s accreditation, that would apply to the institution as a whole—so all seven remaining branch campuses would lose accreditation.

A media battle is also happening through all of this. The same day that New York shuttered the state’s Olivet campus, IBT Media sued for control of Newsweek.The CEO of IBT Media is Johnathan Davis, the husband of the former president of Olivet University Tracy Davis, and Newsweek’s CEO is Dev Pragad, a former Olivet member. Olivet-affiliated sources have claimed that Pragad is trying to take down Olivet with negative coverage of the school. Last month, Newsweek also covered criminal charges against an Olivet pastor. (Update: This week Newsweek also sued IBT Media, with allegations that Jang’s community was trying to hamper Newsweek’s reporting on Jang.)

In acknowledging the end of “a good, 10-year run in the state of New York,” Olivet said in a statement that it had “always envisioned multiple uses for our Dover (New York) location beyond the school itself.”

The New York campus itself had fewer than 50 students enrolled when the state shut it down, according to the state’s documentation. Students couldn’t complete full degrees there–only seven MBA courses and seven MDiv courses. Olivet has said its New York campus is “stepping back from offering credit-bearing courses for now” but is still seeking a full charter as a New York institution instead of as a branch campus of the California school. Olivet said it has invested $70 million in the campus.

Aside from the WEA headquarters, the school said it had plans for “a technology park and Christian innovation center, a hospital to serve the mission community, a ‘business as mission’ center, a sports center, and an evangelical themed museum, and an entertainment complex, among others.”

The nonprofit school has a half dozen associated businesses, including its own development arm, Dover Greens, which has focused on the build-out of its large property in the Hudson Valley.

The Department of Labor fined Dover Greens $700,000 in 2016 for exposing workers to asbestos and lead, a violation the NY DOE referenced in its letter to the school. Olivet stated to CT that all the lawsuits cited in the NY letter related to “the campus management company” and were paid in full or settled.

Thomas Bakewell, a lawyer and CPA who has advised Christian colleges in crisis for decades, said he usually cautions against money-making ideas that are too far from the mission of a school.

“I’ve gotten calls for many years from Christian schools and colleges, saying, ‘We want to get creative. How can we make money doing this, doing that.’ The answer is, you make money doing your business,” Bakewell said. Looking to the ABHE review of Olivet, he is most curious: “What do they say about their academic programs? Are they good?”

ABHE thought so back in November 2021, but Beatty said about Olivet, “It is a complex institution.”