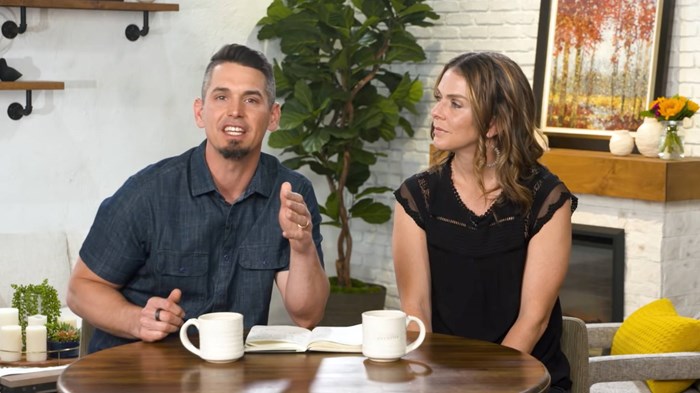 Leaders of one of the nation’s largest and most prominent congregations say their new pastor has been cleared of allegations of abuse at his previous church.

In June, Andy Wood, pastor of Echo Church, a multisite church based in San Jose, California, was named the new pastor at Saddleback Church and the successor to founding pastor and bestselling author Rick Warren.

After the announcement, former staffers at Echo raised concerns about the culture at the church, calling it unhealthy. At least one former staffer referred to Wood as abusive. Questions were also raised about Wood’s decision to have disgraced megachurch pastor Mark Driscoll, founder of the now defunct Mars Hill Church in Seattle, speak at a leadership conference Wood runs.

Wood, his former church, and Saddleback have repeatedly denied any allegations of abuse.

On Monday, Saddleback’s elders sent an email to the congregation of more than 20,000, saying a follow-up investigation by Vanderbloemen, a Christian executive search firm, had cleared Wood. They also said the church had hired a separate firm, Middlebrook Goodspeed, to review Vanderbloemen’s work.

“The team at Vanderbloemen interviewed former employees, former volunteers, peers, and current employees to ask them about their experiences with Andy,” Saddleback elders wrote, citing the two firms. “The sample can be said to be thorough. After our work, we concluded there is no systemic or pattern of abuse under Andy’s leadership, nor was there an individual that we felt was abused.”

The Vanderbloemen report will not be made public, according to a church spokesperson.

Monday’s statement was the second announcement church elders have made backing Wood. Saddleback will move forward with plans for Wood to begin as the new pastor in September, according to the elders. Wood and his wife, Stacie, who will serve as a teaching pastor, recently moved to Southern California, according to the church.

“We will now turn our attention to planning a celebration of Pastor Rick and Kay’s unprecedented 43-year ministry, and then welcoming Pastor Andy, Stacie, Caedmon, Sammy, and Karis as our newest members of the Saddleback Family,” the elder statement said, referencing the couple and their children.

Echo Church has required former staffers to abide by a confidentiality policy, which is designed to “guard against gossip, sharing passwords publicly, sharing sensitive data, etc. and cultivate a healthy culture,” Grace Tran, director of marketing and communications for Echo Church, told Religion News Service in an email.

When asked repeatedly if former staff members are still bound by the confidentiality policy, Tran did not answer, saying instead that former staffers should talk to Vanderbloemen.

The Saddleback elder statement did not specifically address the culture at Echo Church but did refer to a conflict that occurred at that church, adding that while “disappointment and hurt are not the same as abuse,” they still wanted to act with compassion.

“We know that we must minister in the REAL world, not the IDEAL world,” the elders wrote. “In our broken world, there will always be conflict, disagreements, and disappointments, so recovery and reconciliation in relationships will always be needed.”

Stacie Wood’s planned role at the church as a teaching pastor may cause trouble for Saddleback in the future. The congregation is part of the Southern Baptist Convention, which bars women from serving in the role of pastor. The megachurch’s status in the convention was already under review after Saddleback ordained three women staffers as pastors last year. Having women preach during worship services is also controversial among Southern Baptists.

Warren made a surprise appearance at the denomination’s annual meeting last month. After he spoke, the committee reviewing Saddleback’s status said it needed more time to make a decision.