While the DC-area congregation celebrates getting to move forward, critics continue to accuse leadership of a liberal takeover.
Kate Shellnutt|June 27, 2022 12:32 PM 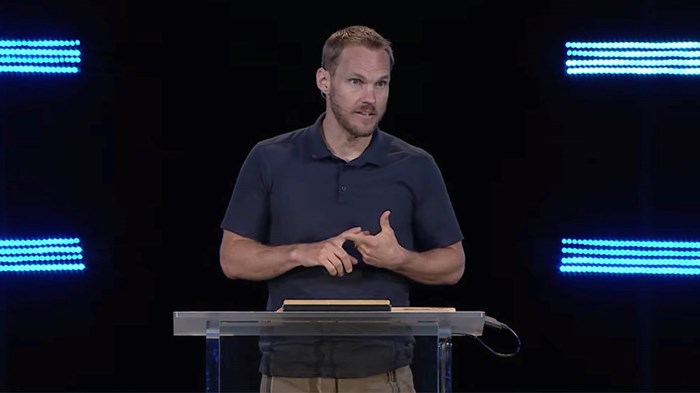 The year-long legal fight between McLean Bible Church and a faction who accused leaders including David Platt of a “theological takeover” has come to an end.

On Friday, a Fairfax, Virginia, court dismissed a lawsuit from a group of current and former members of the Washington DC-area megachurch, who contested a June 2021 elder election for allegedly violating church bylaws. Pastors announced the outcome across its locations on Sunday.

“I’m incredibly grateful for the courage of our church in staying together and persevering, in pursuing peace in ways that required numerous steps of faith, and for trusting God all the way through to the actual dismissal of the lawsuit,” said Wade Burnett, a lead pastor at MBC.

Earlier this month, the church requested the case be thrown out after redoing the election at the center of the legal challenge. Burnett said the group that filed the suit would not agree to meet for reconciliation or to discuss a dismissal.

A lawyer for the plaintiffs had said MBC’s response “fails to be even a pretense of a good-faith offer to resolve the case” and called it “a continuation of the Board of Elders’ determination to avoid transparency and accountability at all costs.”

Members of Save McLean Bible Church, a Facebook page for critics of current MBC leadership, have alleged a Southern Baptist takeover of the 60-year-old nondenominational congregation and liberal drift in its teachings, pinned to Platt coming on staff in 2017.

They suggested the process for last summer’s elder election—as well as the recent redo—were designed to uphold selections aligned with current leadership. “To no surprise to anyone, the elders put up by David Platt and the MBC leadership win in a landslide,” one post remarked.

Commenters on the page were disappointed by the suit’s dismissal. One post quoted Ephesians 6:12 and said, “Praying for the remnant. For those who are working to reveal the truth and seek righteousness. Satan is working overtime to thwart your plans and destroy you.”

The debate over the contested election for three new elders has been a proxy for concerns around the direction of the church after the retirement of its longtime pastor Lon Solomon five years ago. Last summer, former elder Mark Gottlieb said the church—once known as a hub for Capitol Hill evangelicals—had become a “stripped-down version of what it used to be” with “left of center” leadership making decisions that the rest of the congregation disagrees with.

The factions at McLean, as CT previously reported, reflect broader political and cultural tensions within evangelicalism, particularly around racial justice, with pastors participating in a Christian march following George Floyd’s death in 2020.

“I know that many churches across America have faced and are facing similar challenges during these days, and it is vitally important that we move past division and live out John 13:35, demonstrating love for one another and love for a world in need of Jesus,” Platt said in a statement on Monday, commending the church for resolving the conflict “as biblically and peacefully as possible.”

Last year, Platt spoke from the pulpit against his critics, saying they had launched a misinformation campaign against the three elder candidates who initially failed to receive a clear 75 percent majority vote to be elected. He referred to emails circulating that accused the candidates of wanting to turn the church into a mosque and a message claiming, “MBC is no longer McLean Bible Church, that it’s now Melanin Bible Church.”

In the lawsuit, plaintiffs claimed MBC barred some opponents from voting in a follow up election held in July 2021 and that its board purged members “with no measurable standard for making the determination the Constitution requires” and “with the sole intent of predetermining the outcome of the Meeting.”

Courts aren’t often the ones to adjudicate matters of church bylaws, but Sarah Merkle, an attorney and professional parliamentarian, told CT in 2021 the incident highlights the importance in any church of establishing and following sound voting procedures.

MBC had told members that the suit was “without merit” since the petitions requested in the lawsuit are not mentioned in the church’s constitution and that such accommodations would contravene church leadership.

The three elders recently resigned at the direction of a churchwide vote and were put up for a new vote along with this year’s nominees; all six were elected on June 6 with more than 86 percent in favor, the church said.

Because the court granted MBC’s motion to dismiss the case against them, “the lawsuit is now over and cannot be refiled,” according to a press release from the church.