Q&A with First Amendment champion Eric Treene on religious freedom, land use, and how the Westminster Confession contributed to his work at the Department of Justice.
Interview by Daniel Silliman|June 9, 2022 06:00 AM
简体中文繁體中文 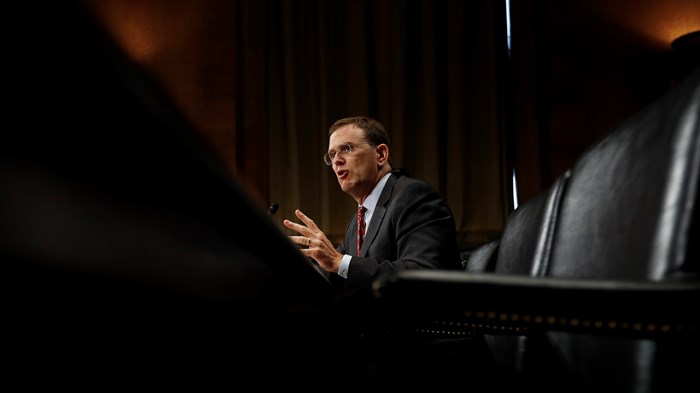 Eric Treene has gone to court to defend Jews, Jehovah’s Witnesses, Muslims, and people from other minority faiths for more than 25 years. If you ask him why, he points to the Bible and the Westminster Confession. Treene, an elder in the Presbyterian Church in America, is motivated by his faith to defend religious freedom—especially the freedom of those he disagrees with.

Treene was a lawyer for Becket and then, for nearly 20 years, special counsel for religious discrimination in the civil rights division of the United States Department of Justice. He developed and oversaw the enforcement program for the Religious Land Use and Institutionalized Persons Act (RLUIPA). Since leaving the federal government, Treene has taught the First Amendment at Reformed Theological Seminary and Catholic University and continues to litigate discrimination cases as a senior partner at Storzer and Associates in Washington, DC. This spring, Treene was honored by the Freedom Forum as a “champion of free expression.”

He spoke to CT about the problem of religious discrimination in America and why it’s so important that Christians advocate for religious freedom.

Usually it’s because they’re zeroed in on developing commerce. A lot of what you see is the demands of the marketplace steamrolling religion.

One of my early cases, for example, was a church that had very carefully gathered several plots of land at a key intersection, but the town wanted Costco to have that spot. The town tried to use eminent domain to seize the property to build a Costco.

Is it because they hate churches? No. Again and again, what we see is discrimination against places of worship not so much out of animus but because they would rather have a commercial property that’s generating tax revenue.

There’s a very powerful economic engine in our society that often trivializes faith. The Religious Land Use and Institutionalized Persons Act (RLUIPA) is one way churches can push back against that.

One of the most famous land use cases you worked on was a mosque in Murfreesboro, Tennessee.

Yes. Sometimes the issue is animus.

In the first 10 years after 9/11, we saw a significant increase in hate crime. Attacks on the street, vandalism of mosques, and so forth. But starting around 2010, we saw something else: a sharp increase in opposition to the construction of mosques or Muslim schools. I think maybe it happened then because Muslims laid low for several years after 9/11, but their communities were expanding and needed more space, needed to build.

In Murfreesboro, that was a very interesting case.

There was a lot of rhetoric like “Where are these people coming from?” when in fact, they were professors from Middle Tennessee State, local professionals, businessmen, people like that who’d been renting space for their mosque for 20 years. They had put down roots. They bought some land and sought to build.

The town approved it. But it caught the attention of some residents and others in nearby counties who were concerned. That caught national attention, and it got spun so people were saying this was a group that wanted to radicalize Middle Tennessee. There was some crazy stuff. They had plans for a pool, and there was rhetoric like, “Is this pool for underwater demolition training?” Crazy stuff.

And there was vandalism. Someone firebombed a front-end loader.

An elected state judge ruled the mosque had been improperly approved. Because this wasn’t a normal place of worship, it required a different a procedure. We said, “No, you have to treat them like any place of worship; there’s no reason to do anything different here, under RLUIPA.” The federal court sided with us, and county officials were ordered to ignore the state judge.

As a Christian, did you find it hard to explain to Christians why you were defending Muslims’ right to build a mosque?

Sometimes. I do think, as Christians, we should think about why we believe in religious liberty. Is it just to benefit Christians? Is it just because it’s in the Constitution? Or is it something more fundamental?

I think, as Christians, it goes much deeper.

If you go to Scripture, so much of Scripture is “If you believe.” Again and again there’s an emphasis on belief and there’s an idea that authentic faith requires belief. It’s not enough to have the government forcing people. You can’t be saved by living in a righteous kingdom. People have to be free to believe.

I go by the Westminster Confession: “God alone is lord of conscience and has left it free from the doctrines and commandments of men.”

But the problem of Islam in America really challenged even advocates of religious freedom. There were many defenders who, when it came to Muslims, said, “Well I can go this far and no further.”

When did you first get interested in the problem of religious discrimination?

In my second year of law school at Harvard. We had 150 people in my constitutional law class, and we discussed free speech, and my classmates were leaning forward in their seats. Very energized, excited, debating. But when it came to freedom of religion, I felt everyone sitting back.

There was one case we discussed involving Native American rights—it was a case with sacred land and a logging road that would go straight through the land, and the question was, Does the government have to give any reasons for why the road goes there instead of, you know, two miles to the west? The court said no, but Justice William J. Brennan wrote an impassioned dissent. He was a hero in the free speech cases. But when it came to religion, I found myself the lone person in the class defending Brennan.

Many people are willing to go to great lengths to make sure that free speech can flourish but were not willing to require the government to incur any costs to make room for religion. After that, I was very interested.

When the opportunity came, I joined Becket and then, when the George W. Bush administration created a special counsel for religious discrimination in the Department of Justice, that’s the position I applied for and filled for 19 years.

Not much, no. When the Obama administration came in, for example, I was told to keep working on religious land use cases, and we did just as many evangelical cases as we did in the Bush administration.

It changes on the margin, where you’re putting in friend-of-the-court briefs. But the focus of the work didn’t change.

As you’ve watched religious liberty cases over the years, have you noticed changes? Does the shape of the conflict pretty much remain the same, or has it morphed over the years you’ve been involved?

We’ve really moved away from the idea that religion in the public square should be oil and water. I’m encouraged by that.

But there are still issues. Right now I’m representing a lot of Orthodox Jews. They face a lot of bias. Hate crimes against Jews have always been cause for concern.

With evangelicals, it’s mostly this commercial preference that leads to bias, not hostility. The one exception is where evangelical belief conflicts with deeply held secular beliefs, which is where you get conflict with LGBT equality. I think the issue of finding an understanding on LGBT rights and religious liberty is critical.

People are tolerant of religious views generally, but when they interfere with deeply held secular values, people say, “Enough is enough” and “You cannot have access.”

But religious liberty means you have to create space for people to be in error—which is fully biblical, by the way. Even when somebody is wrong, you need to love them and listen to them and have humility. The law creates that space so people can follow their conscience.