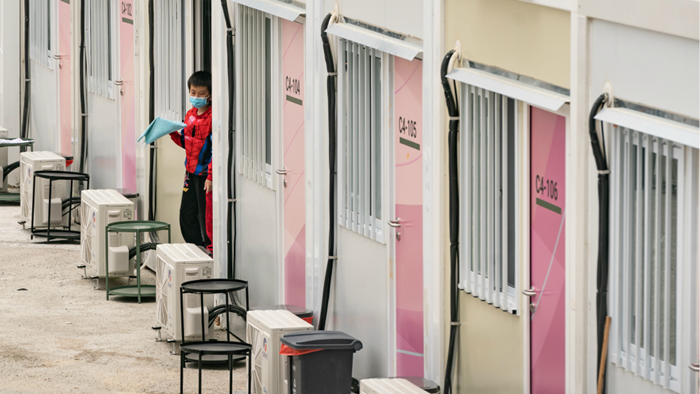 More than 5.2 million children around the world have lost a caregiver to COVID-19, according to a new report released by The Lancet Child & Adolescent Health journal.

The number of newly bereaved children increased so rapidly between March 2020 and October 2021, experts in Christian orphan-care ministries can compare the crisis only to the one caused by HIV/AIDS, which has orphaned a total of 16.5 million people since the 1980s. The response, they hope, will be as earnest as it was in response to AIDS—but different.

Orphan-care ministries see the current crisis as an opportunity to fully turn away from institutionalization, throwing all their support to a family-care model.

“We’ve learned from the past,” Elli Oswald, executive director of the Faith to Action Initiative, told CT. “We know that residential care facilities, orphanages, and children’s homes are only Band-Aid responses that don’t address the real challenges that children and families are facing—and in fact they can cause more trauma and harm to children.”

In the 19th century, Christian organizations built orphanages as a swift solution to the dire need of abandoned and neglected children. American Protestants funded orphanages around the world, and Christians became the primary provider of orphan care. What might have been seen as a temporary solution, however, became in many cases permanent.

“While it was incredibly generous and well-meaning, it caused harm that we didn’t realize,” Oswald said.

American Christians give an estimated $3.3 billion to orphanages annually. And orphanages may still sometimes be the best available option in the short term in some situations, Oswald said. But long term, the Faith to Action Initiative and other leading orphan-care ministries seek to support family and community solutions.

A coalition of faith-based ministries, led by the Faith to Action Initiative, wrote a letter to the United Nations last fall in support of family-based care. At the time, 1.5 million children had lost a caregiver to COVID-19.

In 2019, the United Nations passed a resolution prioritizing family-based care and calling for the eventual elimination of institutional homes. Every member state signed on to the resolution. The current crisis, however, could cause some nations to become desperate for easier options. Christian ministries hope the UN will help them solidify government support for best practices.

“As we did during the HIV/AIDS epidemic, World Vision seeks to be a leader in a global response to support families ensuring that children can remain with their loving caregivers,” said Lisa Bos, director of government relations with World Vision US. “But we also need government leaders to prioritize children and address issues like caregiver loss in their COVID response.”

Jenny Yang, senior vice president of advocacy and policy at World Relief, said the pandemic has wiped away 20 years’ worth of work at decreasing extreme poverty around the world. The hardest-hit nations—including India and Brazil—are feeling the urgent need to respond to the crisis.

“The earlier we’re able to intervene, the [better] we’re able to address the root causes of what is causing extreme poverty to rise,” she said.

Even in a time of crisis, though, there’s a reason to support families, whether that means a single-parent home, a relative, or an extended family.

“Families are the God-given institution through which children can experience social, emotional, and economic support,” Yang said, “so … making sure that orphans are able to be with family, if they’re able to care for them, is extremely important.”

Having a family member care for a child is not only in line with biblical principles, but there is evidence it’s the most practical solution, according to Phil Green, one of the coauthors of The Lancet report and a leader with World Without Orphans. There is a variety of research on the topic, he said, but it generally shows family-based care is more cost effective.

“The myth that building orphanages is cheaper and countries can’t afford to do it other ways really doesn’t stand up to the evidence,” he said. “We know what works. Let’s make a difference in the lives of these children—because children are resilient and can go on to thrive.”

Green said his research has also allowed organizations to see the areas of greatest need. The majority of caregiver deaths have been male, depriving many children of fathers. The majority of children impacted by COVID-19 deaths (64%) are between the ages of 10 and 17.

They face increased vulnerabilities to poverty, sexual violence, and other kinds of exploitation. There is potential for the negative impacts of losing a caregiver to ripple into the future, but there is also an opportunity for the church to act now to prevent future harms, Green said.

Religious organizations that might once have taken responsibility for running orphanages can play a pivotal role in placing children in families. Religious leaders can be intimately integrated with a community, according to Green, which enables them to identify needs, empower communities to find solutions, and connect people with necessary resources.

“We’re seeing around the world that churches are an excellent place to do that family-strengthening piece,” he said.

That’s how Bethany Christian Services sees it too.

“We have social workers on the ground that are walking alongside the families and providing them and connecting them with services so they can be strengthened and empowered,” said Leena Hill, vice president of global services at Bethany.

Over the years, their social workers have also learned that it’s important to help in the right way.

She said the natural response when looking at horrific statistics from COVID-19 is to want to do something—anything. And that’s good, but it’s important to respect and strengthen the communities that need help.

“Often the solution is available in the communities themselves,” she said. “More often than not, these children do have a living relative.”

The great need to care for orphans could send some back to old models, but Hill hopes people will instead think about how to help pair the children with local solutions or work alongside local solutions already in place.

It could be, she said, a really critical moment for Christians.

“What an amazing opportunity,” she said, “to demonstrate more powerfully the love of Christ by responding well.”