A division of Sony Philippines, Waterwalk Records is crossing genre and denominational lines to bring inspirational songs to the online masses.
Cora Llamas in Manila|March 17, 2022 06:00 AM
简体中文繁體中文 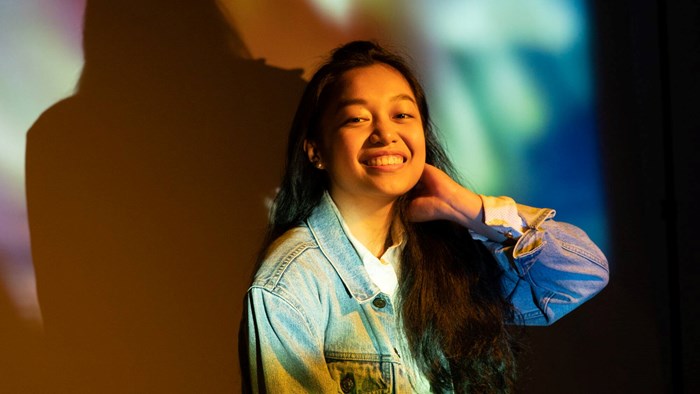 As Roslyn Pineda drew closer to God during the pandemic, she reconnected online with Christian friends she hadn’t seen in years. Though she had been living in Hong Kong for 20 years, she joined their Bible studies back in the Philippines.

And as the general manager of Sony Music Philippines, she began thinking about the significance of Christian music during this global moment.

“Given the many hardships and the monumental losses that COVID-19 has brought about, would it not make sense that people would turn to God? Whether they knew it or not, would they not need more faith-based and inspirational music in their lives?” asked Pineda, who is Filipina.

The new label was promising on the evangelistic front and on a business one. Sony’s Christian division, Provident, ranked the Philippines among its top 10 markets outside the US. And the audience demographics were also the most sought-after by churches and companies alike: 16-to-35-year-olds who demand authenticity and consume music through Spotify and YouTube.

“It is an unexplored market that has a huge potential,” Pineda said. “We had to go where the streaming market is. While many of our audience is active in their Christian communities, we also wanted to reach out to those who are non-Christians and/or nonpracticing Christians.”

In the Philippines, top songs on the Christian charts often come from global labels like Hillsong or church networks like Every Nation Music and Victory Church, which has more than 100 locations across the country. Original Filipino Gospel, mostly sung in Tagalog, has also acquired a strong following over the decades through the larger evangelical churches.

Much of the Christian indie music has been inspired by Papuri, a popular music ministry developed by the radio network Far East Broadcasting Company 40 years ago, noted Jungee Marcelo, a Christian songwriter and producer.

Waterwalk Records, though, is not affiliated with a particular church or tradition, and its artists come from a range of denominational backgrounds. 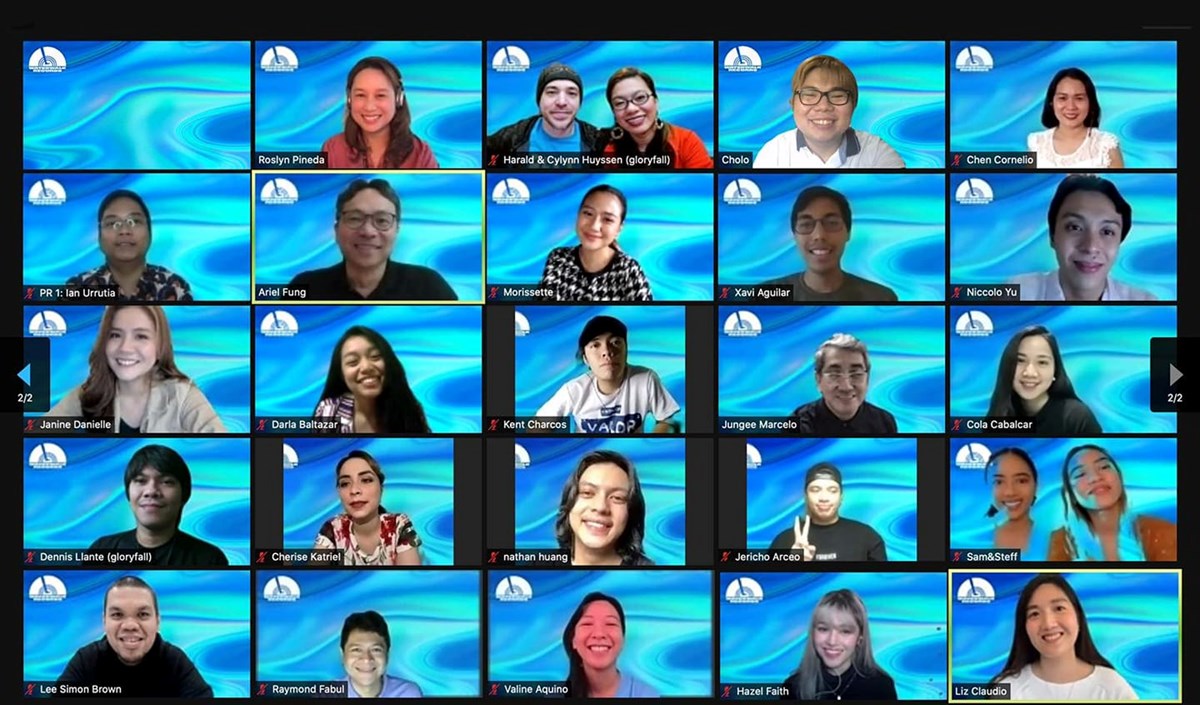 Its first dozen streaming singles come from musicians who are active in praise and worship ministries but also in secular entertainment; many of them have built their followings online. All but one are from the Philippines, and their churches are spread across the 7,641-island archipelago, deliberately not limited to the National Capital Region.

While Waterwalk seeks to be “genre-agnostic” and features a generation of artists that transcend Christian music check boxes, the label is holding to some nonnegotiables when it comes to faith. First, songs have to be “theologically sound and Bible-based.” The team guides artists to ensure that their lyrics are aligned with Scripture. “Some lyrics can be empowering, but they are not necessarily gospel-based,” Pineda said.

Second, the artists have to be “strong in their faith and … devout Christians,” who have been walking with the Lord for a while and not brand-new believers. The hope is that such spiritual maturity would reduce the risk of an artist doing things that could cause their audience to stumble and that it would make the music richer, with the authenticity that young listeners were looking for.

Darla Baltazar, 24, who sings and produces music from her bedroom in Manila, is one of Waterwalk’s most popular artists. She shares her songs, her faith, and her process on her social channels. Her most popular song, “No Good Thing” is a “holy groovin’,” jazzy take on Psalm 34.

“I am very serious about my relationship with God,” Baltazar said in an interview with CT. “I can’t fake and force the lyrics. Those words come from my walk with him. God would tell me to share my music so that listeners would find their way to him.”

Baltazar’s chill, smooth, coffee-shop sounds draw in non-Christian listeners, while her lyrics introduce them to gospel truths. She sees fans go from confused to curious to inspired. “I ask my non-Christian Instagram followers why they are following me,” she said. “They like the melody, but the message pulls them in.”

“They say in the comments section that they don’t know God,” she said, “but they crave for that sense of belonging that they felt through my music.”

Tsai, 27, has gone viral for her Chinese cover songs and now composes piano-driven worship. Her English-language release called “My All and All” came out last year.

“There is so much uncertainty and hardship, which make people think of what is truly certain and what we can hold on to,” she says. “My central message is that God is consistent, and his love does not change. That sense of consistency attracts people to get to know him.”

Baltazar believes pandemic streaming has led to a new acceptance, and possibly even hunger, for gospel-centered music among people on TikTok, YouTube, Instagram, and Spotify.

“Everybody at home was listening to this genre of music,” she said. “It’s why my music multiplied, and people played it in the background while working or studying. They say it’s peaceful and calming.”

Pineda confirms that there was “growth in music consumption in the Philippines during the pandemic across all platforms but most especially YouTube and TikTok. There was also a spike in catalogue songs [of iconic artists] because, during uncertain times, people wanted the comfort of familiar tunes.”

Baltazar thrives off the interactivity on social media, replying to followers’ questions, incorporating their suggestions in the songwriting process, and sharing her reflections on faith. She holds online events—catering to needs in a global pandemic—where she and listeners can experience the music and the message together.

As she describes it, “People tell us about the music they want, and we curate it for the listening party. We divide the program, and there is a 15-minute gospel message. In these events, we listen to Christian music together, not like a concert, but just appreciating it. The listening party can also become evangelistic as we also invite non-Christians.”

Baltazar, a former preschool teacher before going into full-time music creation, loosely describes her affiliation as “Christian indie, or people who make Christian music but outside the typical church congregation.” Her 2020 single “Feet in the Rain,” took off on Spotify playlists, and Baltazar was named one of The Gospel Coalition’s artists to watch in 2021.

“The majority of my listeners are in the US. They’re mostly Christians from the ages of 18 to 24,” she said. “They don’t even realize I’m Filipino.”

“My fans know I’m an outspoken Christian,” said Tsai, a successful pop artist before she became known for her Christian music. She is currently under contract with Sony Music Taiwan.

Unlike the Filipino Christians on Waterwalk, Tsai comes from a context where Christianity is not the majority faith.

“People in Asia have biases against Christians and think we can be pushy,” she told CT. “I’ve never thought of releasing a worship song publicly, no pop singer in Taiwan does that. It’s very sensitive here. No artist wants to be officially associated as a hardcore Christian.”

At the same time, she maintains, “I always want to stay true to myself. Christianity is my lifestyle, and I feel that there is no shame in saying that. I make it clear to the audience that the song I release is what I feel from my religion, and that it can give them empowerment.”

While the initial list of artists is mainly Filipinos, Pineda envisions making Waterwalk more regional in the future. There will be efforts to reach out to Christian artists in Korea and other countries in Southeast Asia, banking on Sony’s extensive international network.

To date, Pineda says the response from the streaming platforms has been encouraging, opening up Waterwalk’s current playlist to the US market.

As the label continues to release new music, Pineda hopes the project lives up to its namesake.

“Waterwalk is based on Matthew 14:22–36. Everybody remembers that passage of Jesus walking on water. But they tend to forget that Peter also walked,” she said. “We wanted a name that showed something similar: to be bold, stepping out in faith, and something adventurous.”