Christians Remain a Minority Down Under, but Gen Z Aussies Are Open

New survey finds just 6 percent of Australians are heavily involved in the faith.
David Roach|November 23, 2022 09:00 AM 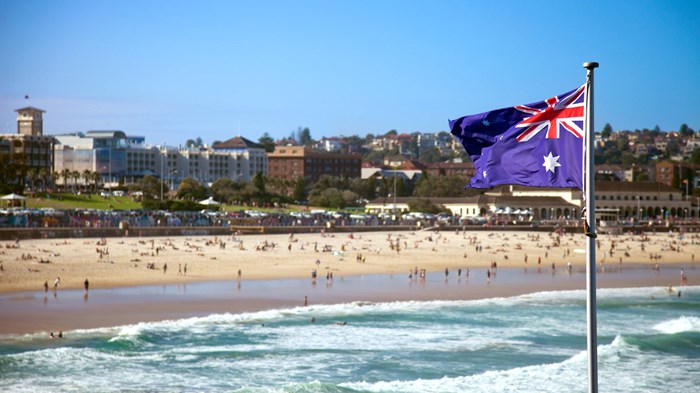 Australian Andrew Thorburn was forced to resign last month, just over a day after being named CEO of a professional football club in Melbourne. The reason? His leadership role at City on a Hill, an evangelical Anglican church with traditional Christian views on homosexuality and abortion.

The episode seems to reflect the state of Australian spirituality more broadly, as an overwhelming majority of the country isn’t involved in church and more than a quarter have negative attitudes toward Christianity, according to a recent report.

Released this month by the research firm McCrindle, The Changing Faith Landscape in Australia found that just under half (46%) of Australians claim Christianity as their religious affiliation. Yet only 16 percent attend a Christian church at least monthly, and just 6 percent say they are “extremely involved” with practicing their Christian faith.

Despite the trends, researchers also noted fertile ground for evangelism as most Aussies are open to changing their religious views.

“There's certainly a sense in Australia that we are a secular nation and that Christianity clings to the edge of the conversation, useful for a comment or sound bite when needed but not required for policy, etc.,” said Stephen McAlpine, a blogger and national communicator for the Christian ministry Third Space. “It very much feels like an ‘away game’ not a ‘home game.’ I think that we can play that to our advantage because most Aussies are not rejecting something they know from the past and did not like. They're simply not aware of Christianity.”

A third of Aussies do not identify with any religion or spiritual belief, while another 13 percent hold spiritual beliefs without identifying with a specific religion. Six percent practice religions other than Christianity.

The Australian religious landscape is more secular than in the US, where 64 percent identify as Christian and about 30 percent as religiously unaffiliated—often referred to as “nones.”

Older Australians are more likely to identify as Christians than their millennial and Gen Z counterparts. More than half of boomers and nearly three-quarters of the oldest generation still consider themselves Christian.

“Church abuse” tops the list of factors that negatively affect people’s perception of Christianity, with 74 percent staying it has a “massive” or “significant” influence on their view. Close behind are hypocrisy, judging others, and religious wars.

For younger generations, the church’s stances on homosexuality and gender roles have a significant negative impact. Nearly half of Gen Z says the church’s teaching on LGBT issues negatively affects their view of Christianity. That compares with 26 percent among the oldest generation.

Thirty-four percent of Gen Z and 20 percent of the oldest generation are influenced negatively by the church’s teaching on women’s roles.

A significant minority of Australians—11 percent—doesn’t know a single Christian. The figure is even higher among Gen X at 16 percent.

Yet the report contained a silver lining for Christians. Aussies have positive views of the church and are open to changing their spiritual views.

“Most ordinary Australians” are “still open to talking about faith, and research again suggests that personal relationships are the biggest way to promote the gospel,” said Akos Balogh, external engagement manager for Moore Theological College in Sydney and former CEO of The Gospel Coalition Australia.

“While I can’t speak for all churches and ministries, there is growing awareness that personal relationships are indeed a key to reaching non-Christians. This shouldn’t surprise us: The Bible speaks about the missional importance of living godly lives among non-Christians.”

Almost half (46%) of Australians are “extremely” or “very” open to spiritual conversation involving views different from their own. The percentage is higher among younger generations—53 percent of Gen Z versus 34 percent of boomers.

Aussies aren’t just willing to talk religion. They might even rethink what they believe. Almost three in five are at least slightly open to changing their current religious views. Younger groups are most open to altering their views.

Additionally, most Australians value the church. Among church work that people highly or somewhat value are looking after the homeless (75%), offering financial assistance and food relief programs (73%), providing facilities to care for the aging (71%), and working to abolish modern slavery (64%).

That creates an opening for evangelistic success if Christians will live out their faith authentically, said Sophie Renton, managing director at McCrindle.

“While less people are identifying with Christianity than years prior, there is still an openness to engaging with faith and church,” she said. “An important part of this is for people who do not believe to see firsthand those in their life who live out a genuine faith. Authenticity is crucial alongside building relationships of trust as avenues for conversation. Investing in real relationships and creating healthy communities are key for creating opportunities to build the church.”

Christians Remain a Minority Down Under, but Gen Z Aussies Are Open

Christians Remain a Minority Down Under, but Gen Z ...