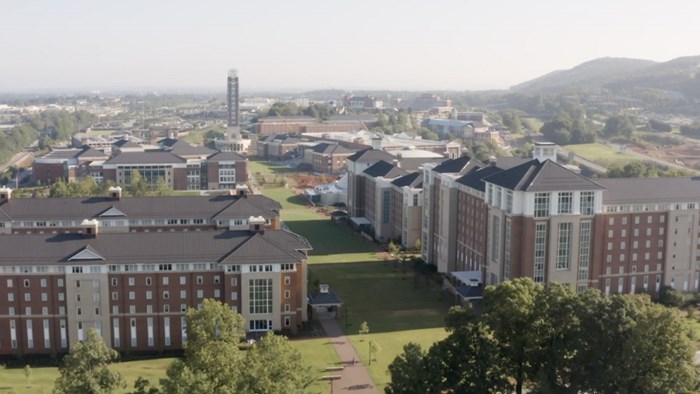 A former dean at Liberty University has sued the university, alleging he was fired in retaliation for his whistleblower reports to Liberty leadership and law enforcement.

The lawsuit, filed in the Lynchburg Circuit Court last Thursday, claims that over the past four years John Markley made “repeated good faith reports of disturbing violations” of state and federal law at Liberty, only to be terminated from his role as administrative dean for academic operations in June.

The university says that he was let go as part of a reorganization and that his allegations are without merit.

Markley’s suit lists 15 “improper activities” he said he raised concerns about, including potentially fraudulent management of Liberty charitable organizations and corporate subsidies; the intentional misrepresentation of acceptance rates and enrollment numbers for financial gain; and a compensation scheme for LU business executives.

“The improprieties witnessed by Dr. Markley were numerous,” the suit says. “Dr. Markley’s position provided an eye-opening perspective on the inner workings of a multi-billion-dollar enterprise that operated to maximize profits without ethics and at the expense of truth and those willing to fight for it, and to the detriment of the students, and professors.”

Liberty spokesman Ryan Helfenbein said in a statement that Markley’s termination was “wholly unrelated” to any misconduct allegations and that the school did not learn about his communication with a federal agency until after he left.

The recent lawsuit, which alleges “retaliatory actions taken against employees of LU” is similar to one filed in October 2021 by Scott Lamb, Liberty’s former spokesman. Lamb alleged that he was fired for criticizing Liberty’s response to sexual assault. The school said that “played no role in his termination.” The suit is ongoing.

Markley’s suit also lists reports of conflicts of interest in investigations of wrongdoing at Liberty, intentional destruction of likely relevant evidence in such cases, and attempts to “obstruct the aims of Title IX and corrective measures to combat sexual assault on campus.”

In July 2021, 12 women sued Liberty University for fostering an unsafe campus environment and mishandling Title IX complaints. Within months, 10 other Jane Does joined the lawsuit. An investigation by ProPublica found the Lynchburg, Virginia, school discouraged and dismissed student reports of sexual assault. Former students said that when people reported assault or rape, the school threatened to punish them for violations of “the Liberty Way.”

Liberty settled the Jane Doe lawsuit in May, announcing that it “had already undertaken various initiatives” to better protect women on campus. All but two of the Jane Does reached a settlement with the university. Advocates have called for an audit by an independent third party as the findings from the investigation commissioned by Liberty’s board in 2020 into “all facets of Liberty University operations” were not disclosed publicly at its conclusion.

According to his filing, Markley began voicing concerns to Liberty leadership in 2018—a decade after he started working at the university and a year after he was given a full-time position.

It’s been a tumultuous few years at Liberty. The school lost its spot as the largest Christian university, though it remains one of the biggest players in Christian higher ed with total enrollment over 130,000. Former president Jerry Falwell Jr., whose business savvy grew the evangelical school, entangled Liberty in controversy: his financial deals, his friendship with Donald Trump, offenses over race, and the sexual scandal ultimately led to his resignation in 2020.

After Falwell Jr.’s resignation, the board commissioned an outside firm to investigate business operations during his presidency, “including but not limited to financial, real estate, and legal matters.” The findings have not been made public. Multiple stories by Politico reported on self-dealing at the multibillion-dollar university, such as construction and real estate projects going to family and friends of the Falwells.

The school has yet to name Falwell’s successor and is currently being led by longtime LU board chair Jerry Prevo. Markley was supervised by Scott Hicks, Liberty provost and chief academic officer, who serves under Prevo.

In his filing, Markley says he never received workplace discipline or a performance improvement plan from Liberty before his termination.

The school plans to file “a point-by-point refutation of the allegations beginning with the fact that Dr. Markley was let go from the university as a result of an administrative reorganization,” it said in a statement. “During his time of employment at the university, Dr. Markley expressed his opinions on certain administrative matters. His opinions were taken seriously and addressed appropriately, even when unfounded.”

Markley’s lawsuit says he acted as a whistleblower until his termination.

“Dr. Markley reported these issues as he had a good faith belief that they were violations of the law and doing so was in the best interests of the institution, its students, and its academic programs,” it reads. “But for Dr. Markley’s numerous protected reports under the law, LU would not have terminated Dr. Markley’s employment.”

Markley is asking for financial compensation and for reinstatement to his job.