The prize, named for the Reformed theologian who defended art’s importance, goes to a visual artist for the first time.
Emily Belz|November 9, 2022 09:45 AM 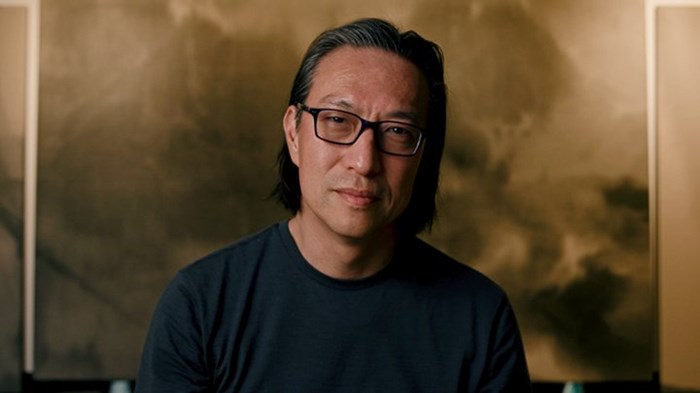 Calvin University and Calvin Theological Seminary named artist Makoto Fujimura as its 2023 Kuyper Prize winner, which is named for Reformed theologian Abraham Kuyper, who argued that art was vital to renewing God’s world.

Fujimura is the first visual artist to receive the prize, which Calvin has given out annually since 1998. On Tuesday when Calvin announced the prize, Fujimura was in the middle of a private meeting with Pope Francis.

A Japanese American and Christian, Fujimura has always related Reformed theology about renewal to his work. He practices kintsugi, taking broken pottery and restoring it with precious metals. He also practices the Japanese technique of nihonga, painting with pulverized minerals that in his work symbolize brokenness and renewal. He has long talked about a framework of “culture care” as opposed to “culture wars.”

“As Christ followers, we are called to the work of renewal,” said Jul Medenblik, president of Calvin Theological Seminary in a statement about the prize. “What Fujimura is doing through his work is reminding us of the Kuyperian perspective that ‘The final outcome of the future … is not the merely spiritual existence of saved souls, but the restoration of the entire cosmos, when God will be all in all in the renewed heaven on the renewed earth.’”

Kuyper—a 19th- and early 20th-century theologian, entrepreneur, journalist, and prime minister of the Netherlands—argued that Christians should commit their lives to the renewal of the world in whatever sphere they served in. He believed that church work was not more special than other work and that grace invaded all of life, specifically in saving grace for the Christian and in common grace for all humanity. To Kuyper, the work of renewal was not simply an individual endeavor but best accomplished through institution-building, which he did by founding a university.

“Kuyperian vision allows me to be fully Christian and fully artist,” Fujimura told CT. “The work of faith and the act of making are deeply connected, one flowing into the other.”

Kuyper talked about art as an essential part of restoring the world.

“Art has the mystical task of reminding us in its productions of the beautiful that was lost and of anticipating its perfect coming luster,” he said in an 1898 lecture at Princeton Theological Seminary. “Art reveals ordinances of creation which neither science, nor politics, nor religious life, nor even revelation can bring to light.” He added the artistic gifts have “flourished even in a larger measure” outside of the church.

Princeton, where he gave that lecture, had its own Kuyper Prize, which it awarded to Presbyterian pastor Tim Keller in 2017 and then rescinded over an outcry that the Presbyterian Church in America (PCA), where Keller serves, does not ordain women. Keller is likely the most popular Reformed preacher and author in the US today.

“If you can't give an Abraham Kuyper award to Tim Keller, who can you give it to?” asked Southern Baptist leader Daniel Darling in a tweet at the time.

Fujimura, too, was an elder in the PCA and was at one time a part of Redeemer Presbyterian Church where Keller pastored. He’s now “a bit nomadic,” he said, living in Princeton, New Jersey, and attending Episcopal churches there and in New York. He has been a fixture in the New York Christian art world, and his family survived a close encounter with the attacks on 9/11—they lived three blocks from the Twin Towers.

He founded arts organization International Arts Movement, now named IAMCultureCare, and his book, Culture Care: Reconnecting with Beauty for Our Common Life, won a CT book award in 2018. He was also the director of the Brehm Center for Worship, Theology, and the Arts at Fuller Theological Seminary. He has had broad national recognition as well, with a presidential nomination to the National Council for the Arts.

His faith has also led him to work related to literature and film. Shortly after he became a Christian in Japan in 1988, he encountered in a museum a fumi-e, a brass block with images of Jesus that 17th century Japanese rulers forced Christians to step on to renounce their faith or face torture. The brass blocks are a central feature in Shūsaku Endō’s novel Silence, and Fujimura became an expert in the blocks and Endō, writing a book on the subject. He was a consultant for Martin Scorsese’s 2016 movie based on that novel.

Fujimura reflected on his work’s ties to Kuyper in a 2012 Books and Culturearticle.