Even in States with Bans, Christian Clinics Continue Post-Abortion Care

Some women who travel out of state for the procedure still rely on local pro-life pregnancy centers for support in the aftermath.
David Roach – Baptist Press|September 29, 2022 11:00 AM 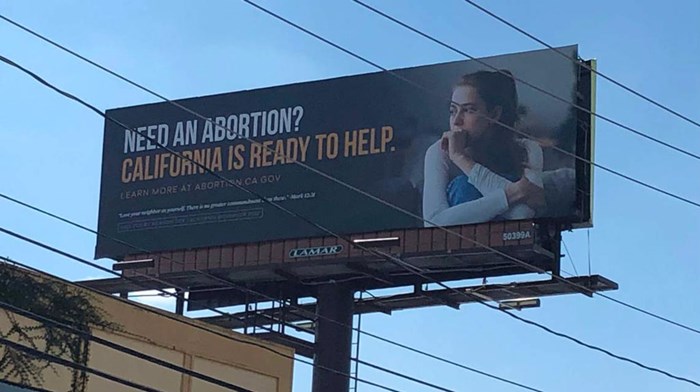 A young woman, pregnant and scared, entered the Women’s Resource Center in Mobile, Alabama, on a Tuesday. The pro-life clinic confirmed her pregnancy, diagnosed her with a sexually transmitted infection (STI) and scheduled her for an ultrasound.

But by Thursday she was in Atlanta for a chemical abortion. (Abortion is banned in Alabama except when the life or health of the mother is endangered.) By the following Monday, however, she was back in Mobile, bleeding from her abortion and asking the Women’s Resource Center for help. She said an Atlanta abortionist had told her the STI didn’t matter; she just needed to make sure the abortion medication worked.

The situation filled Women’s Resource Center clinic director Deanna Montieth with both anger and compassion: “I just want the absolute best care and for these girls to make an informed decision—their own decision—knowing the long-term consequences.”

Research shows that for women who have abortions with untreated STIs, “the infection can rapidly spread,” Montieth said, “and 30 percent of them can develop pelvic inflammatory disease within a year.”

Montieth’s story isn’t an isolated incident. As abortion restrictions tighten in some conservative states following the US Supreme Court’s overturning of Roe v. Wade, crisis pregnancy centers in those states report an increase of women who went out of state for abortions and were given inadequate post-abortion care. Many of those women are turning to the pro-life movement for medical and emotional support.

“We’ve seen an increase in women coming back with a lot of needs–physical, emotional, and spiritual,” said Anne O’Connor, vice president of legal affairs for the National Institute of Family and Life Advocates (NIFLA), a network that supports crisis pregnancy centers.

Thirteen states have effectively banned abortion since the Supreme Court ruled there is no constitutional right to abortion, according to a New York Times tally. Those bans have prompted some companies to begin paying travel expenses for employees who seek out-of-state abortions. Among those compares are Starbucks, Amazon, Disney, and Facebook’s parent corporation Meta.

California Gov. Gavin Newsom’s reelection campaign purchased billboard space in conservative states this month inviting women to travel to California for abortions. One ad pictures a woman in handcuffs and states, “Texas doesn’t own your body. You do.”

The pro-abortion campaigns may be working. Even before the Supreme Court overturned Roe, women were crossing state lines increasingly for abortion. Nearly 1 in 10 abortions in 2020 were performed on patients who crossed state lines, up 6 percent from 2011, the Guttmacher Institute reported. Data is not yet available for 2022, but clinics in states with permissive abortion laws are claiming an influx of patients, NPR reported.

Pro-lifers are asking whether the situation opens a new ministry need.

NIFLA thinks so. Its national conference in October will include training on post-abortion assessments. The organization also sent a bulletin to member clinics this month stating:

Increased use of pills for abortions and the Supreme Court’s overturning of Roe v. Wade have greatly impacted the ways pregnancy clinics serve pregnant women. Promotion of abortion pills to terminate pregnancies by the US Health and Human Services (HHS) and pro-abortion groups continue to escalate, especially in states which have outlawed most abortions. The health risks to women are increasing as well.

Medical care isn’t the only concern. Post-abortion regret seems to be hitting women sooner than it used to, O’Connor said, noting that, historically, many women grapple with guilt decades after terminating their pregnancies. “Now [post-abortion recovery] programs are finding that women are coming 3-4 weeks after their abortion,” she said. “The regret is hitting them way sooner.”

The lack of post-abortion care for out-of-state patients could play into the hands of abortion advocates. They have argued for decades that outlawing abortion would leave women without adequate medical care. But O’Connor would turn the argument around on them.

“Shame on you,” O’Connor would tell abortion clinics. “You’re performing abortions and not doing any follow-up with women. They’re desperate and trying to find help. What other medical procedure is performed where there’s not some kind of follow-up?”

The lack of follow-up is being confronted at First Care Clinic in Madison, Wisconsin, where abortion is effectively banned and women drive to neighboring Illinois for the procedure. First Care CEO Sara Patterson said her pro-life clinic has seen more post-abortive women with complications in recent weeks.

“They’re being advised, when they contact their abortion provider, to return to the clinic,” Patterson said. “But sometimes that can be difficult” when the abortion was performed miles from home.

Patterson wants churches to know about the lack of follow-up so they can provide resources to show hurting women the love of Christ.

“We’re hearing from patients that the abortion clinics are offering them grants to pay for their abortion and to help them provide travel to get there,” Patterson said. “I think the church needs to rise up and say there will be equal or greater resources for those women who courageously choose life.”

Such resources might have helped a teenager in Mobile who wanted to keep her baby but was taken to North Carolina by her mother for a surgical abortion. The abortionist didn’t test or treat her for an STI, so she found herself back at the Women’s Resource Center in Mobile.

“The general public needs to be aware” of this issue, Montieth said. Congress should consider legislation regulating out-of-state abortions, and churches should “support the organizations that are on the ground” fighting for life–of babies and mothers.

Even in States with Bans, Christian Clinics Continue Post-Abortion Care

Even in States with Bans, Christian Clinics ...