Leaders gathered at Middle East evangelical meeting recall his conversations and books that shaped their ministries.
Jayson Casper|September 29, 2022 09:00 AM
Português 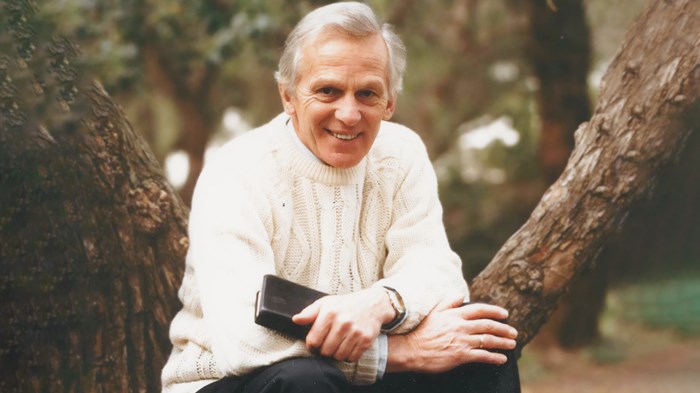 When “God’s smuggler” came to the Middle East, he went through the front door. Once known for hiding Bibles in the back of his Volkswagen when crossing behind the Iron Curtain, Brother Andrew instead simply handed them to terrorists. Coupled with his devotion to the Palestinian church, the founder of Open Doors shook the Western Christian status quo.

Arab evangelicals loved him for it.

“He had a soft heart for those in pain, the persecuted, and those usually considered on the other side, the enemy,” said Jack Sara, general coordinator for the Middle East and North Africa Evangelical Alliance. “He was willing to step into a difficult place and talk with difficult people, but never compromise the message of the gospel.”

“This man is an example of a real Christian leader,” the first Jordanian evangelical pastor told his son. “He writes books, he shares knowledge, and he cares about everyone without discrimination.”

Rihani praised Brother Andrew’s ecumenical cooperation. Developing relationships with traditional Catholic and Orthodox leaders in the region, for decades Open Doors has chronicled persecution against all Christian denominations. And as the group’s advocacy across 60 countries grew to include the plight of believers in other religious traditions, the Bible smuggler won respect in the wider human rights community as well.

“He advocated tirelessly for religious freedom, a source of hope to persecuted Christian communities around the world,” tweeted US Ambassador-at-Large Rashad Hussain, a Muslim. “I’m grateful his legacy will live on in the work of @OpenDoors.”

But it was his literature that originally established Brother Andrew’s worldwide fame. God’s Smuggler, written in 1967, sold more than 10 million copies and was translated into 35 languages—including Arabic. 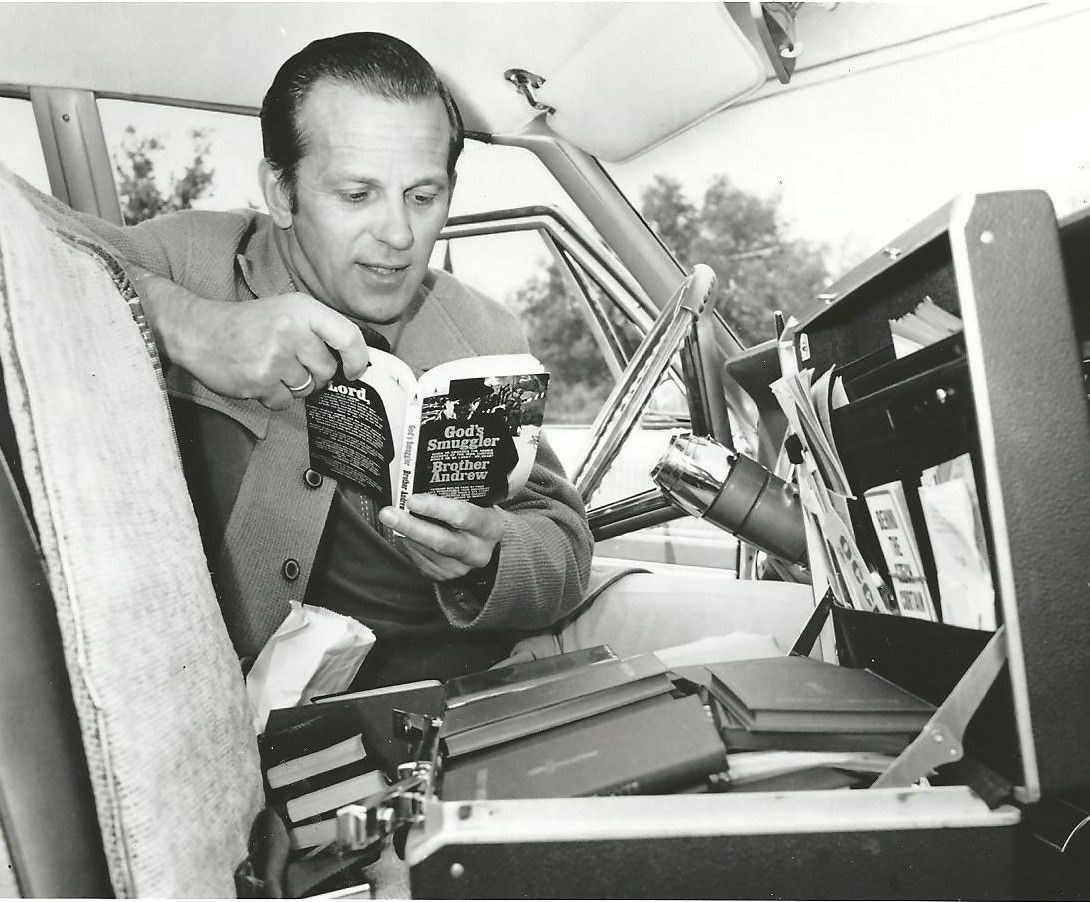 “It redirected me completely,” Maher said. “He knew how to slowly enter the presence of God, and only then find answers to prayer.”

The publication of Light Force in 2004 highlighted to the world Brother Andrew’s increased attention to the Muslim world. Acclaimed to be as captivating as Smuggler, his dependence on prayer was on display in practical concern for the Middle Eastern church.

“My purpose is to encourage and strengthen the local believers to be a Light Force,” he wrote, “an alternative to military might.”

But first he modeled it himself.

In 1992, when 415 militants from Hamas were expelled by Israel to the side of a mountain in southern Lebanon’s Marj al-Zohour, Brother Andrew saw an opportunity to practice Matthew 25. He delivered tents, food, and medicine.

“There are no terrorists—only people who need Jesus,” he later wrote in Light Force. “As long as we see any person—Muslim, Communist, terrorist—as an enemy, then the love of God cannot flow through us to reach him.”

Brother Andrew’s activism rattled many Christians—both local believers and Western supporters. He was frequently critical of US evangelical support for the wars in Afghanistan and Iraq, seeing it as their lack of faith in the power of missions. He advocated for refugees, and prayed for Osama bin Laden—whose killing he called a “murder.”

He also condemned the “assassinations” of his “friends” in Gaza. In 2004, the Israeli military killed Sheikh Ahmad Yassin, the founder of Hamas, who seven years earlier had welcomed the Open Doors founder into his home. It was only the gospel of love, Brother Andrew consistently preached, that could answer the stalemate of Middle East conflict. 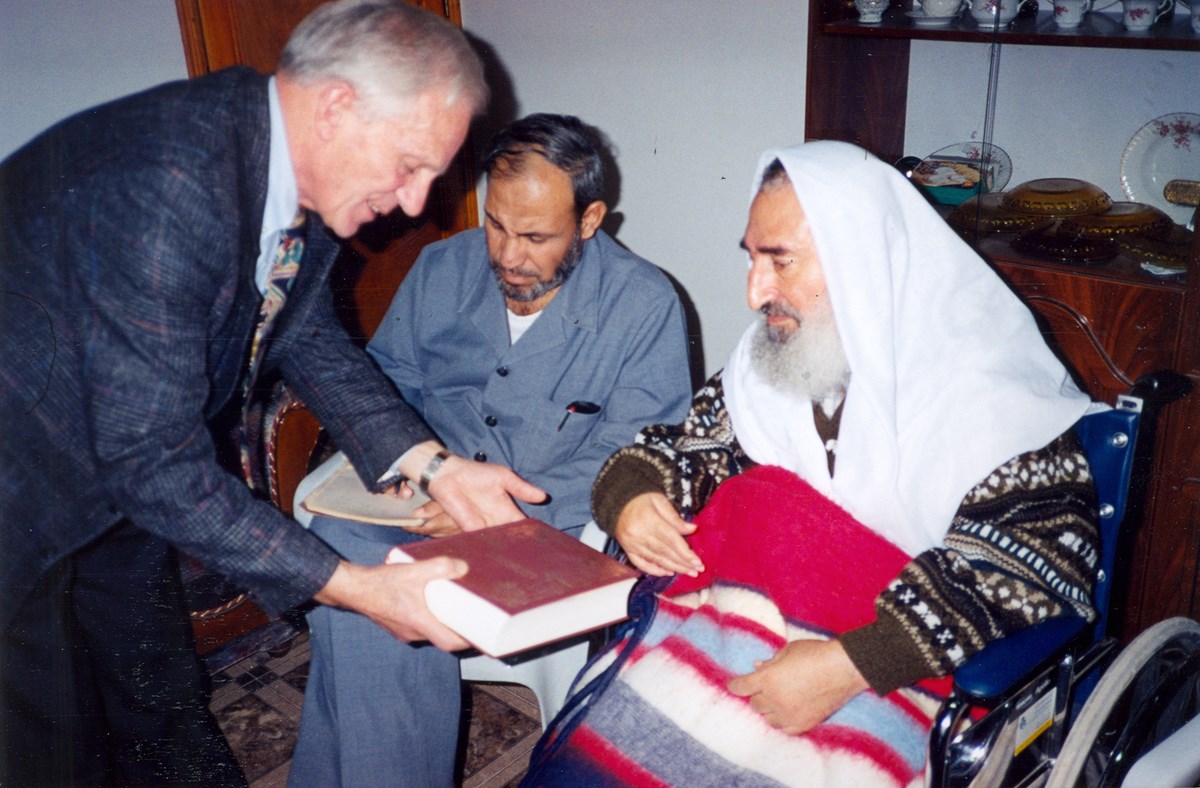 “The best way I can help Israel,” he countered his critics in Light Force, “is by leading her enemies to Jesus Christ.”

And by doing it with local believers. Striving for local Christians to escape their “victim mentality,” he also helped build the people and institutions which could lead others to Christ.

“We thank God for putting such a great person in front of us, and inviting us to imitate him,” said Bassem Fekry, president of the Fellowship of Evangelicals in Egypt. “He is now among the great cloud of witnesses.”

Fekry recalled Brother Andrew telling his Bible smuggling stories to the crowd at Salvation of Souls Church in the dense urban Cairo neighborhood of Shubra. In his early 20s at the time, the Egyptian leader was inspired into a life of service.

“Andrew was always on the hunt for new rebels and radicals willing to go to the darkest places on earth, at the risk of death, to change the world,” wrote David Curry, CEO of Open Doors USA, in tribute this week. “And he was grateful for everyone who joined his cause.”

Sara is one such man. Brother Andrew regularly visited his church in Jerusalem, both when Sara was a young believer in 1992 and later when he led the same congregation. But in between, when the Open Doors founder heard from the pastor that the poor believers had pledged to send Sara to the Philippines for seminary education, he pulled out all the money he had in his pocket—which exactly matched the funding gap.

Sara only discovered this two years later, when he asked where the money came from. Regular gifts continued to develop the ministry of Bethlehem Bible College (BBC)—which carried on the Dutchman’s controversial Palestinian ministry through regular “Christ at the Checkpoint” conferences.

“In every corner of BBC there is a touch of Brother Andrew,” said Sara, now the college’s president. “He cared about the witness of Christians in our community.” 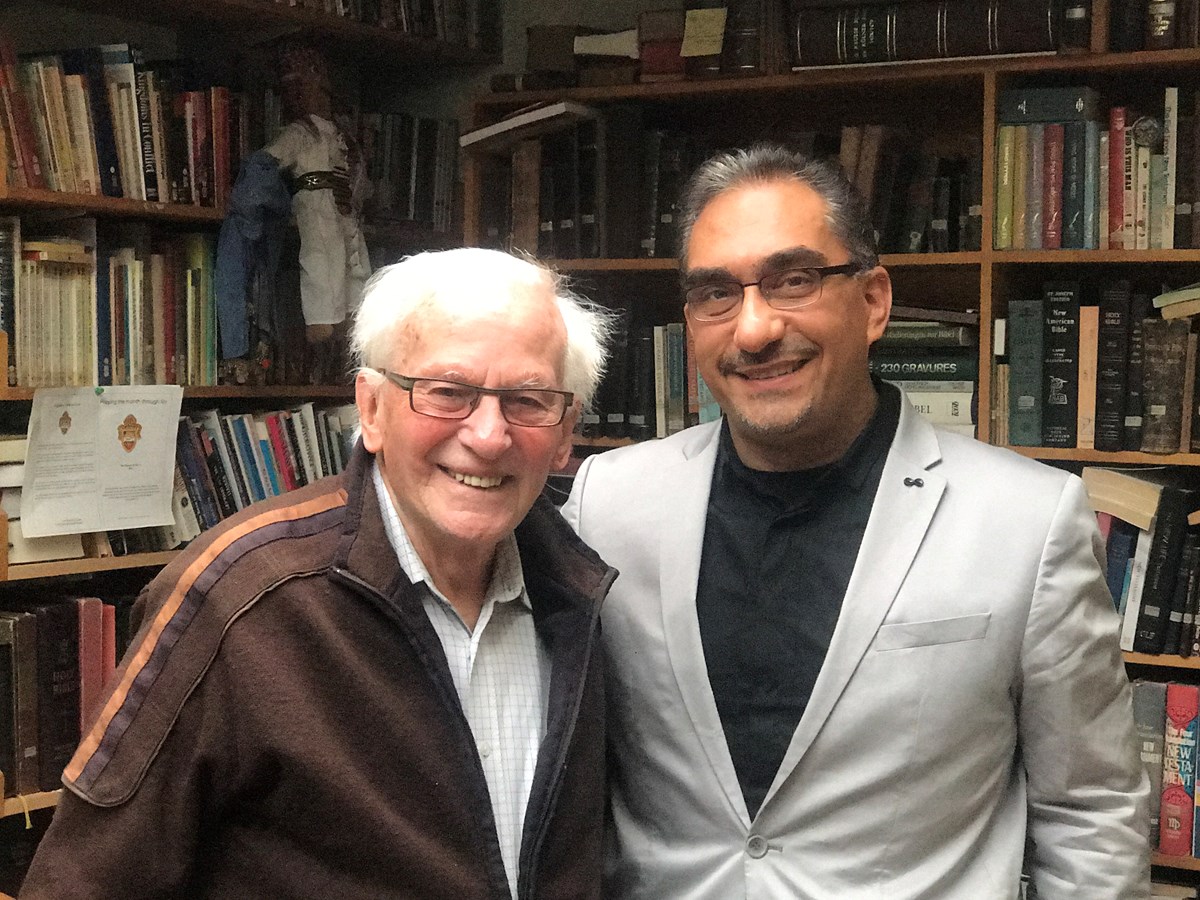 Another individual is Salim Munayer, founder of the Jerusalem-based Musalaha ministry. Returning from Fuller Seminary in 1985 to be the first local professor hired at BBC, his vision to spark Christ-centered reconciliation between Messianic Jews and Palestinian evangelicals—later expanding to all of Holy Land society—received early funding from Open Doors.

Later, he joined Brother Andrew and BBC founding president Bishara Awad for a tense, backroad taxi ride to Hebron. Under Israeli curfew at the time, Munayer had loaded a boxful of Bibles and Arabic translations of Smuggler into the hired second vehicle. The first, learning of the destination, turned down the fare.

Upon arrival in the West Bank city, a crowd of over 100 Hamas supporters gathered at the sight. The local leader quieted them, saying Brother Andrew had once come to them in their time of need. Distributing the literature and preaching on how the love of God demands love also of the “brother,” Munayer—now a network coordinator for the WEA’s Peace and Reconciliation Network—recalled how the Dutchman spoke clearly about the cross.

“He was one of the few people who could say to the leaders of Hamas: ‘I am a Christian and a follower of Christ, and I help people in distress,’” he said. “He developed a record of trust with them.” 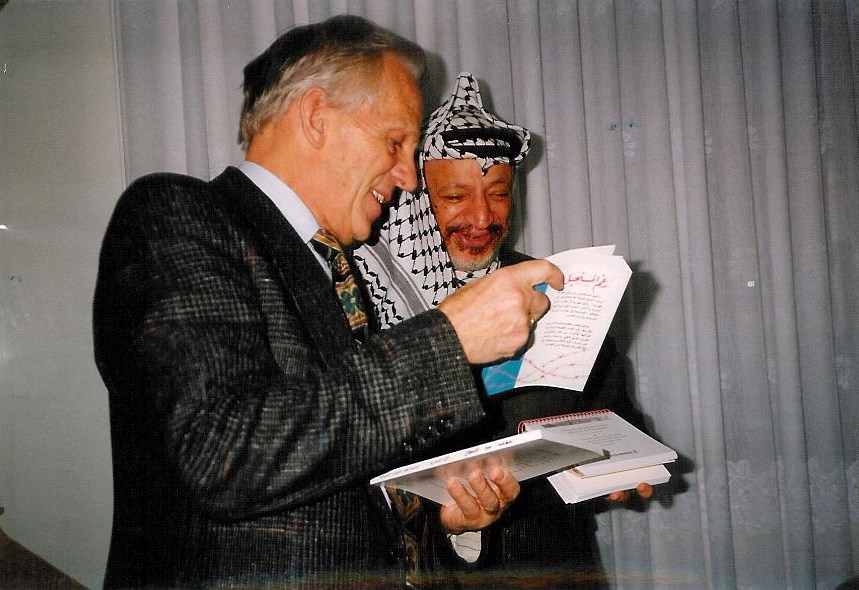 Brother Andrew went on to gain Yasser Arafat’s permission to open a Bible bookshop in Gaza, and spoke on Christianity at the coastal enclave’s Islamic University.

Hanna Massad, who served 12 years as pastor of the Gaza Baptist Church, called him a “hero of faith.” It was Brother Andrew’s genuine care that won him the right to speak—far from naïve about local realities.

“If we did not go to them with Christ’s love,” Massad recalled of the evangelist’s conviction, “they would come at us with their weapons.”

But Brother Andrew’s interest was not only in good relations. Secret Believers, published in 2007, was subtitled: What Happens When Muslims Believe in Christ.

To the end of his life, Curry said, Brother Andrew maintained this passion. At the age of 90 he traveled to Pakistan, seeking to meet leaders of the Taliban. The man who before his own conversion once gunned down innocent Muslims in Indonesia while a soldier in the Netherlands’ army was determined to demonstrate love to this generation of extremists.

“Brother Andrew could see what others could not,” said Munayer, “and with a prophetic voice he not only proclaimed the truth, but lived it out, faithfully.”