It's time to improve education in America.

It's time to improve education in America.

In the Book of Isaiah, we read, “When the enemy comes in like a flood, the Spirit of the Lord will lift up a standard against him” (59:19). What a blessing to think that God himself becomes a standard-bearer against our enemy! Military history tells us that not just any person was chosen to be a standard bearer, the one chosen to carry the flag to inspire all the soldiers in battle. In fact, at times the Prince or Commander himself would carry the flag into battle.

The phrase “standard-bearer” now means “a leading figure in a cause or movement.” In a real sense, we are all standard-bearers for Christ, raising a banner for his kingdom wherever we go and in whatever we do. Yet, many standards are slipping in America today. Moral standards are fading. Standards of marriage are falling away. Even certain standards of dress are obsolete in our changing society.

For the National Hispanic Christian Leadership Conference, our focus turns to educational standards. In 1983, a now-famous report was released, entitled A Nation at Risk. One of the most shocking statements in that report said, “If an unfriendly foreign power had attempted to impose on America the mediocre educational performance that exists today, we might well have viewed it as an act of war.” That was over 30 years ago. You would think that this report would have inspired us to regain our educational standards in America, but they have not improved at all. America was once the standard-bearer for the world in education. We once ranked first in the world in math and reading skills, but no longer. Today, we rank 31st in math, below the global average. Chinese students were rated at two grade levels above their American counterparts. Our reading skills left us at ranked 20 overall. So, despite the fact that we have spent trillions of dollars to advance education in America (total expenditures for public elementary and secondary schools in the United States amounted to $632 billion in 2010–2011 alone), our standards have not improved.

In the Hispanic community, we have both good news and bad news regarding education. The good news is that more Hispanics are going to college than ever before. In fact, in 2012—for the first time in U.S. history—a higher percentage of Hispanics went to college versus white students (69% compared with 67%). In addition, high school dropout rates have fallen by 50 percent over the last 10 years, from 28 percent to 14 percent. On the negative side, Hispanics were 50 percent less likely thatn their white peers to finish a bachelor’s degree. The “achievement gap” between white and Hispanic students in elementary school is still very wide—more than 20 points—in Reading and Math.

It is time to stand together and raise our standards for education. Unfortunately, we have not had the same standards for every classroom in America. In many cities, the best schools are found only in the best neighborhoods, and many students with the wrong zip code suffer the consequences of failing schools. Educational equity is perhaps the most critical civil rights’ issue of our day.

Let’s begin with this new school year. Students will have to make education a priority and spend more time on their studies. Parents must read to younger students (a recent survey indicated that we are reading less to our kids than previous generations), be engaged with their local school, and make sure their children get to school on time and are completing assignments. Pastors must be educational leaders in their pulpits and in the pews, encouraging members and pushing themselves to be lifelong learners, connecting with local school leaders, and looking into after-school tutoring programs to be held at church for students.

The Bible is an excellent text that will provide a spiritual and educational foundation for our children. The Word tells us that, “All Scripture is breathed out by God and profitable for teaching, for reproof, for correction, and for training in righteousness” (2 Tim. 3:16), and the Bible is an outstanding book to use in training our children educationally and spiritually. When Jesus was just a boy, he left his parents to discuss the Scriptures in the Temple, and they found him there “hearing them, and asking them questions. And all that heard him were astonished at his understanding and answers” (Luke 2:47). Through this example, the Lord is showing us the importance of being educated in his Word as the cornerstone of all our studies.

If America is going to reach her full potential, it is our educated Hispanic students who will take her there—as we all raise our standards for education. Since 1970, the Latino population has increased sixfold, from 9.1 million to 53 million by 2012. It is estimated to grow to 129 million by 2060, according to the latest projections from the U.S. Census Bureau. Its share of the U.S. population, currently at 17 percent, is expected to reach 31 percent by 2060. According to the Knocking at the College Door WICHE Report, between now and 2020, the annual numbers of Hispanic graduates from public high schools will rise 41 percent and Asian-Pacific Islanders will be up 30 percent while whites decline 12 percent and blacks 9 percent. The president has recently challenged every American to commit to at least one year of higher education or post-secondary training. The president has also set a new goal for the country: that by 2020, America would once again have the highest proportion of college graduates in the world. That goal will only be reached if we raise our standards for education together and help more of our students be successful.

This world often tries to conform us to its standards, but we have a higher calling in Christ. Indeed, the apostle Paul writes that we should not conform, but instead “be transformed by the renewing of [our] minds” (Rom. 12:2). The Lord is again reminding us of the importance of using our minds, this time to know the very will of God. As Hispanic Christians become more educated, we will not conform, but transform this nation through God’s power. We will not conform to the standards of the day, but raise up the standards of our faith traditions. Lord Chancellor of Great Britain Henry Brougham once said, “Education makes people easy to lead but difficult to drive, easy to govern but impossible to enslave.” As we raise our standards of education, we will surely demand more of one another, including our nation’s representatives. We will strive to live up to our many enduring standards, standards that will help ensure “liberty and justice for all.” Standards that will remind us that the greatest commandment of all is to love God with the minds he gave us to use for his glory. 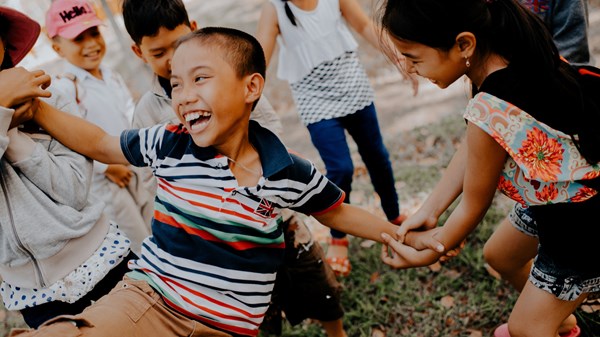 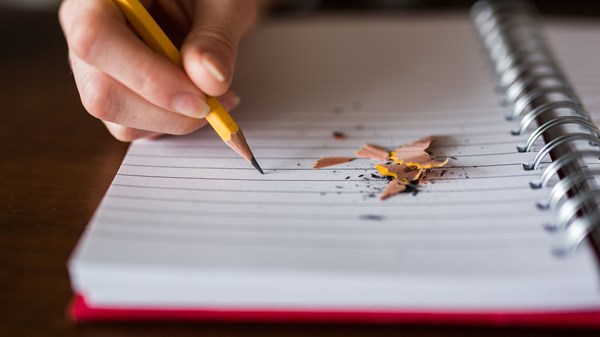