Percentage of teenagers who say they throw pennies they receive into the garbage: 13

Percentage of American women who say that if they could afford it, they would rather stay at home with their children: 88

Percentage of couples getting married between 1970 and 1985 who had lived together first: 40

Percentage of Americans who abstain from the use of alcohol: 35

Percentage of Americans who would remarry their spouse if they had it to do over again: 85

Percentage of young adults who say they were forced to have sexual intercourse at least once before age 20: 7

Number of Bibles in the average American home: 4

Cartoon
Be Yourself?
Trending 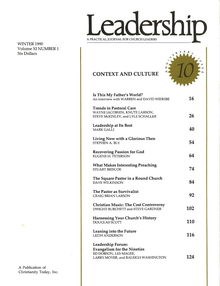