The Daily Vidette, student paper of Illinois State University, ran the following correction: "It was incor-rectly reported that today is T-Shirt Appreciation Day. In fact, it is Teacher Appreciation Day.

It's often said that teachers don't get enough appreciation. Now we know why

Rules for committee membership:
Never arrive on time; this stamps you as a beginner.
Don't say anything until the meeting is half over; this stamps you as being wise.
Be as vague as possible; this avoids irritating others.
When in doubt, suggest that a subcommittee be appointed.
Be the first to move for adjournment; this will make you popular.

The Arizona Republic reported, "As Terry Mikel was speeding toward Tucson, he passed a car, an unmarked Arizona Highway Patrol car. The officer pulled Terry over. When Terry explained that he was late for a class he was teaching at the University of Arizona, the officer took pity on him and let him off with a warning. Before he went back to ... 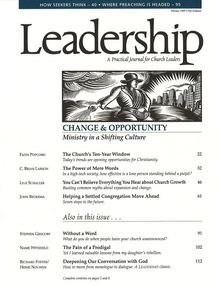