Thumbs Down for "The Nines"
A popularity contest reinforces what's wrong with the church rather than what's right.
by Skye Jethani
Trending 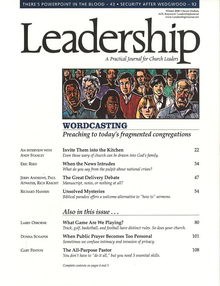