How a young pastor braced his people in the fear-filled days before London's Blitz.
Chris Armstrong 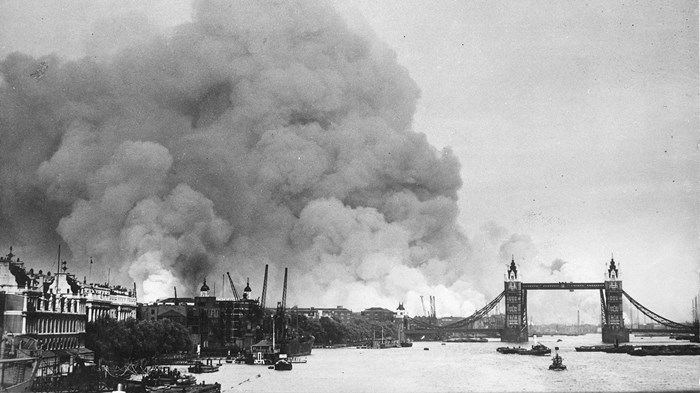 On September 7, 1940, just over a year after Britain, France, Australia, and New Zealand had declared war on the aggressive German state, the first bombs fell on London. War correspondent Ernie Pyle would later describe "the fury of the nightly attacks—the boom, crump, crump, crump, of heavy bombs at their work of tearing buildings apart… . London stabbed with great fires, shaken by explosions, its dark regions along the Thames sparkling with the pin points of white-hot bombs, all of it roofed over with a ceiling of pink that held bursting shells, … flares and the grind of vicious engines."

Before the bombs, however, came an agonizing year of waiting.

Throughout the fall and winter of 1939, and then the spring of 1940, Britons were shadowed by an acute sense of vulnerability. They could see the awesome power of the German war machine. They knew that it did not spare cities full of civilians.

At a large church in central London, in the shadow of Buckingham Palace, ...

The Poetry of Pastoring
Is "poet" a biblical model for ministry?
Scot McKnight
Trending

Preaching
The State of Preaching
A look inside our fall special issue.
Kelli B. Trujillo 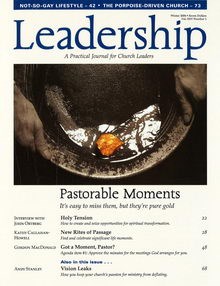 This article is from the Winter  2004 print issue of Leadership Journal. Subscribe to continue reading.