Spiritual strength, as the renowned evangelist experienced it, means remaining connected to the Source.
Harold Myra and Marshall Shelley 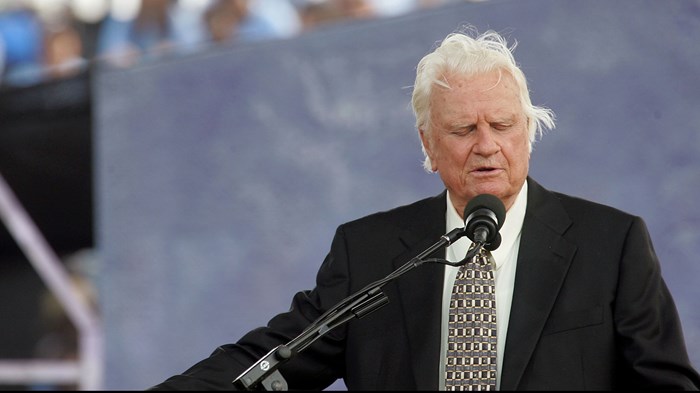 Billy Graham's colleagues often speak of the constant pressure Billy has always felt. It's easy to see why. Imagine the pressure of conducting the funeral for the disgraced former President Richard Nixon while the nation skeptically watched and listened for every nuance. Imagine the emotional demands on him when he conducted the memorial service after the Oklahoma City bombing.

The service at the National Cathedral right after the September 11 attacks presented perhaps the greatest pressure of all. The nation was in deep shock; the entire world would be watching on television. Billy's words and tone, both for Americans and for people of all other nations, had to be just right.

That would be challenge enough for a person at the height of his strength. But it was a frail octogenarian with serious health problems who mounted the platform with steady purpose and told the nation, "God is our refuge and strength; an ever-present help in trouble. Therefore we will not fear, though ...

Discipleship
... As I Follow Christ
Pastoral insights after a year of living like Jesus.
A Leadership interview with Ed Dobson
Trending