How to ensure a moment of inspiration gets a fair shake.
Chris Blumhofer 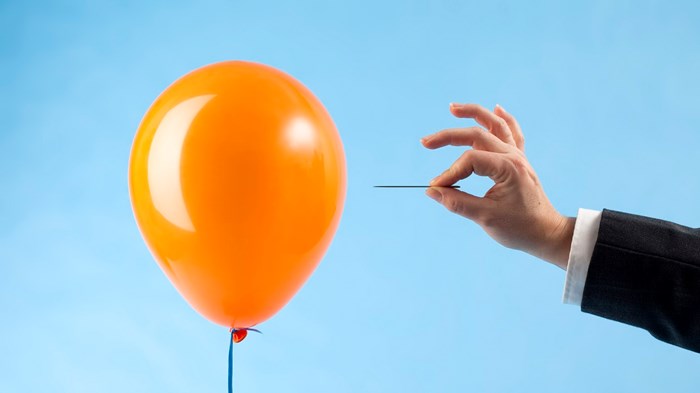 We've all been there: patiently biding our time as a team meeting, board meeting, or committee meeting rolls forward. Old business is being reviewed and discussed; new business, tossed back and forth; the agenda is moving from opening remarks to closing prayer, no surprises in sight.

And then divine lightning strikes. You have an epiphany that can change the course of the week, the year, your church, perhaps it can even usher in the kingdom! You raise your idea, excitedly presenting what is no less than a revelation. As conversation begins, enthusiasm mounts; others are buying into your vision.

And then someone older and, possibly, wiser begins to speak. He or she judiciously probes the weaknesses of your idea; soon it is no more impressive than a deflated birthday balloon.

Bad memories and emotions aside, the moments in which a good idea dies are some of the worst for team morale. My church recently conducted a business meeting in which a great idea (in my opinion) met vigorous opposition and soon gave up the ghost. The main weakness of the idea had nothing to do with the concept. Rather, it became palpable early on that the groundwork of highlighting the need for this new idea was virtually untouched. Without a foundation, the idea had nothing left to stand on, and it soon fell to strong—and at that point justified—resistance.

In the spirit of protecting your next idea to fight another day, here are three structures that General Henry M. Robert built into Robert's Rules of Order. They won't get a bad idea through a committee meeting (I hope). But they can give a good idea a fighting chance—whether you rigorously follow the book of order or not.

1. Take a recess. If you need to clear your head, consult with another person, or if you simply need to get more comfortable in order to be effective in discussion, move for a recess. While few churches follow Robert's Rules formally, everyone knows the meaning of "Can we take a ten-minute break before wrapping up this matter?"

If you do find yourself in a formal meeting and need a time out, get recognized by the chair; say, "I move that we a take a ten-minute recess"; and hope that someone seconds you. Only a few incidentals can hold up a vote, and a majority vote will put your motion through. The rulebook states that there is no debating your motion (so your motives don't come into question), and there's no reconsidering it once the vote is passed.

2. Postpone the vote. If you need more than ten minutes, and you're beginning to doubt your idea's ability to carry the day, move to have the resolution postponed. Again, in an informal setting, say, "It's becoming clear that this idea needs more work. I'd like to postpone our discussion until our next team meeting."

Formally, you need to specify whether you want an indefinite postponement or a postponement to a certain time. The first one technically kills the resolution without it ever going to a vote; the second one keeps it alive and moves it to the order of business of a particular meeting. Whichever you seek, the motion to postpone is subject to its own debate and requires a majority vote.

3. Form a committee. Bureaucracy can be a good thing. A committee will do its homework, talk to important people, and report to the board as a whole. In an informal setting, bring up the idea in a comfortable way, stating your belief that this idea would benefit from the research and brainstorming of a smaller group.

Formally, you have a few options: you can request a committee of the whole, a quasi committee of the whole, or an informal consideration. All of these set up a freewheeling discussion that will depart from the business meeting structure. If you're trying to save a floundering idea, you'll be better off moving to commit the resolution to a standing committee or an ad hoc committee.

All of these techniques are different ways of buying time so that, when an idea does come up for a vote, all sides receive a fair hearing. Whether you're trying to decide on a new ministry area, a candidate you want to hire, or the theme for next summer's VBS, take as much time as you need to make the right decision. Doing so can build team morale and set your church up for a ministry of faithful and effective ministry.