Should we just be grateful for whatever they do?
Sue Mallory 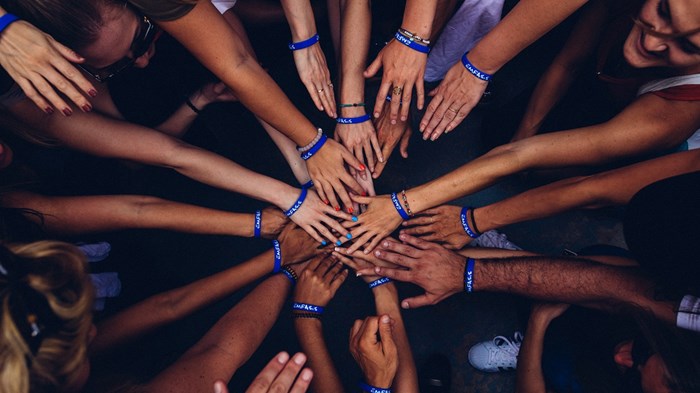 Years ago I took on a full-time, volunteer role in my church. Within the first few weeks, I sensed the chemistry going bad between my supervisor (the senior pastor) and me.

For instance, I would state a new idea and receive a lackluster response. When he would ask about the progress of certain projects, he didn't offer any input, but he seemed dissatisfied.

It felt as if he was holding something back.

When I asked him if something was wrong, he admitted, "I don't know how to treat you because you are a volunteer. I can't hold you accountable."

"How about if you just treat me like a paid person," I said, "and let's get on with it!"

He laughed but honored my suggestion.

How does a church hold its volunteers accountable? Only by rethinking your entire approach.

From volunteer to minister

I first served at the church on the stewardship committee. I wasn't excited about it, but my husband was an elder, and he had asked me to help. I filled the role of planning dinners to celebrate Recommitment Sunday. Afterward I felt I had served the church well but was relieved it was over.

Several weeks later, my pastor was talking about the upcoming new-member class, and I mentioned that when I took the class, it was one of my favorite experiences in the church.

He invited me to help him welcome visitors in the class, and I said yes on the spot. I found I had a knack for making newcomers feel at home. The morning after the new-member class, I called my pastor to tell him tidbits about people I had met and to thank him for inviting me.

I asked him how new people got connected into the church. He gave me the name of the elder responsible for the ministry and suggested I ask her. I called the elder and asked if I could serve on her committee. Helen laughed and said that was the first time anyone had asked to be on a committee!

That was the beginning of my transformation from a volunteer to a minister.

Sometimes the word volunteer has the wrong connotation. I volunteer at the Red Cross or at the PTA. I serve in my church. Any discussion of overseeing lay people in the church starts by recognizing that distinction.

To reorient a church's mindset, start by assessing how the church currently relates to the people who serve there. The tip off is often what you overhear. For instance:

"Using volunteers will cause the level of quality to go down."

"What can you expect? She's just a volunteer."

That sort of language signals a volunteer-management mindset.

Another issue is trust: Does your church communicate that it really trusts lay people to accomplish the ministry?

Once during a stewardship campaign, a pastor came to a stewardship committee meeting already in progress. The leader of the committee was not present because of a prior work commitment and had appointed a committee member to chair the meeting. The pastor assumed the lay leader had not followed up on a few details for the meeting. The pastor expressed his concerns to the group and then later made several follow-up calls. Each call proved him wrong. That embarrassed him and offended the lay leader.

In contrast, another pastor trusted several lay leaders to develop a plan to address the needs of the pastoral and support staff. While many of the staff felt anxiety about their roles being redefined by laity, the senior pastor didn't meddle in the process. He believed in the talent and commitment of the lay leaders, and that the Holy Spirit would work in the process. The result was a plan that honored and protected the pastoral staff, freeing them of much administrative responsibility.

When the work isn't done

Accountability is often learned by experiencing the impact of "what I didn't do." Trusting people means allowing them to fail.

Jim kept our church's food pantry stocked. Shortly after he assumed that responsibility, he went away on a brief trip, failing to inform anyone. Nor did he make arrangements for others to stock the pantry. Upon his return, he arrived at the church just as we were turning away hungry people who were relying on that food as their only meal of the day.

Jim was stunned; he had assumed someone would cover for him.

I talked with Jim afterward and listened to his surprise that no one picked up the ball. I reminded him that we accepted his yes as a commitment and that we believed in his heart for the ministry and trusted him with full responsibility for it. I reiterated our value for 'every member a minister' and that he was the minister responsible for the food pantry.

When Jim left, he said, "I understand, and you can count on me from now on."

Respond to this newsletter. Write to Newsletter@LeadershipJournal.net.

FOLLOWING A BELOVED PREDECESSOR
A strong leader can leave shoes that are though to fill.
Lem Tucker with Bill Chickering
Trending