Remember our persecuted brothers and sisters this season.
Tim Avery

Many Christmas celebrations in India are expected to be more subdued this year in the wake of recent Hindu extremist attacks. The Catholic Bishops' Conference of India recently urged dioceses to scale down Christmas festivities for security reasons, as well as to express solidarity with refugees in the state of Orissa, where dozens of Christians were killed and thousands more displaced from their homes in the past few months.

Christmas could be especially difficult for those stuck in the refugee camps, afraid for their lives to return home, or not having a home to go back to. According to Glenn Penner of Voice of the Martyrs Canada, militant Hindus have threatened more violence against Christians by December 25 unless the government takes the action they demand: arrests of Christians for an assassination that a Maoist group has already taken credit for.

Let's remember in prayer our brothers and sisters who will celebrate the incarnation of Christ this season in tentative fear and, for many, ... 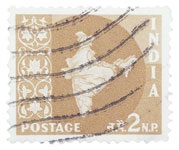