The President's address to students has stirred controversy. How should church leaders respond?

Al Mohler, the outspoken president of Southern Baptist Theological Seminary, has written about the controversy surrounding President Barack Obama's address to school children today. Normally Out of Ur doesn't venture into the political fray, but in this case Mohler models a thoughtful and moderate response–one that might be helpful to other church leaders struggling to communicate with their congregations about the matter.

Much of the controversy is reckless, baseless, and plainly irrational. Some have called the speech an effort to recruit America's children into socialism. Others have argued that any presidential speech piped into classrooms is illegitimate. But a presidential speech to students is hardly unprecedented. This speech by this president has led to an unprecedented uproar.At this level, the controversy is a national embarrassment. Conservatives must avoid jumping on every conspiracy theory and labeling every action by the Obama administration as sinister ...

Leadership
Meet the 'Dones'
Burned out on ministry and fed up with organized religion, these spiritual refugees present a challenge to the church.
Joshua Packard
Trending 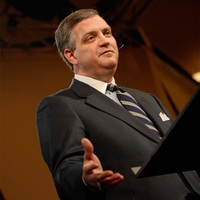