Eboo Patel is not the most likely seminary professor. His credentials are not the issue. Patel earned his doctorate from Oxford University, and he is a respected commentator on religion for The Washington Post and National Public Radio. He has spoken in venues across the world, including conferences for evangelical church leaders.

What makes Eboo Patel an unlikely seminary professor is that he is Muslim.

The editors of Leadership first encountered Patel at the 2008 Q Conference, where he challenged 500 Christian leaders to change the rules of interfaith dialogue. "Muslims and Christians might not fully agree on worldview," he said, "but we share a world." Patel spoke of his enduring friendships with a number of evangelicals and his desire to move beyond the "clash of civilizations" rhetoric that dominates Christian/Muslim interaction. While holding firmly to his belief in Islam, he also affirmed church leaders. "Even though it is not my tradition and my community," Patel wrote after the ... 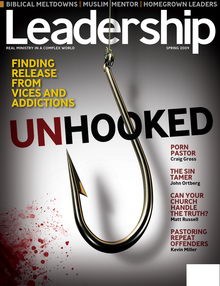