What can evangelicals learn from the "I'm a Mormon" campaign?
Brandon O’Brien

Newsweek dubbed it "the Mormon Moment" in June. There's a Broadway musical about Mormon missionaries, two potential Mormon presidential candidates, Warren Jeffs in the media, and TV shows like Big Love and Sister Wives. It seems America is fascinated with–or, at least, can no longer avoid–the Church of Jesus Christ of Latter-Day Saints.

To those trying to decide what to think of Mormonism and its followers, the LDS Church is eager to lend a hand. In 2010 they launched major public relations campaign that is gradually going nationwide in print and on billboards. Online, the "I'm a Mormon" campaign has already reached the masses.

In an article in Church News, the official online source for LDS news, about the campaign, Elder L. Tom Perry summarizes the rationale behind the program. "A person's view of the Church is the sum of personal experiences they have had which relate in any way to the Church organization." And so, in the words of the article's author, "the best way for a person to ... 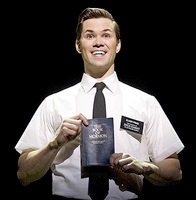