What does the Gospel say to us amid the death penalty debate?
Shane Claiborne

Last week death was interrupted. Duane Buck was set for execution. His execution would have been the second last week and the eleventh this year in Texas alone… and two more executions are scheduled soon. When Presidential candidate Rick Perry celebrated his 234 executions as Texas governor in a recent debate, the audience roared in applause. As a Christian I found that deeply disturbing.

There is an incident in the Gospels where Jesus is asked about the death penalty.

Here's the scene. A woman has been humiliated and dragged before the town, ready to be killed. Her execution was legal; her crime was a capital one. But just because it's legal, doesn't make it right.

Jesus interrupts the scene – with grace.

He tells all the men who are ready to kill the woman, "Let the one who is without sin cast the first stone." And of course he reminds us all that if we have looked at someone with lust in our eyes we are adulterers. If we have called our neighbor a fool we are a murderer. You can hear ...

Join the conversation on Facebook
Tags:
DeathEthicsGraceLaw and LegislationPoliticsTeachings of Jesus
Posted:September 21, 2011

Discipleship
Silent and Radiant
What the Quakers taught me about the power of quiet virtues.
Gordon MacDonald
Trending 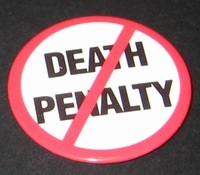