I'm from the Northeast, a part of the U.S. where roads and highways are generally named for what they are: The Mass Turnpike, The New York State Thruway, The Long Island Expressway. But now I live in the Midwest near Chicago. And while streets here tend to be more organized than in New England (no cow-paths-turned-superhighways or evasive signage just to confuse visitors), there is one notable exception: The Elgin-O'Hare Expressway. You see, the Elgin-O'Hare Expressway goes neither to the town of Elgin nor to O'Hare Airport.

The vision for the highway was clear—join the western suburbs of Chicago, as far west as Elgin, with the airport. But somehow that goal got lost along the way. I read about the difficulty of connecting to existing roads near O'Hare, and something about tax money running out. Whatever the reason, the project was abandoned on both ends, but the misleading name hasn't changed. It really should be re-named "The Elgin-O'Hare Partway."

Recently as I drove the ill-named ... 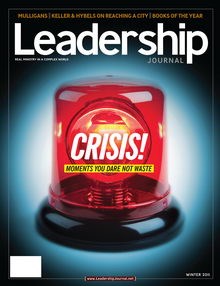