The Christian Reformed Church in North America (CRC) is not a large denomination, but its members are certainly givers. Recent research indicates that CRC members give an average of 6.1 percent of their income to their church.

Smaller than the traditional 10 percent, sure, but "dramatically higher than other Protestant denomination's giving" according to Christianity Today's analysis.

What's the secret? Researcher and consultant Rodger Rice credits positive public expectations for giving from CRC churches, as well as encouragement to give to worthy causes outside the local church. But he also notes that the CRC doesn't mandate a certain level of giving. They also recognize that "money follows mission," and that the "best way to encourage giving is to focus on congregants' spiritual development."

According to Christianity Today's Abby Stocker, a recent "CRC report found that those who were 'daily nourished' by prayer, ... 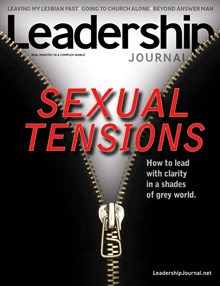 This article is from the Fall  2013 print issue of Leadership Journal. Subscribe to continue reading.