What do we lose when we control our worship too much?
Lane Severson

"It would be awesome if this band just ditched their set list and played Bowie's "Hunky Dory" instead."

That was my suggestion. I was standing in a crowd of thousands at the Mecca of indie music, the Pitchfork Festival. And frankly, it was lame. Bands on three separate stages had been playing since noon for hordes of unaffected hipsters. Without exception, the audience stood stiff, arms crossed, observing, critiquing, even snapping selfies, but not responding to the music, not even so much as bobbing a head or swaying side to side.

The bands were equally uninspired. No one smashed equipment or lit guitars on fire or made revolutionary political statements or even wavered one iota from their set list. They just did what they were expecting to do and what they were expected to do and in the end there was nothing to report to anyone who had heard the albums aside from a vapid, "I saw them at Pitchfork."

In the parlance of our time, the whole thing ...

Choose Your Own (Thanksgiving) Adventure
Thanksgiving media ideas for almost any church.
by Greg Wallace
Trending 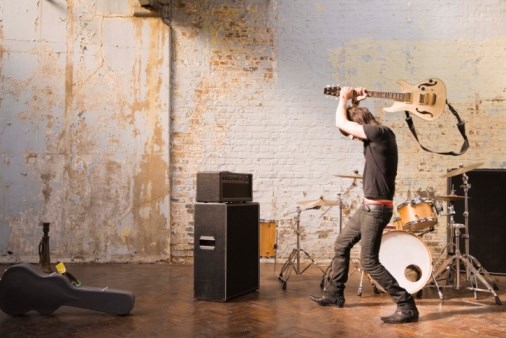