How we handle money says a lot about how we relate to others, and to God.
Marshall Shelley 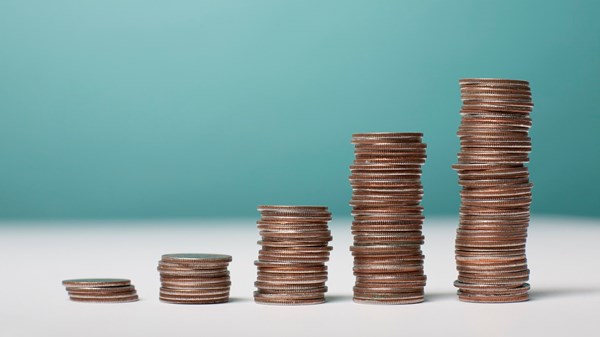 Years ago, one of the world's richest men, John D. Rockefeller, was asked, "How much money is enough?" He famously answered, "Just a little bit more."

American culture and certainly its economy are built on that principle: you need more than you've got. You need to earn more. You need to spend more to accumulate more and better stuff.

I'm reminded of the assessment of Alfred Kahn, Jimmy Carter's outspoken inflation-fighting czar in another financially troubled time, who said, "Anybody who isn't schizophrenic these days just isn't thinking clearly."

As I talked with church leaders about the financial issues they're dealing with, the word that kept coming up was debt. How to help people get out of debt. How to encourage generosity from people in debt. How much debt the church should assume.

One pastor pointed me to Proverbs 22:7. "The borrower is the slave of the lender." When you borrow money, it obligates you to work for someone else, giving them your earnings until the debt is paid off. If you want freedom, you've got to get out of debt.

This strikes close to home for me.

How we handle money is a measure of our spirituality and the quality of our relationship with God as well as to one another.

My grandfather 13 generations back, John Shelley, was about 20 years old when he came to a fairly new settlement called Jamestown in the year 1623. He couldn't afford the voyage to the New World. So he went into debt, becoming an indentured servant, essentially a slave who could earn his freedom after seven years of work.

Indentured to a landowner named Edward Blaney, John had to work in Blaney's tobacco fields and survive malaria, starvation, and occasional Indian attacks. After seven years, however, he gained his freedom and a few acres of land in Virginia.

I'm sure he celebrated the day he worked off his debt and was able to work his own land rather than Edward Blaney's. Debt served its purpose. It got him to the New World, but he worked diligently to be free of that debt.

Another financial issue that church leaders raised is "prudent vs. carefree." One one hand, the Bible says, "In the house of the wise are stores of choice food and oil, but a foolish man devours all he has" (Prov. 21:20). Another translation puts it this way: "Fools spend whatever they get."

And "Wealth gained hastily will dwindle, but whoever gathers little by little will increase it" (Prov. 13:11). That's prudence—making decisions based on their long-term consequences.

On the other hand, Jesus is clear: "Do not worry about your life, what you will eat, what you will drink; or about your body, what you will wear. Who of you by worrying can add a single hour to his life? It's the pagans who run after these things, O you of little faith. Seek first God's kingdom and his righteousness, and all these things will be given to you as well." That sounds more carefree than prudent.

Both financial prudence and being faithfully carefree are biblical values. We need not fear a political, economic, and moral world run amok. But we must do more than just hang on to God's sovereignty. He hasn't released us from financial faithfulness. So what's the point of this tension?

Jesus said more about money than about his Second Coming. Why? Because how we deal with money is a measure of our spirituality, the quality of our relationship to God as well as to one another.

A.W. Tozer once wrote, "The whole question of the believer and his money is so involved and so intimate that one hesitates to approach a consideration of it. Yet, it is of such great importance that one who desires to qualify as a good servant of Christ dare not avoid it, lest they be found wanting in the day of reckoning."

Video
Tom Nelson: Beginning with Vocation
We have an integral God who is an integral worker.
Trending