A haunting question that burns bright at Advent.
Tony Kriz 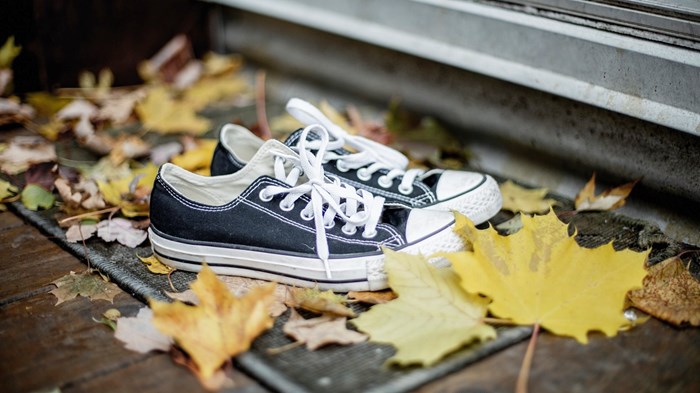 My friend Mark says, "There are some people who just get the call. That is just the way it is."

I picked it up. It was Peter. "Hey Tony, do you still have people stay with you?"

My family has lived communally for over a decade. It is not a particularly fancy organizational structure. If someone comes across our path (or appears on our doorstep), we offer them room … if there is room to spare, that is. Most come for "just a few days … until I get settled," but more often than not stay longer. For as long as two years sometimes: people on the last rations of their faith, folks in life transition, people escaping violence, lovely friends, failed missionaries full of hurt, post-Christians … and many become uncles and aunties to our boys.

Peter continued: "There is this young woman I have known since she was a girl … she has had a hard run the last few years. She is getting her life together. She has a baby. She is looking for a safe environment with a room. Can I send her your way?"

Before I go any further, let me assure you that I was already not having a good morning, having already had a stout argument with my wife. More true to the point, I had not had a very good month—recently laid off from my teaching job, worried about money, and of course, wrestling my ever-present faith-angst.

Pete had called on the wrong morning. It didn't matter that a couple we had met on the streets of our neighborhood (two-year housemates) had moved out just two days before and their room was empty; I didn't want to help. I was so deep in my funk that it didn't even occur to me that, smack in the middle of Advent, I just told a young woman with child that there was "no room at the inn."

Two days before Peter's call, I taught my last class at a local college, a place I had grown to love. It was a preaching class—when his number was called, Nick stood to deliver his final sermon. Nick is an undergraduate, still finding his way around behind a pulpit. However there was one moment in his sermon that I won't soon forget.

Nick was talking about people in need that he passes every day: "They may need a pair of shoes, or lunch, or maybe just a friendly conversation. It seems like when I notice a need, I have been programmed to ask myself, 'Why would I help this person?' I am starting to think that I should instead ask, 'Why wouldn't I?'"

I don't think Nick realized his moment of preaching genius. It was one of those moments where eternity seemed to sink immediately into the soul.

I found myself thinking about Jesus. When Jesus had a chance to touch a leper, he didn't ask, "Why would I?" Jesus thought, Why wouldn't I?

When he learned the Samaritan's woman's village was near by, he said, "Why wouldn't I?"

"If someone asks for my cloak … Why wouldn't I?"

This very morning I was reading the Annunciation story in Luke 1, when Gabriel appears to Mary.

Reading it today again, I had this thought for the first time: When Gabriel told Mary that she would bear the Messiah, did she count the implications of his words? Did she catalog the unending pains, shames, challenges, inconveniences, mockings, and messes that his words would set in motion? Or did she simply say, "Yes."

Did she intuitively know that it was not her responsibility to count the second domino … or the third … or the fourteen thousandth? Did she somehow know that that first domino was more than enough eternity for that day?

Many hours after Peter's phone call, I returned home from a long afternoon of meetings. Having put Pete's request behind me, I helped my boys set the table, we enjoyed a nice family meal, and I went to the kitchen to wash dishes.

Even with the water going, I could hear my wife, Aimee, in the dining room helping the boys with their homework. Hardly realizing what I was doing, I called to her and she came and stood at the end of the counter while I washed.

"I didn't tell you," I said, "Peter called me this morning. He knows a young woman who is looking for a place for her and her baby."

"Yeah, really. Don't worry, I told Peter that we are too tired for that sort of thing right now. I told him we have other priorities. He understood." I paused. "I already gave him our final answer, so you don't have to worry about it … I just wanted you to know."

Then I went back to the dishes.

After about twenty seconds she said, "Tony …"

I have no memory of her ever using that particular phrase before, and we've been married almost fifteen years.

So in the spirit of Mary, Advent is our time for saying "yes" … and not worrying about domino two, or domino fourteen thousand.

This Advent I am trying to ask, Why wouldn't I?

Why wouldn't I make room at our "inn" for someone needing shelter?

Why wouldn't I lend my voice to the marginalized of our world—the victims of classism, racism, and injustice? "I bring you good news of great joy which will be for all the people."

Why wouldn't I embrace the foreigner, the traveler, or the person of vastly divergent beliefs (like the Magi in Jesus' time)?

How about you? Why wouldn't you?